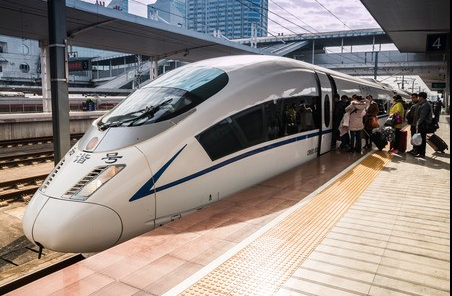 A 3-year-old boy had a close call after he fell on the train tracks of a bullet train at the Wuchang Railway Station in Wuhan, Hubei in China.

The tot and his mother were apparently taking pictures in front of the stationary bullet train as a souvenir. The two were about to catch the ride home just in time for the Lunar New Year holiday, as per Thepaper.cn via South China Morning Post on Feb. 3.

As the mother asked him to take a step back, the boy stumbled and fell into the gap between the train and the platform. A station worker was quick to help the pair and rushed down into the gap where the boy landed.

The boy was unhurt from the tumble, although appeared shaken after being lifted back to the platform. Thanks to the alert station worker, the train did not have to be delayed, and the boy and his mother were able to take their ride home.

This is not the first time a young child had fallen into the gap between a train and platform in China. A young girl, around four or five years old, also fell through the gap of a train in Dalian, Liaoning province last October 2018.

The girl was rescued by station workers and sustained a bump on her head from the fall. Her mother apparently was too busy using her smartphone to notice her child was in danger. Cody Cepeda/JB