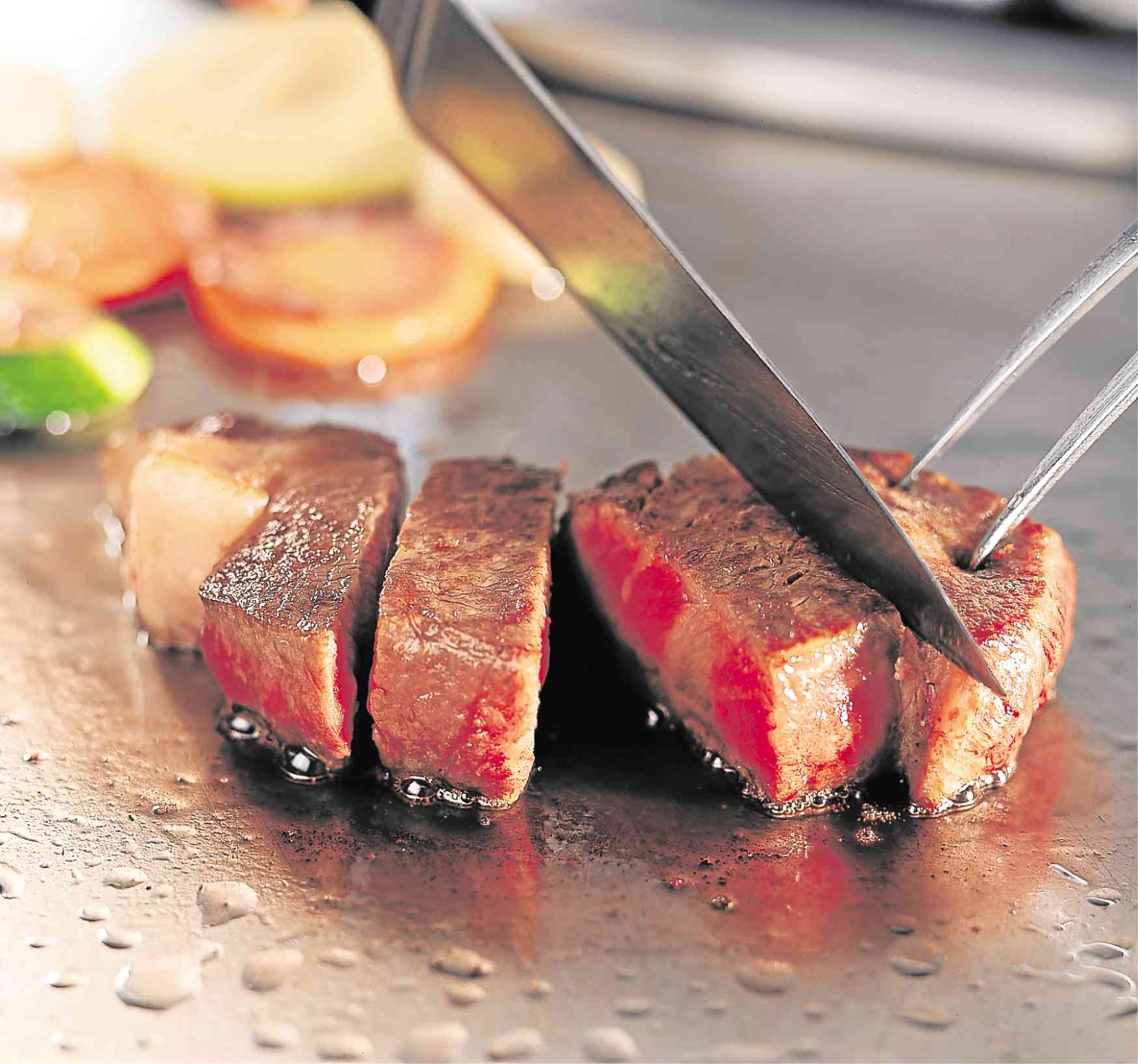 Minami at the Swissôtel Nankai in Osaka is where one can find teppanyaki maestro Shingo Komoto, the restaurant’s sous chef, whose career spans 35 years.

To watch him cook, and to eventually taste his food, is a multisensory feast. His skills are exemplary.

I witnessed Komoto-san get lost in his own rhythm. Every movement was refined and guided by intuition. I was enthralled by his performance. The way he worked his knife was like a fairy waving her wand. His teppan ritual was unlike any I had seen before.

Every mushroom, piece of tofu, sprout and piece of meat had an exact, rightful place on his griddle. He was in full command, even the live prawns seemed to jump on cue, leaving everyone amused.

Komoto’s cuisine, though prepared in fancy fashion, was straightforward and devoid of frills.

The prawns, scallops and fish were so fresh, they tasted of the sea. They were served with a rich Japanese tartar sauce with onsen egg. The chef even demonstrated how vigorously the sauce must be stirred before he allowed me to dip the seafood in it.

The Omi tenderloin and the Kagoshima sirloin were delicious. The scorched vegetables, primarily the sprouts, though simple, were my personal favorite.

The garlic rice with the shimeji mushrooms was hearty.

Attention to detail made the meal more personal and meaningful. I was taken by the salt cellars filled with single-origin salts that allowed diners to season their own food. Each salt had its own character and presented a different flavor.

During the meal, we were offered Kamotsuru Gold sake from the Hiroshima prefecture. The bottle contained sakura-shaped gold leaves. It was the sake that Japan Prime Minister Shinzo Abe and then US President Barack Obama drank in 2014.

Minami’s able team included skilled restaurant specialists like Miho Fujii, a sommelier who hails from Osaka. I learned that it was not common for a restaurant the size of Minami to have its own sommelier.

Fujii-san and chef Komoto elevate the dining experience by pairing their food with exquisite wines the world over, while presenting local recommendations to clients craving an authentic gustatory adventure.

At Minami, “we have masters of the art, true professionals who have extensive knowledge of their craft backed with years of experience,” said Todd Williams, F&B director. “It goes beyond dining and is more of a show of precision and artistry.”