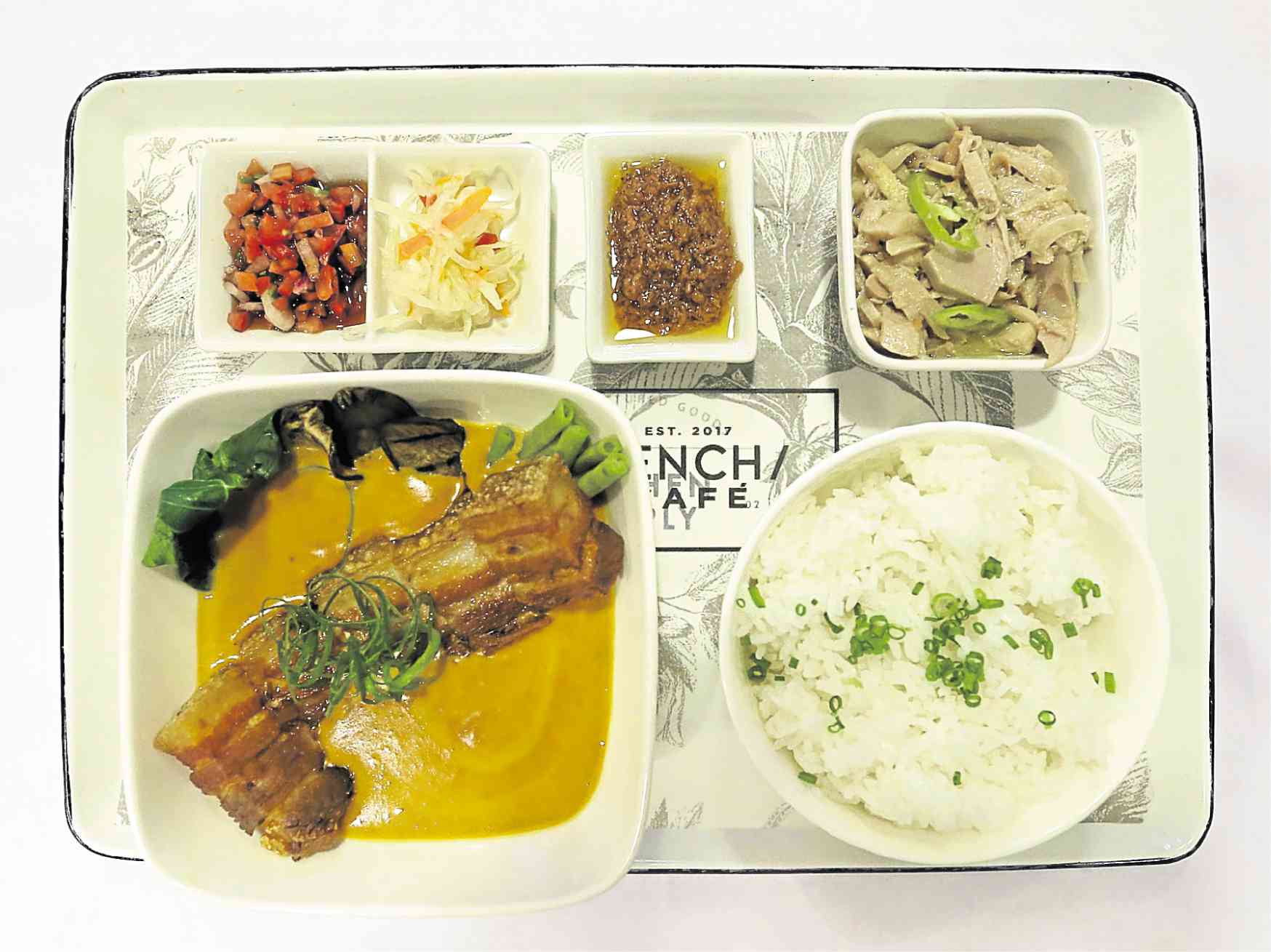 Traditional Filipino with a stylish spin–the flavors of Bench Café

Even before the second branch of Bench Café officially opened at Greenbelt 3 in Makati on Jan. 29, people had been packing the place and enjoying its uniquely prepared Pinoy dishes.

Last December, at the restaurant soft opening, diners started walking into it the moment the Bench Café signage lit up.

The delicious anticipation could be traced to the success of the first Bench Café in Bonifacio High Street in Taguig, which had just turned a year old.

No other local brand carries Filipino pride quite like Bench. Having crossed over from retail to food, it continues to champion Filipino craftsmanship, style and, at the same time, culinary heritage.

With over three decades of experience, the Foodee group created a restaurant concept that was uniquely Bench’s, applying Suyen’s retail philosophies to what—in just a year— became a successful culinary venture.

“There’s a mutual respect and trust in our partnership,” says Eric Dee, Foodee chief operating officer. “For a brand which has an established name on it, and has asked us to operate, it’s so special for us.”

Dee recalls that Foodee and Suyen go a long way.

“When we started a few of our brands like Todd English and Tim Ho Wan, (Bench was) also part of the business,” Dee says, pointing to Bench as a “silent partner.”

“Yet, we are also partners with their businesses like Maisen, Marugame, Pablo, Paul,” he adds.

He points out: “When we were asked to do Bench Café together, we said, ‘Why not? (Chan) is the retail king and we felt that everything he made is for Filipinos. It’s a strong brand.”

Bench Café at Greenbelt 3 has a homey, chic vibe, with classic Filipino dishes given a modern twist by Miguel.

Inasal Liempo is Miguel’s take on the Visayan grilled liempo. “My wife’s family is from Iloilo,” says Miguel. “I try to match the flavor profile of what the local chefs usually do which is smoky, garlicky and a bit sweet.”

His inspiration for Gising-Gising, says Miguel, is the French way of not overcooking the beans. It’s still vibrant, springy with a little texture to the bite.

One of the bestsellers is Bagnet Kare-Kare, not your typical kare-kare with heavy peanut sauce. Miguel’s version is lighter, creamier and smoother.

“I have to lighten the sauce a bit because you have the bagnet which is fatty,” he says.

The menu also features Bench/To, which is inspired by the bento meals of Japan but reimagined to fit the Filipino tradition of family dining.

The café has other Pinoy dining table staples such as street food, rice, silog, merienda, halo-halo and kapeng barako.

Dee says Bench Café brings traditions from all over the islands to create flavors that are distinctively Filipino, in a style that is uniquely Bench, and that is casual but sophisticated, simple but substantial, local but global—all at good price points.

“What I like about Bench Café is that the brand itself has an immediate recognition,” says Dee. “Everybody knows Bench. When people see Bench Café, they don’t feel intimidated. They just walk in, because it’s really made by Filipinos for the Filipinos.”