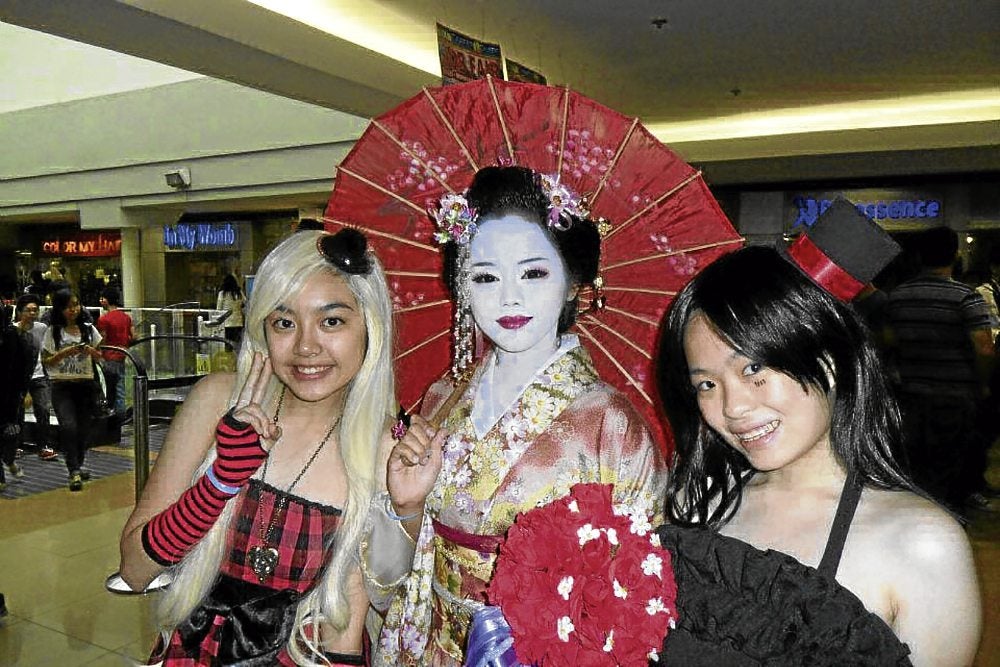 The Otaku Expo 2012 is for the anime nut in everyone

As soon as my friends told me about the anime convention happening on the weekend of Jan. 21 at SM Megamall, I immediately made plans to be there, even if it meant swinging by in between my Suzuki piano lessons and my orthodontist appointment (and dragging my mom along).

It was my first time to attend an anime convention and, boy, was I floored. Who would have known that the Japanese anime craze has become this ingrained in our teen and young adult culture in the Philippines? Crazy as it may sound, being there at the convention felt like home. Just when I thought I’d feel left out coming there garbed up as Hinata of the famed “Naruto” series, I suddenly felt I totally belonged.

We arrived at a little past noon and the queue was already spilling over into the walk path fronting the Megatrade Hall 1 of SM Megamall. The entrance fee was P100 each, a flat rate, whether you were a minor or not.

Otaku Expo 2012 was described by the Philippine Cosplay Convention updates on FB as “one of Otakuzine’s first few events this year for us all.” The event lasted for just two days, but it had quite a packed schedule, from art to karaoke contests to Battle of the Bands and the Fan Girl Asia Dance showdown to Group Cosplay.

I had the privilege of hobnobbing with some cosplayers, including Ciel Phanthomhive, the main protagonist of the “Kuroshitsuji” series. He is the head of the Phantomhive noble family and the son of Vincent and Rachel Phantomhive. I also had the opportunity to pose with the evil ninjas of the “Naruto” series, with one of them even toting a bouquet of red roses and a signboard slung over his neck that read, “I give free hugs.”

There were those who came in with their own made-up characters, such as my suddenly blond-haired friend Lex Martires. School buddy Alexandra So came in as Mio Akiyama, bassist and second vocalist of the light music club of the “K-On!” manga fame. She later on confessed on FB, “(I) had so much fun! Stayed there till 8… My feet are killing me now.”

I was most pleasantly surprised to see that my aikido mate Louis Mangulabnan had come all the way from Antipolo to attend the anime convention. He was queuing up with his friends for a peek at the Maid Café & Host Club. He toted the very same samurai sword-like umbrella I had, also slung behind his back, looking every bit like the warriors-in-training we had come to know each other for.

The very same ‘brellis we toted were being sold at the stalls for P280. Not bad, considering mine, which had been given to me by friends on my birthday, had cost them, at least, seven percent more online last December. At the convention, I also bought a Chibi Final Fantasy tumbler for just P100. Similar tumblers outside would have cost more.

And there were DVDs of Kuroshitsuji’s “Black Butler,” a manga written and illustrated by Yana Toboso; each cost P100, as well. There were a whole lot of other anime and manga literature, apparel and figurines on sale, along with the mountain of stuffed toys from Pikachu to Cinnamoroll that filled a full section of the venue.

The Japanese slang term otaku is often translated to English as “geek” or “nerd.” But from what I saw and experienced at the anime convention, anime and manga are totally beyond mere geekdom. Otaku is all about self-expression, and in this case, a form of fresh Japanese acculturation, the way Hello Kitty also connected with my mom and girls of her generation when they were my age.

Till the next Otaku Expo, anime fans!