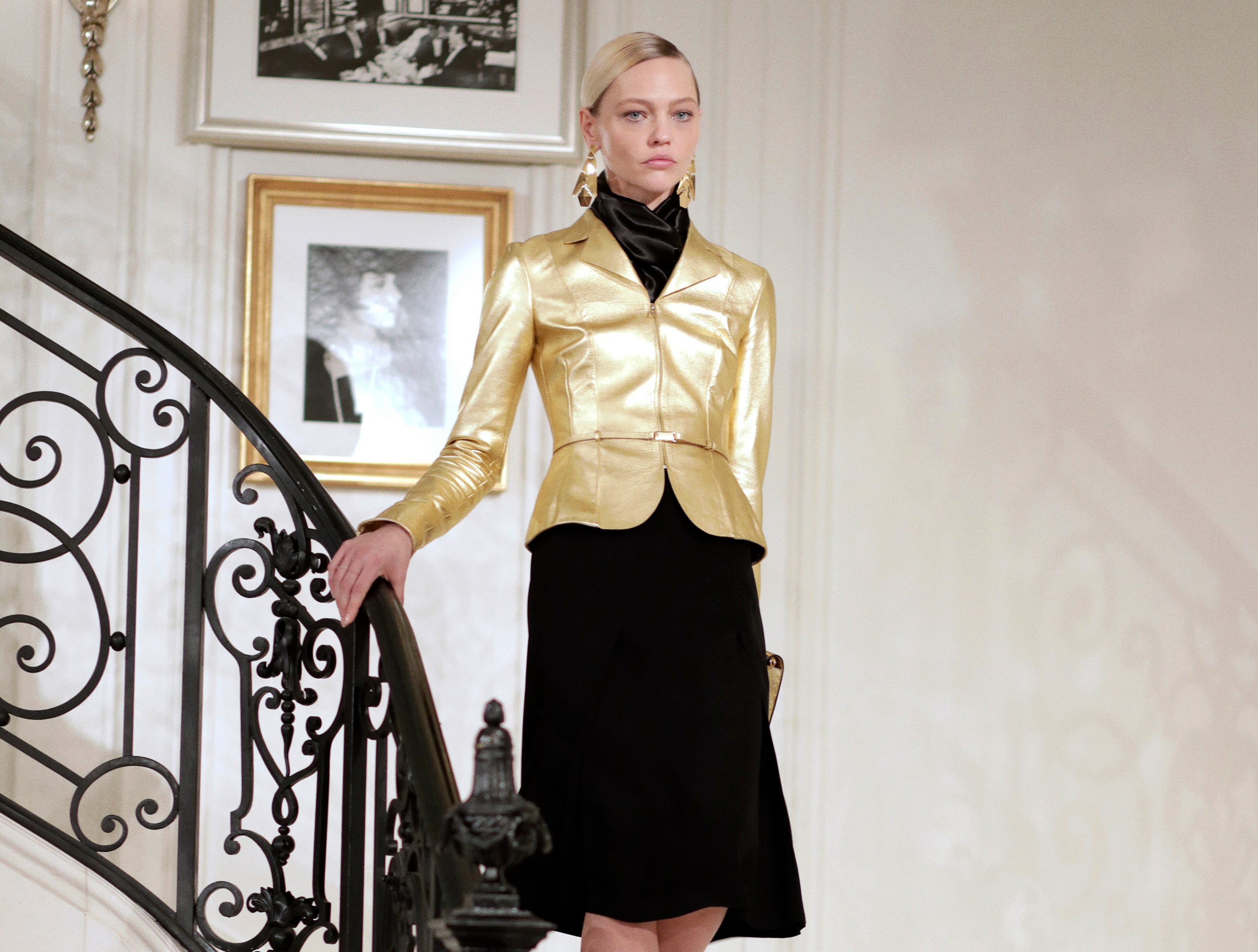 Some fashion with your breakfast? Ralph Lauren gives intimate show

“Can I get you some Ralph’s Roast?”

There was no stage, no spotlights, just models sauntering casually among the tables at Ralph’s Cafe, Lauren’s recently opened cafe space at his Madison Avenue women’s store.

Guests munched on mini-croissants, egg-white frittatas and bagels with smoked salmon as models glided through the room in simple but flowing ensembles in a limited palette of black, white and gold.

Casual looks came first: all-white suits with wide-legged trousers and military-style jackets, for example, or black pants with a shiny gold blazer. There was a series of dresses and jackets emblazoned with large white flowers on a black background.

For evening, it was more black, and especially more gold: a shiny gold floor-length cape, for example, or a shimmery strapless gown. Metallic knits were featured in both casual looks and party looks.

Lauren said he was aiming for a more personal feel this time around. “I wanted to create an intimate experience to share my vision in a more personal way,” he said in a statement.