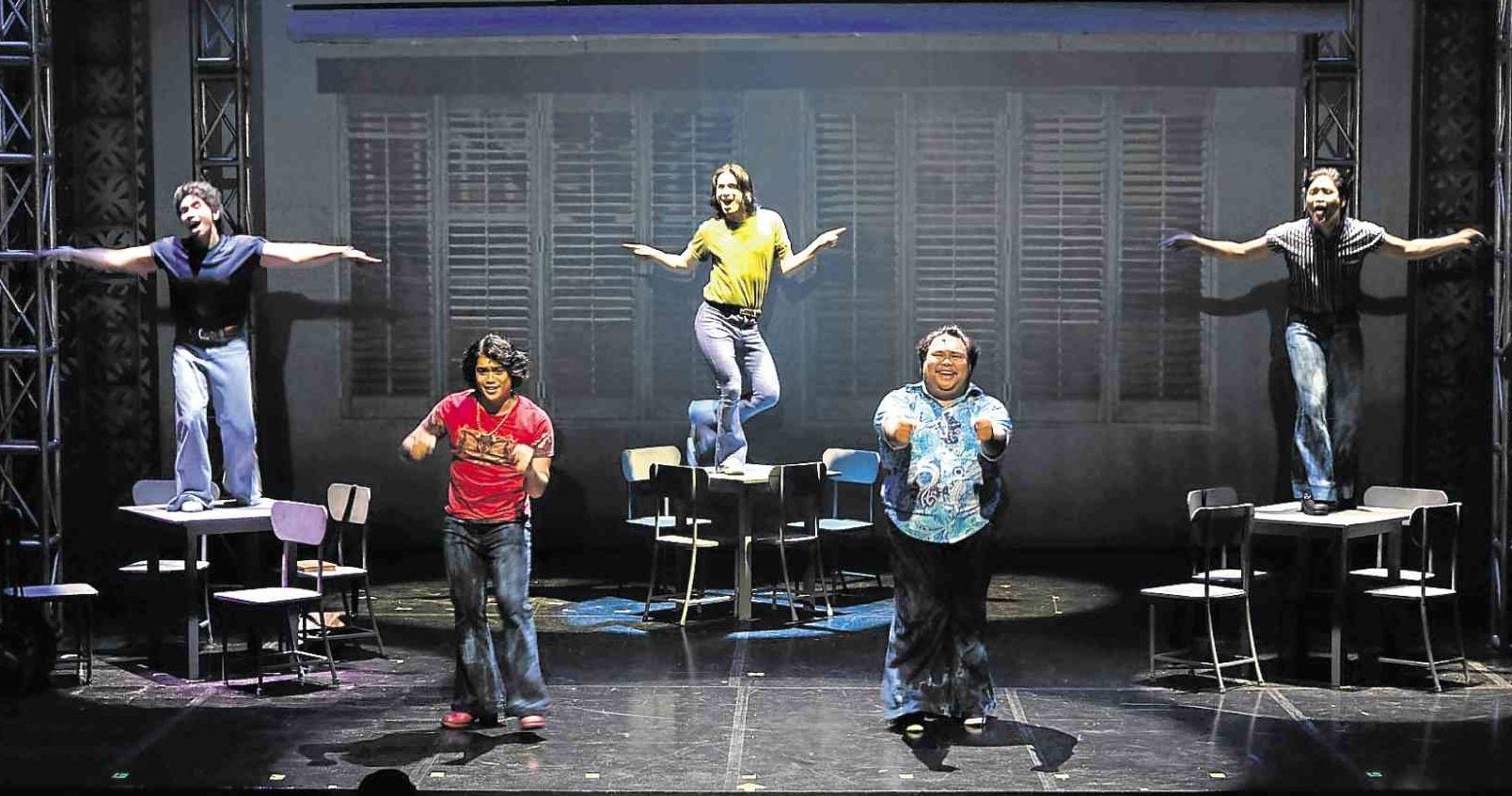 A mark of an excellent piece of theater is its capability to sell you its seemingly unreasonable running time. 9 Works Theatrical and Globe Live’s “Eto Na! Musikal nAPO! is one such piece.

Running at close to three hours, this jukebox musical can definitely use some trimming (Mark Bautista’s almost-back-to-back numbers! That double ending!). But it has returned virtually untouched—no major changes, as director-librettist Robbie Guevara said in an interview with Inquirer Lifestyle. That includes the same shoddy sound, largely thanks to a venue whose interiors were built like a cement cave.

And yet, this production is even better than last year’s version. The APO musical, as it is popularly referred to, has become the very definition of a good time.

More than gracefully carrying itself through its shortcomings, “Eto Na!” knows how to sell its goods with aplomb. The musical now has a more cohesive feel to it, performed by a cast that’s visibly more at ease with the show’s and each other’s rhythms.

On the night we watched, for example, a snafu with a prop bench was straightaway turned into a running gag by the male ensemble, the joke centered on Alfritz Blanche (utterly endearing in his first major theater role).

It’s easy to overlook the odd, redundant inclusion of a song number or two, when you get moments like “Batang Bata Ka Pa,” an early musical high point of the show, rendered as a stirring mother-and-son duet by Neomi Gonzales and Jon Philippe Go; or “Panalangin,” where Jobim Javier, all swagger and sex appeal like a James Dean-Danny Zuko hybrid, reaffirms his distinction as last year’s breakout leading man for musical theater.

Best of all is how the musical pulls off the telling of its deceptively simple story with a large ensemble.

For Boomers and Gen Xers who lived through the Marcos years that “Eto Na!” depicts, the show can be an enjoyable nostalgia trip. But for millennials such as this author, what’s most remarkable is how the musical somehow transports us right in the midst of converging love stories—and really, there are a lot, be it for parent, child, music or country—as they collectively render a world with frightening parallels to the present.

There’s a moment toward the end when this musical stops feeling like a period romcom—a quintessential good time. It involves a grieving family, a stage suddenly awash in red, and APO’s “Pag-ibig.”

That scene, and everything else that follows, transforms “Eto Na!” from being just a magnifying glass on the martial law years into a battle cry against the fascist evils that persist to this day. You emerge from this show not just musically satisfied, but also with a renewed sense of justice, if not hope, for this nation, and an emboldened will to keep fighting the good fight. —CONTRIBUTED