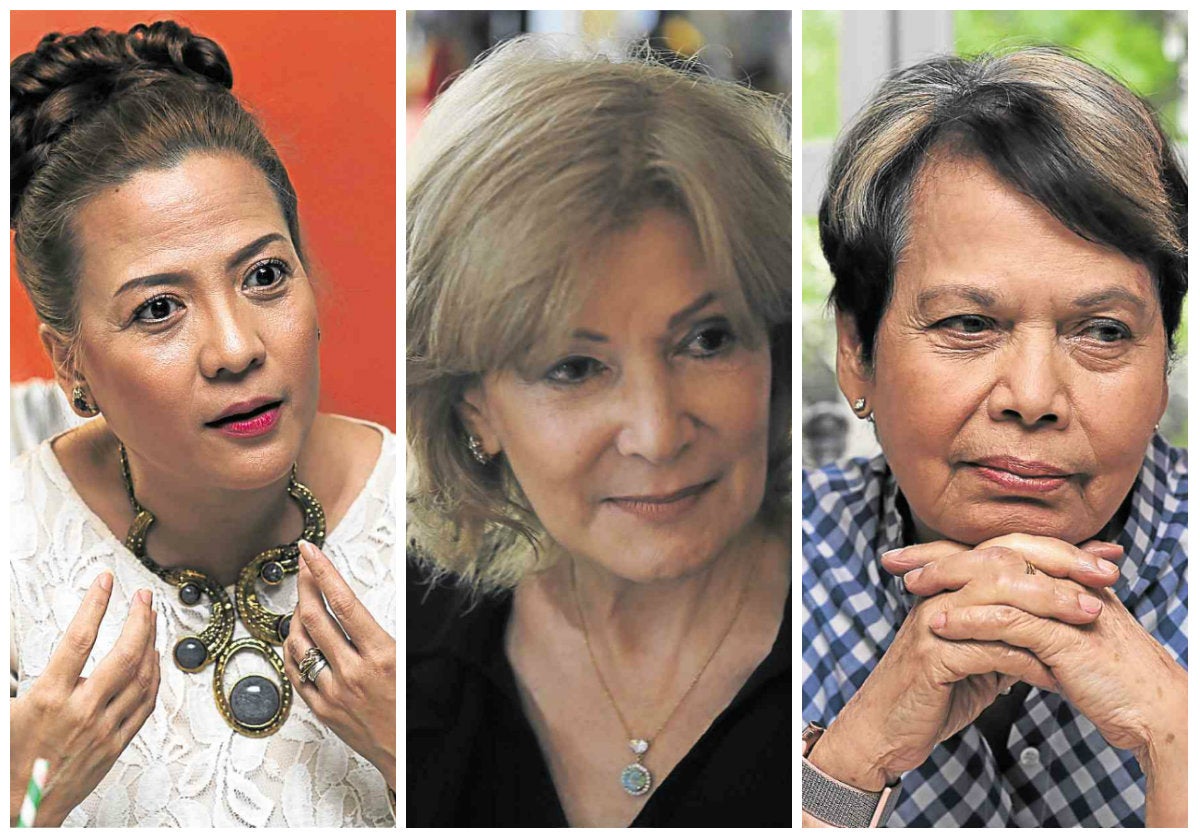 Repertory Philippines (Rep) will open and close its 82nd season in 2019 with two original musicals, penned and set to music by Filipino artists: “Miong,” a remounting of its 1998 biopic of President Emilio Aguinaldo; and “The Quest for the Ibong Adarna,” based on the famous legend of the search of the three princes for the magical bird.

While images of Inang Bayan and of the storytelling sessions in Pilipino by the legendary Lola Basyang come to mind, both plays will be written, staged, and performed in English.

The two other plays in the 2019 season are familiar Broadway box-office hits, designed to touch the heart and tickle the mind: “Father’s Day,” a comedy on bringing up one’s male parent; and “The Dresser,” a revealing look at the complicated relationship between a leading theater actor and his loyal but critical right-hand man.

“We will keep to the family-friendly, the comedy, and the Broadway musicals,” says Rep president and CEO Mindy Perez-Rubio, affirming the formula that has defined the theater company’s culture for more than 50 years.

Yet, this time and in the next few years, it will inject something different. She adds, “I would like Rep to explore doing original shows, but in English. That’s the company charter established by Rep founders Zenaida ‘Bibot’ Amador and Baby Barredo. We maintain our English-language approach.”

Two reasons drive this strategy. The first is pragmatic; Rubio admits it is one solution in case there is difficulty in getting the licenses to produce famous musicals, especially Disney’s and similar popular brands, from overseas.

“Adarna,” written by Rep alumnus Luna Inocian with music by Rony Fortich, opens in September under Rep’s Theater for Young Audiences, which has staged children’s theater based on fairy tales such as “Rapunzel” and “Snow White and the Seven Dwarves.”

The second driver is the desire to reach out to a growing market of millennials: This demographic watched their first theater production with their parents, educated themselves about its shows through YouTube clips, and spend part of their paychecks treating themselves to shows they find interesting.

“The millennials with purchasing power are emerging, and we’d love to capture that market,” says Rep associate artistic director Liesl Batucan. “The theater landscape has changed. More people are watching more theater now. I celebrate that, regardless of whether the show they watch is produced by Rep, Peta or Red Turnip. The millennial audience used to go only to the movies.”

Still, the entertainment choices available to this age group, to an extent that was not accessible to their parents, also provide challenges. For every newbie who buys his first theater ticket, several of his friends would rather go club-hopping at night, or flock to concerts of foreign artists who charge five to 10 times more than the usual theater ticket price.

This is where the relevance of the material being performed can make a difference. Artistic director Joy Virata considers it as the factor behind the commissioning of “Adarna” and the resurrection of “Miong.” The Filipino folk tale on courage and family duty has etched itself in the consciousness of several generations. Watching it reimagined in ballet one time, Virata, who heads the Rep’s young people’s theater, caught herself thinking, “Why not do this for children and in English?”

“Miong’s” restaging is just in time for the 150th birth anniversary of Aguinaldo, the father of Philippine independence. Virata, who wrote the musical’s libretto and is related to the Aguinaldo clan, believes that there might be greater interest in the musical today, given the recent box-office success of historical movies like “Heneral Luna” and “Goyo.” Antonio Luna (“Heneral Luna”) and Gregorio del Pilar (“Goyo”) fought alongside Aguinaldo; both were generals under his command, the first a fiery critic and the second a stalwart ally.

Creative treatments of the historical figures are diverse and their conflicting positions could raise controversy. Virata makes her case: “It is time to present Aguinaldo to the younger generation. The Philippines is the first country in Asia to be declared a republic. It was under his term that our flag was designed and our country declared independence. You can’t refute the fact that he drove out the Spaniards, but unfortunately lost to the Americans.”

Not that all Rep plays will be puritanical, but there has to be a middle ground, says the CEO. “We can still do plays with nude scenes like ‘The Graduate,’ but not perform them in an edgy manner.”

Ultimately, any selection of the season plays might mean striking a thematic and artistic balance. Perez-Rubio maintains that the plays must resonate with the millennials. Batucan says that they also consider their loyal audience “who had been with us from the beginning.”

One way to create that equilibrium is to build on proven material by using new platforms. Rep’s new partnership with Cigna TV will feature behind-the-scenes in the making of “Miong,” from initial concept, rehearsals, artistic execution, to the play’s premiere. Collaboration with other theater companies, here and abroad, is in the pipeline.

The plays of future seasons may stay the same or veer off a little, but Batucan says one thing will remain constant:  “We will continue to pay tribute to the legacy of Tita Bibot Amador.” —CONTRIBUTED