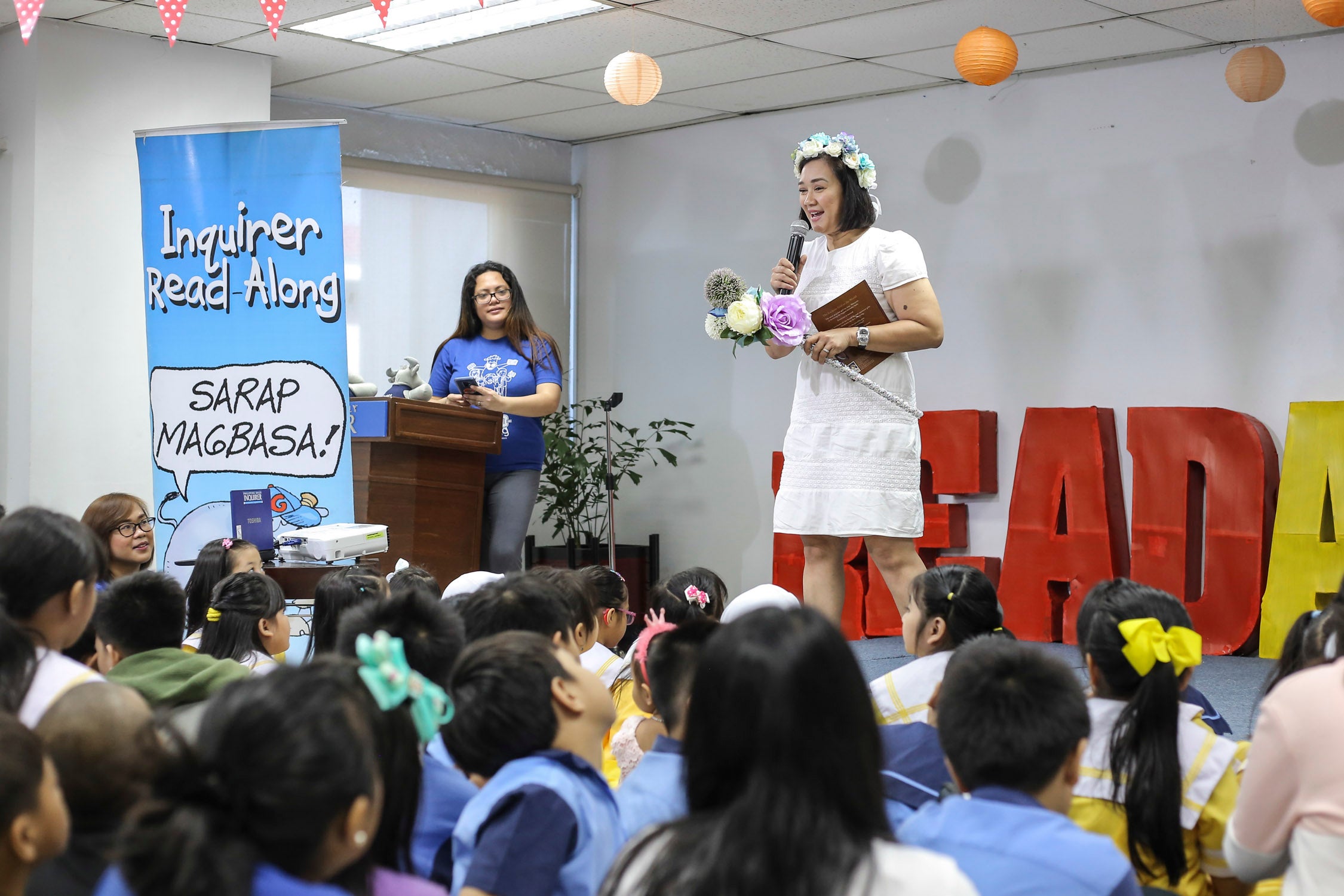 MANILA, Philippines–Tales of unconditional love were told to over 70 kids during the Inquirer Read-Along’s celebration of love month at the Philippine Daily Inquirer’s office in Makati on Saturday morning.

Ledesma read the biblical story of Joseph’s unconditional love to the Virgin Mary while she conceives Jesus through the Holy Spirit.

Upon knowing her pregnancy, Joseph had in mind to divorce her quietly. But an angel appears and explains to him that he should not be afraid to take Mary as his wife as she is bearing the Son of God. Joseph follows the will of the Lord and takes Mary home as his wife.

“There should be respect on each other in a relationship so it would flourish and become a good one basically,” Ledesma said.

A Born-Again Christian, Ledesma urged kids to learn valuable stories from the Bible.

“There are deeper meanings in all the stories in the Bible that can change our lives. We learn more about God and His grace upon us through Jesus,” she said.

Abacan read “The Luckiest Girl in the World” by May Tobias-Papa. It tells how Carmina provides the most precious gift to the most popular girl in her class compared with the expensive presents from her other classmates.

Now on its 12th year, Inquirer Read-Along is a corporate social responsibility project of the Inquirer that aims to foster the love of reading among children.

Since 2007, more than 20,000 children aged 7 to 13 from about 50 cities nationwide have joined the program, which has featured more than 400 celebrities, leaders, educators and other youth role models as storytellers./jpv