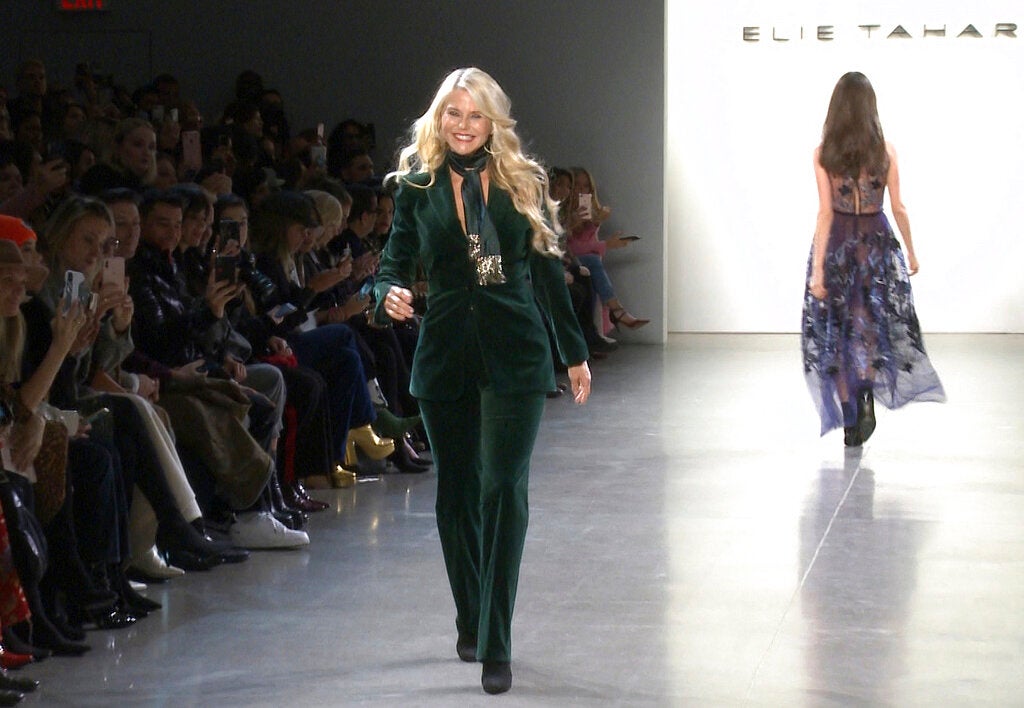 NEW YORK — Designer Elie Tahari celebrated his 45th-anniversary show with a pair of models at either end of their careers — veteran Christie Brinkley, 65, and her rising star daughter, Sailor, 20.

“I am so honored to be here, and I think that it is so wonderful that he chose me and my daughter to present both ends of the spectrum,” Brinkley said.

Tahari explained that the supermodel featured in one of his very first runway shows. “She is more beautiful and moves better now,” Tahari said. “She has more confidence, independence and style.”

Brinkley’s daughter, Sailor Brinkley Cook, modeled three looks in the show and greeted her mother with a high-five as Brinkley came out for the show’s grand finale. Sailor said it was hard to keep a straight face while on the runway with her mother.

“I mean we were just cracking up passing by each other — it was hilarious,” Sailor admitted. “I try and keep this straight face, model face and then the second I saw her coming out I was like ‘Oh, my god!'”

Brinkley, 63, back in swimsuit in Sports Illustrated