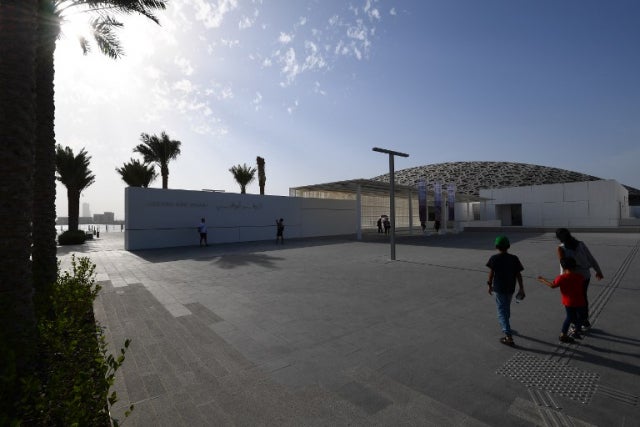 The Louvre Abu Dhabi, the first museum to carry the famed name outside of France, announced Sunday it would roll out works by Dutch masters Rembrandt and Vermeer this month.

Works by the two artists are part of the gallery’s first exhibition this year, entitled “Rembrandt, Vermeer and the Dutch Golden Age: Masterpieces from The Leiden collection and the Musee du Louvre”.

The exhibit, on display in the United Arab Emirates’ capital from February 14 to May 18, is dedicated to the famed “fijnschilders” — fine painters — of the Netherlands.

“He’s a universal genius, he’s connected to the world.”

The exhibition includes 95 works, including Vermeer’s “Young Woman Seated at a Virginal” alongside Rembrandt’s “Portrait of a Man” and “Study of the Head and Clasped Hands of a Young Man as Christ in Prayer”.

It was marketed as “a universal museum” celebrating cultural exchange and tolerance.

The museum has reportedly cost the UAE around $1 billion, including upwards of $500 million to use France’s “Louvre” brand.