Traditional Cordillera art goes back to the future | Inquirer Lifestyle 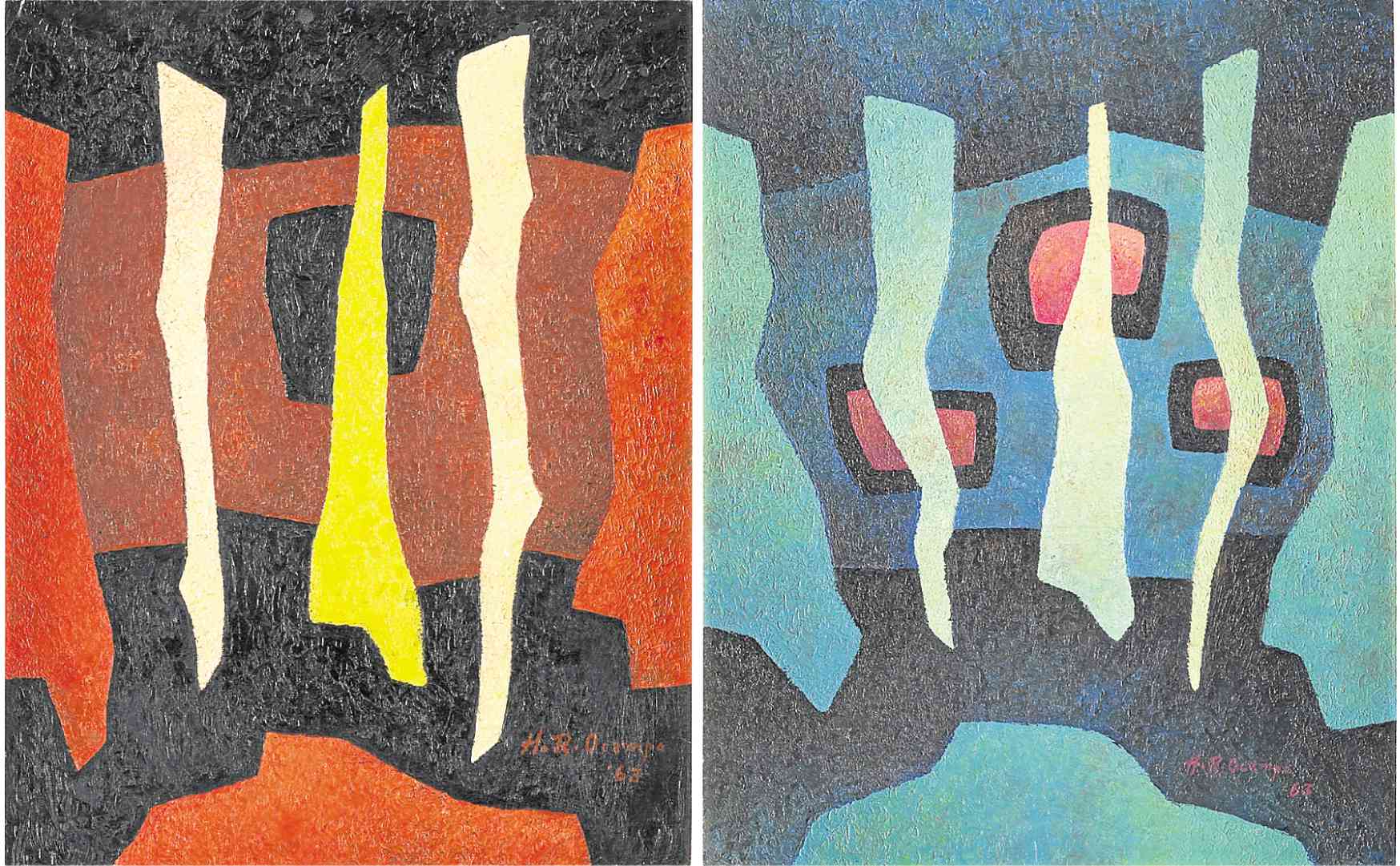 Traditional Cordillera art goes back to the future

Hong Kong-based Asian Art: Future (AA:F) will present its impressive collection of traditional Cordillera art in an exhibit that aims to further the understanding of how artists from different continents and belonging in different epochs could share a common language of visual aesthetics.

“Juxta:Position” shines the spotlight on the wooden carvings closely associated with the Ifugao peoples of northern Luzon and places it on equal footing with artworks by 20th- and 21st-century Filipino artists such as José Joya, Federico Aguilar Alcuaz, H.R. Ocampo, Lee Aguinaldo, Cesar Legaspi, Arturo Luz, Fernando Zóbel, Lao Lianben and Gus Albor, who created a painting specifically for the exhibition.

The bulul (carvings of the Ifugao rice god, mostly in its trademark squatting position), punamhan (wooden ritual boxes where leaves, seeds, amulets are stored) and other artifacts from AA:F’s collection were culled from old collections across Europe and the United States.

According to AA:F chair Martin Kurer, the “aesthetics of reduction” had always fascinated him and its universal and widespread use, whether in Asia, in Africa and in Oceania is something worth looking into.

“I am not looking at the use of these aesthetic principles from a scholarly point of view,” Kurer said. “Rather, I look at pieces of art from different backgrounds and periods, and attempt to search some aesthetic interaction or connection among them.”

In the accompanying catalogue “Juxta:Position (The Aesthetics of Reduction),” Kurer goes into greater detail on the aestheticism of the carvings of the Cordillera peoples, which, he writes, can also be perceived and described as utilizing an artistic vocabulary similar to the one of the Abstract Art movement. The second part highlights the bulul’s, boxes, kinahu and spoons of the Cordillera peoples, as photographed by At Maculangan of Pioneer Studios, Manila.

The Swiss lawyer and art collector has an impressive catalogue of tribal art pieces gathered mostly from the Philippines and around the globe. The AA:F is nonprofit and they’re doing the exhibit for purely educational purposes. Some of the tribal pieces were exhibited at the University Museum and Art Gallery at Hong Kong University last year.

(AA:F) is a Hong Kong-based private collection of traditional and contemporary Asian art. Currently it is sponsoring a multiyear project looking into the aesthetic values, the expression of traditional art from the Philippine Cordilleras.

Kurer, who doesn’t consider himself as an art scholar, feels that art nowadays has become too commercialized and that perhaps it is time to look into these tribal art pieces and its purity. “These were made as functional pieces by indigenous peoples regardless of its artistic merits,” he said.

Kurer said he was inviting the audience to look at the partnered pieces with renewed interest. Perhaps in the process, such would spark a dialogue on the aesthetic vocabulary of the two genres of artistic creation, which may not have much in common, he added. Yet, through the simplicity, directness, discipline, the reduction to the essence, understatement, and the ability to show a hidden reality, it does.

This approach, Kurer added, is not to subordinate traditional Cordillera art to the viewpoint of “modern” or “fine” art point of view but to allow both sources to be looked at on the same level.

“That also means to avoid looking, in the traditional approach, at the Cordillera pieces shown from the perspective of their anthropological, ceremonial and functional background and use,” Kurer said. “What the exhibition and juxtaposition focuses on is the artistic implementation of the carver’s dealings with the spiritual world in their natural environment, and the search for the unconscious, and how it correlates or connects with the same search for aesthetics of their modern artistic counterparts.”

Similar exhibitions were done before in 1988 by the Museum of Modern Art, New York in 1988 and accompanied by William Rubin’s catalogue, “The Primitivism of Modern Art,” and in 2009 by the Fondation Bayeler in Riehen/Basel titled “Visual Encounters, Africa, Oceanic, and Modern Art,” which showed tribal masterpieces alongside works of Vincent van Gogh, Paul Cezanne, Wassily Kandisnky, Rousseau, Constantin Brancusi, Henri Matisse, Piet Mondrian and Mark Rothko.

More recently, the exhibition of Les Collections Barbier-Mueller, “100 Years of Passion,” showed tribal art pieces from Africa and Oceania in the context of contemporary art of Baselitz, Jeff Koons and others.—CONTRIBUTED