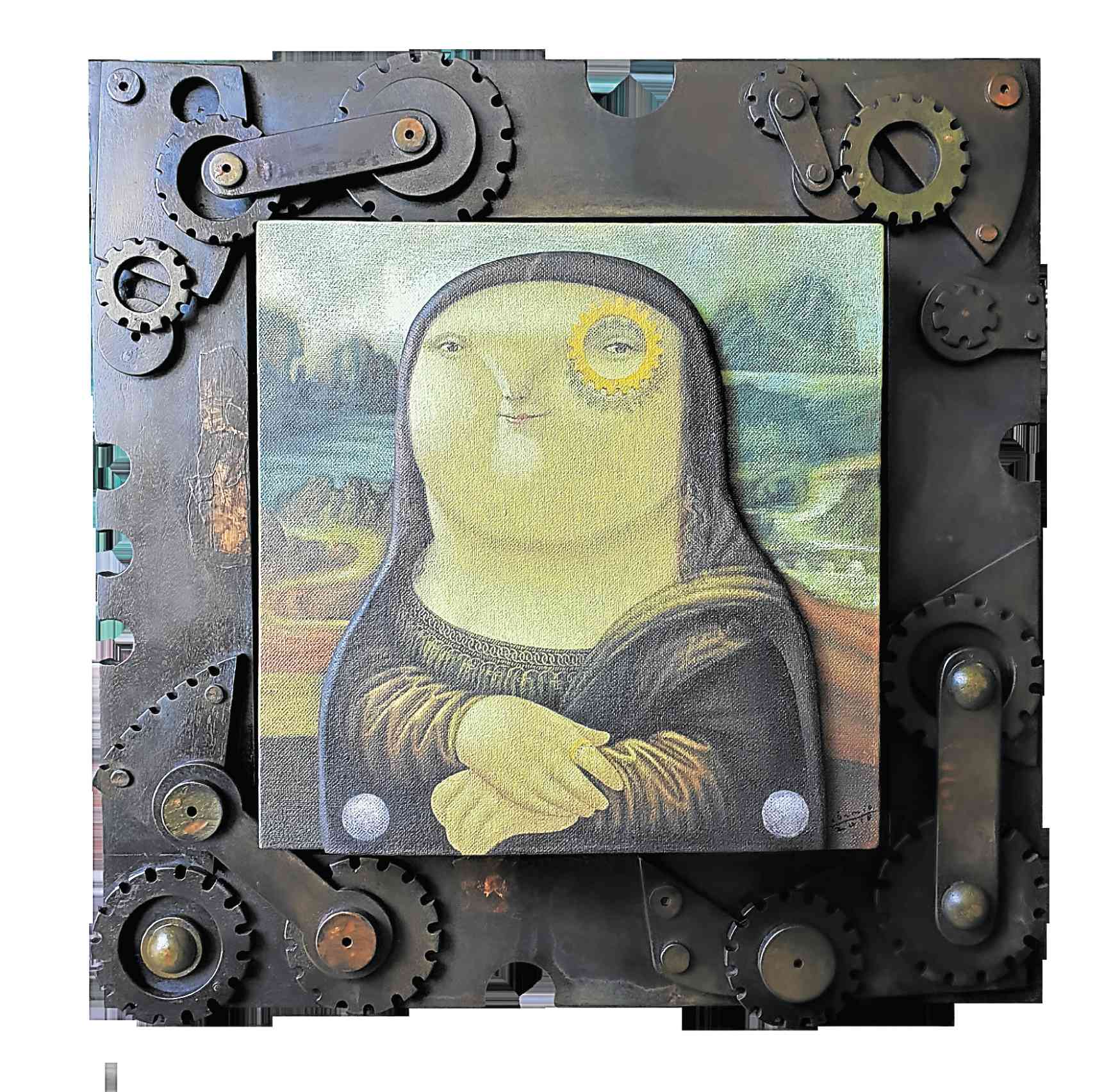 Among theworks on display at “Affinity” two-man exhibition 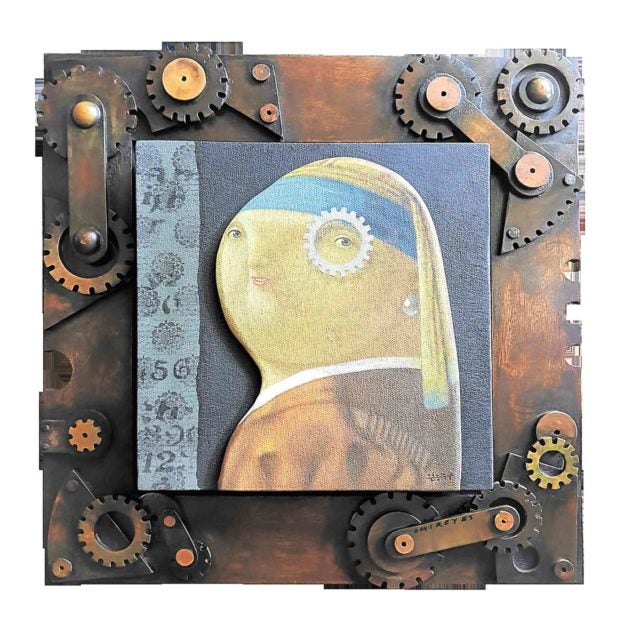 “Two mountaineers roped together.” That is how the French artist Georges Braque described his artistic relationship with the Spanish-born Pablo Picasso.   “Affinity” is the title of a tandem, or two-man exhibition, of artistic colleagues Roel Obemio and Omi Reyes, on view at the The Gallery of Solaire Resort & Casino.

Unlike Picasso and Braque, however, the art of Obemio and Reyes, beyond personal friendship, might not easily be construed as having affinity with each other, certainly not when it’s based on their subject matter and working technique

—affinity, being a spontaneous or natural liking or sympathy for someone or something. One might even consider their subject and style as opposites: the gentle humor and stylish execution of Obemio in contrast with  the sober and earnest labor of Reyes.

Obemio has gained renown and market popularity with his appealing style depicting figures and objects rendered in exaggerated volume. It is a style called “Boterismo,” after the Colombian artist Fernando Botero, who himself adamantly claimed that he “did not paint fat people” but rather “volume.”

Reyes, on the other hand, has made his mark as a sculptor engaged in the aesthetics of the machine. While alluding to the images and energies of the machine, essentially his materials are, ironically, wood, buttressed by the incorporation of metallic parts such as bolts and rivets. What has emerged as his signature image are the cog-and-gear.  Reyes’ works have an affinity to Futurism, the Italian art movement that strived to capture and reflect the “dynamic energy and movement of mechanical processes.”

To those who may be wary of collaborative work, it is well to remember that many other art forms such as a symphony, a movie, opera and ballet are the work of several individual artists, each with his own expertise. In these endeavors, not one singular individual is credited for the work, but rather the various talents who have merged and fused their talents in one cohesive whole. In doing their collaborative work, Obemio and Reyes have integrated their individual styles, subject and material to create works that would end up being greater than the sum of their individual parts.

But in simple human relationships, the art of  Obemio and  Reyes has been forged, not surprisingly, by their affinity and passion for art, a friendship forged in the smithy of the Saturday Group. Interestingly, 2019 is the last of the three-year term of Reyes as head of the esteemed art group, while Obemio, a logical wise choice, has been tapped as its succeeding leader.

Indeed, in “Affinity,” these two Saturday Group stars may themselves be likened to “two mountaineers roped together.” For both have always aspired to reach the summit of their art. —CONTRIBUTED