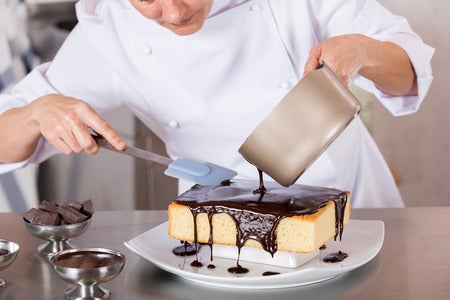 Culinary film festival in Berlin screens films from Canada, US, Japan and Iran

Films that explore the relationship between food, culture and politics will be given the spotlight at the 13th edition of the Berlin International Film Festival’s Culinary Cinema.

This year, 10 documentaries and two fiction films will be screened under the theme “A Taste for Balance” in reference to the balance of flavors in food and the need for balance in healthy democracies.

Opening the festival’s culinary program is the Canadian documentary “The Heat: A Kitchen (R)evolution” by Maya Gallus, which explores the paradox of women and food and delves into the ongoing discussion of female representation in the fine dining world.

“Everyone’s first experience with food is in the womb; and in the following years, it is often women who care for our culinary needs. Yet in the kitchens of top restaurants women hardly play a role,” reads a synopsis.

Two episodes of “Chef’s Table” will also be screened, starring London chef Asma Khan and Mashama Bailey of Savannah, United States, for seeking the balance between the past and present.

“Film and food have several things in common,” said curator Thomas Struck in a statement. “Not only are they enjoyed within a certain period of time, but they are also created out of a variety of elements. The art is to keep the ingredients and time in balance.”

Guest appearances throughout the festival will include chefs Angela Hartnett, Kiko Moya and Yotam Ottolenghi.

Other international films that will be screened throughout the culinary program include submissions from Peru, Japan, Spain, Indonesia, Greece and Iran.

Culinary Cinema at the Berlin film festival runs from Feb. 10 to 15. JB