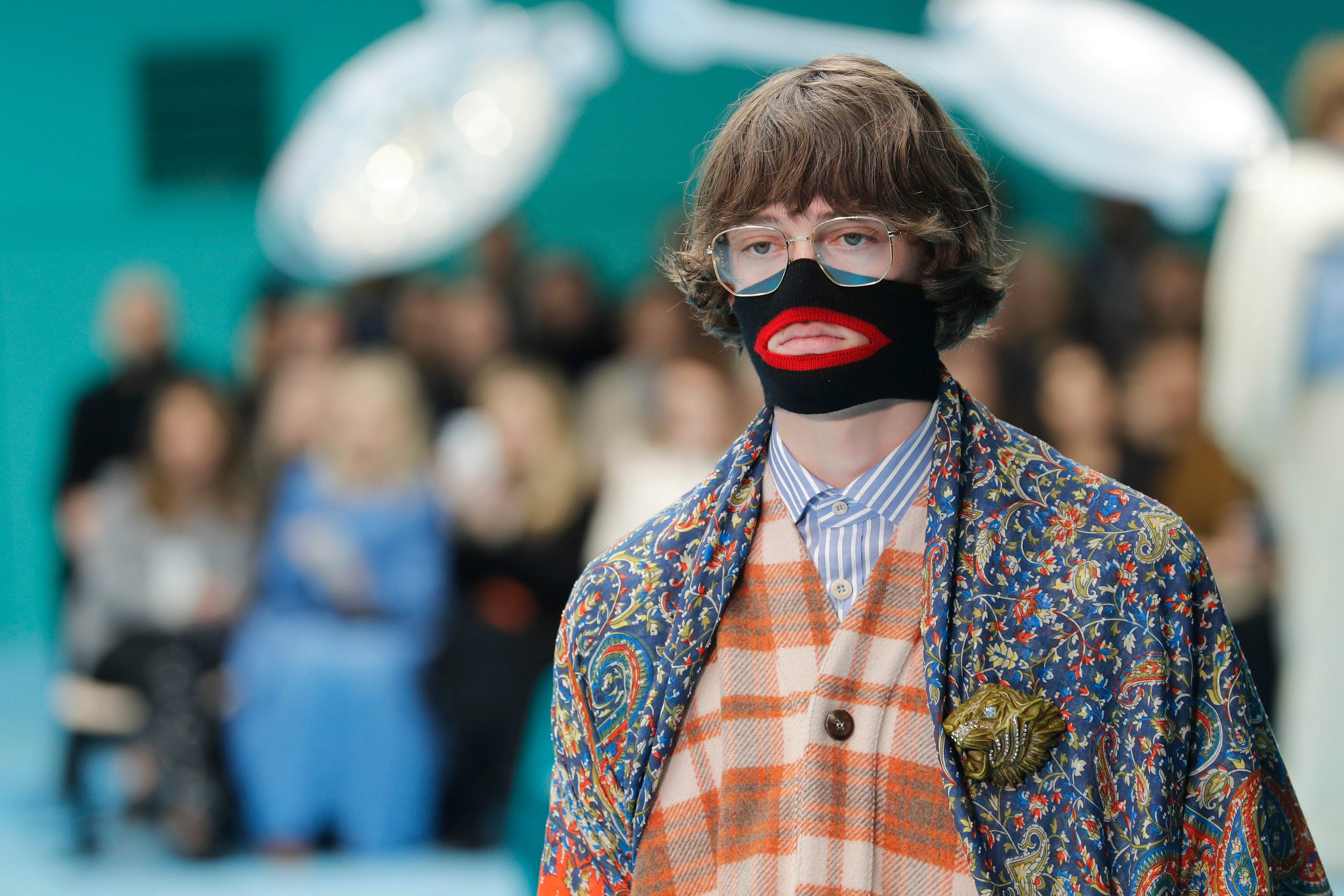 In this Feb. 21, 2018, file photo, a model wears a creation as part of the Gucci women's Fall/Winter 2018-2019 collection, presented during the Milan Fashion Week, in Milan, Italy. Image: AP Photo/Antonio Calanni, File

Alessandro Michele, a design force at the Italian fashion house, lamented in a letter to employees both his own pain and “that of the people who saw in one of my creative projects an intolerable insult.”

The black sweater with a pull-up neck featured a cutout surrounded by cartoonish red lips. Michele wrote that it was not inspired by blackface but by the late Leigh Bowery, a performance artist, club promoter and fashion designer who often used flamboyant face makeup and costumes.

Regardless, Michelle said, he takes “full accountability” for the sweater, which was pulled last week amid widespread criticism.

Gucci has apologized, saying in a previous statement posted on Twitter that it was committed to diversity and considered it a “fundamental value to be fully upheld, respected and at the forefront of every decision we make.”

The balaclava-style sweater that covered the nose above the cutout was ridiculed on social media as insensitive and racist. It emerged as attention in the U.S. was focused on old photos showing politicians with their faces blackened.

Other fashion brands have made similar missteps.

In December, Prada said it was no longer selling a line of accessories that featured a character with brown skin and exaggerated red lips after complaints they resembled blackface.

Michele’s internal letter was reported by the site Fashionista.com and Women’s Wear Daily.

Marco Bizzarri, Gucci’s president and CEO, told WWD, “The lack of knowledge of diversity and the consequent understanding are not at the level we expected, despite all the efforts we did inside the company in the last four years.”

The company is now “evaluating all the processes” to ensure “the right level of awareness and visibility,” he said. NVG