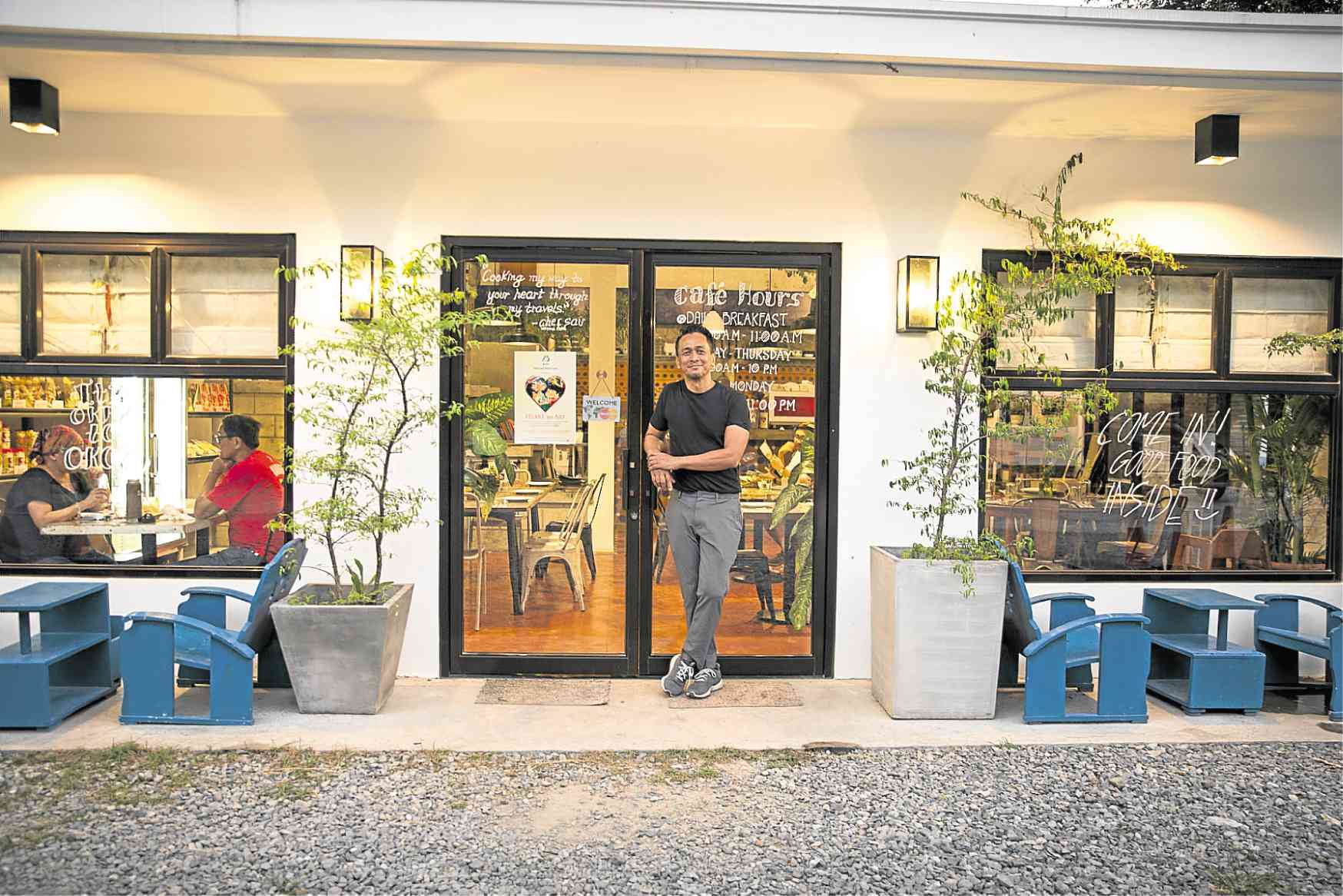 This was a week that left me the worse for wear, but I managed to get a few good meals.

Last Thursday, friends and I headed down to Pampanga. As the day progressed, my notes were becoming increasingly illegible. Sau del Rosario, our guide and mentor for the trip, protested: “But we’ve only scratched the surface!”

And I could see how this was true—the breadth and depth of Pampangueño cuisine seemed endless. Despite having been turned off by Pampanga food, specifically by a few food snobs from that province who felt their cuisine was the only one worth knowing, I came away impressed and wanting to know more.

We ended up having coffee in Sau’s restaurant in a restored ancestral house in a heritage area. It’s actually two restaurants sharing the space: 25 Seeds in the central dining room, and Café Fleur, which has moved to a small extension off  the main house. It’s beside an herb garden where some of the produce that ends up in Sau’s dishes come from.

25 Seeds was still closed because it was mid-afternoon, but we got to try some of the Café Fleur food, starting with the tamales.

What’s interesting was that we had just visited a tamales maker that morning—a woman who had been doing it the traditional way and selling them in the market since 1972.

The original version is an attempt to replicate the Mexican version (or at least one of the Mexican versions, since there are myriads) by substituting galapong, or ground rice, for the masa, or corn flour, that the Mesoamericans would have used. Instead of corn husks, we use banana leaves, a lot of them.

Opening the many layers, you will find a starchy, pudding-like rectangle, fragrant with the scent of banana leaves and the annato oil with which it has been liberally doused, topped with boiled egg and chicken.

This is usually taken by workers to the fields, or opened as a treat after Simbang Gabi, or packed off for soldiers going to battle.

In the rarified space of Sau’s restaurant, the tamales takes another form—a flan in a round glass dish, topped with edible flowers and wedges of egg, served with soft, round buns.

Although you don’t have to liberate it from an embalming of banana leaves and string, and the blandness of the pudding has been replaced by a deep umami broth, the traditional version and Sau’s own take obviously share one DNA.

After serving the dish—somewhat cheekily—to a Mexican gentleman, a few days later Sau received a round-trip ticket to Mexico. “I thought I was being punished,” he said, “that I was being told to go and learn how to make tamales properly. It turns out that they wanted me to show them how to make my tamales. They were so proud of how their tradition had been kept alive and evolved in our country.”

After a day of eating in some of the most rough-and-ready and unpretentious restaurants in Pampanga, it was interesting to see what Sau’s upmarket take on the region’s cuisine would be.

“It’s so hard to open a Pampangueño restaurant in Pampanga,” he said. “Because the food will never be as good as someone’s mother’s or grandmother’s cooking. So I decided to do something completely different.”

Although Sau refers to his tamales as a “deconstructed” version, I myself find that the word conjures too many bad memories of mediocre chefs trying too hard to do something with food that doesn’t really have to be done. Hot chocolate that comes as hot milk and chocolate isn’t deconstructed—it simply hasn’t been made.

Just as Jordy Navarra of Toyo Eatery tells me that he’ll never do a dish in a nontraditional way just for the sake of doing it, I think that Pampanga cuisine, as wonderful as it is, cannot rest on its laurels. Like any living, breathing piece of culture, it has to evolve—like when chefs who are rooted in that culinary culture push the envelope.

Café Fleur is the kind of restaurant one would love to have in Manila. But it would never work in Manila because of  economics. There’s too much noise, it isn’t a Japanese franchise, and the portions are too generous.

Aside from the tamales, we had kare-kare (with macadamia nut sauce), humba, and sisig paella. Dessert was pandan sans rival and jackfruit cake. All were sublime.

I’ve never made a secret of being a great fan of Sau’s endlessly inventive cooking and his obsessions—Thai food, for example, or, more recently, his summons on behalf of tamales, Mexican cooking at Frida Taqueria.

We promised to return for the farm-to-table experience at 25 Seeds. In the meantime, I wholeheartedly recommend Café Fleur as a stop if you’re in Pampanga, or as a brief detour if you happen to be on the road home from the north. —CONTRIBUTED