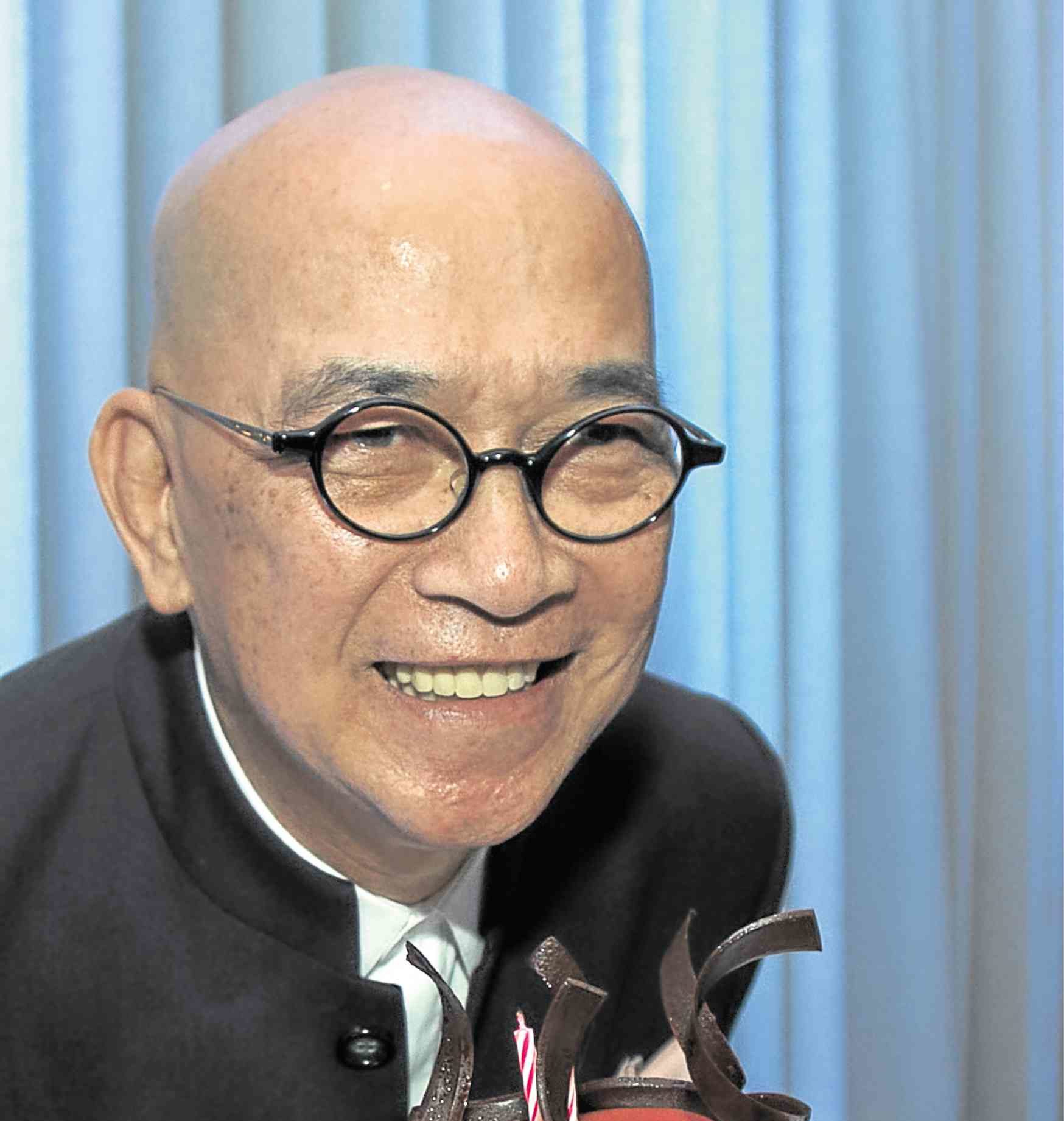 Wickedly funny Gaupo on his 70th birthday in 2017

This Sunday’s “Entwine 2019 Face-Off Bridal Edition” will have a bittersweet side story, as the show, presented by Inquirer Lifestyle and Seda Vertis North, pays tribute to the late Cesar Gaupo.

Gaupo was set to be one of the featured designers of “Entwine,” but he died in his sleep on Jan. 19. The night before, he  hosted a birthday party for his closest friends and family. He turned 72 on Jan. 6.

Instead of the bridalwear he promised Lifestyle editor Thelma San Juan for the show—“Of course, love kita, eh!” he had told her—guests in the Quezon City show on Feb. 17 will see some of Gaupo’s evening wear, which his atelier graciously lent. His former clients have also been asked to come in their Gaupo.

Gaupo participated in previous “Face-Off” shows, including “Masters and Millennials.”

“Cesar’s legacy in fashion will always be remembered and cherished by all those who had the opportunity to be dressed by him,” said Randy Ortiz.

Gaupo was among the most loved personalities in local fashion, a diminutive man with great talents but with an ego that seemed to match his tiny frame. He remained humble and modest despite the accolades. He was wickedly funny and had an infectious giggle.

This writer recalls an interview with Gaupo years ago. A fashion website had earlier characterized his collection for a fashion show as having been made for the “fasyon tita,” a veiled putdown on a collection that included 1970s-style long tent dresses and structured jumpsuits, even pants playfully slashed on the sides, with thigh-high shorts underneath.

Asked to react, he simply laughed and let out his familiar giggle. “Whoever said that doesn’t know classic design,” he said. “Just because it’s refined and sophisticated doesn’t make it ‘tita.’ Some people seem to think that a design has to be ‘edgy’ to be young. You can be young and refined.”

While he was favored by mature women, he also dressed their daughters. “But even when I do something [for the younger clients], I like to think that there’s still sophistication,” he told me in another interview.

“I’m not expensive, I just want my clothes to feel and look that way,” he said.

Gaupo had an extraordinary knack for bold color combination so that it became one of his signatures. And perhaps owing to his stint as creative director of Hong Kong’s Shanghai Tang, elements of orientalia often made their way into his designs (often unintentional, he had told us)—not just in fashion but also in his interior and home design.

“Cesar inspired me from day one of my career,” said Lulu Tan-Gan, a close friend and collaborator. “I hope to always be quick to adapt to changes like him. His style is timeless and will remain relevant. His designs transcend trends. This tribute hopes to remind this generation of what fashion design genuinely means.”