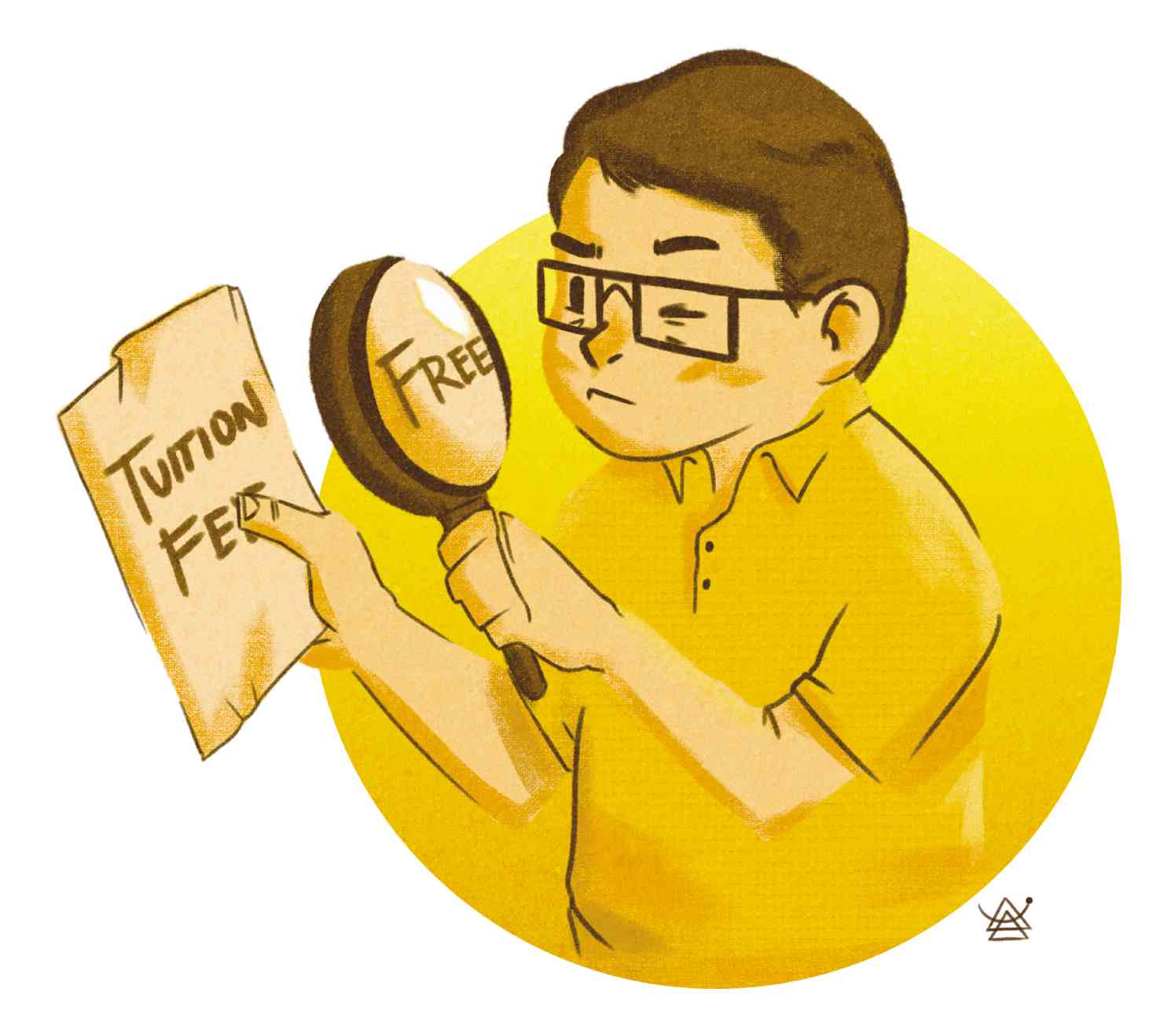 How freeing is free tuition?

It’s been almost two years since RA 10931 (the Universal Access to Quality Tertiary Education Act) or the free tuition law was implemented in state universities and colleges.

The approval of the law, sponsored and co-authored by Sen. Bam Aquino, surprised students because it was projected to take effect in 2018—not 2017.

With this surprise came relief, especially for students whose families struggle to make ends meet.

Since August 2017, when the free tuition law took effect, more students from different high schools have taken an interest to attend college, for instance, at the University of the Philippines (UP) and other state-run schools.

Asked whether free tuition was a factor in their choice of school, UP Los Baños (UPLB) freshman Matthew Yarcia said yes and explained: “I think that not having to pay tuition is a privilege because not everyone deserves it.”

Angela Zaldivia, another UPLB freshman, said it was UP or nothing: “I really feel lucky because it was either UP or nothing for me. Had I not passed at UP, I would probably be working instead right now.”

The law covers not only tuition but also miscellaneous and other costs—at least in UP’s case.

Indeed, it sounds too good to be true. And for a number of students, it may actually be the case.

“Our first contention for the Implementing Rules and Regulations of the law is its inclusion of a ‘return services system,’ which we are against because, speaking in the context of UP, students would be required to work 40 hours each semester, either in community service or actual work in departments and institutions,” said Maranan.

Students do not get paid for their services. “Basically, it’s like paying for your tuition through labor and work,” she added.

The other contentions include the coverage of the free tuition and what happens when an undergraduate isn’t covered by RA 10931.

Students taking up law, master’s degrees and others are not covered and, therefore, must pay tuition.

Undergraduates who fail the retention policy (those who fail to complete the degree within a year after the program’s prescribed time) pay according to the Socialized Tuition System, in which a student’s tuition depends on his or her family’s income—in the words of Maranan: “You are rich until proven poor.”

She clarified, however, that she, along with other members of the UPLB student council, are not against the policy, but only some of its provisions: “We are not against free tuition as a whole. I just want to clarify that we recognize that free tuition is actually a fruit of the student movement—of our fight for free education, for the longest time.”

Whether you agree with the Implementing Rules and Regulations of the Free Tuition Law, or you’re someone who simply appreciates it, one thing’s for sure: Not having to pay tuition comes with a challenge and responsibility to do the country proud.

Alec Arboleda, a senior from UP Diliman, said: “Free tuition posted a challenge—that I should do with the utmost of my ability to pay back to the community, which paid for my education. I should strive to be a true Iskolar ng Bayan, para sa bayan.” —CONTRIBUTED