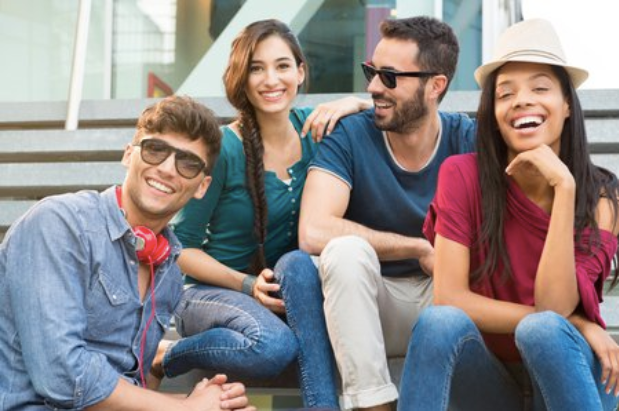 Jerry, 24, is a recent graduate of a specialized communications course in an exclusive school. His goal is to put up his own digital production company.

Meanwhile, he is honing his skills as an independent videographer, and producing documentaries and promotional videos for private companies.

He is ambitious, goal-oriented, very tech-savvy, chooses to do only the work he loves, and believes in work-life balance (career and personal life satisfaction).

Jerry is a “privileged” Filipino millennial from an upper-income family.

Nick, 35, has tried out several jobs and career paths since college, starting out as showroom salesman in a big car dealership, followed by medical detailing for a drug firm and a stint as project coordinator in a special events company.

Constantly in search of his “ideal” job, he finally found it as an account officer in a big bank, where he has been promoted several times. Now a branch manager, he thinks he is ready to marry his live-in partner and start a family.

Nick is an ambitious millennial from a middle-income family.

Joyce, 21, a high school graduate from the province, now works in Manila as contractual salesgirl in a department store chain. She shares a dorm room with two other young women, one working in a call center and  the other in a fast-food chain. She hardly makes both ends meet, but still manages to send money regularly to her parents in the province.

She owns a low-priced cell phone with some apps and pays for its load on a prepaid basis. She cannot afford a laptop but knows computers, like her peers. Sometimes she goes out on “gimmicks” or nights out with girl friends.

In search of a more permanent job, she worries that her short-term contract will not be renewed due to “endo” (end-of-contract).

Joyce is a struggling millennial from a low-income family.

The above examples show the diversity in the circumstances and outlook of the millennial generation (Generation Y).

Millennials (people born between 1980 and 2000) are now in their 20s and 30s. A recent article by HR expert Ron Cullimore states that they already account for about one-third of our country’s population, in 2020 will make up half of the work force, and three-fourths by 2030.

From this alone, it is obvious that millennials will soon be running the world.

Given this, let us look at the traits commonly associated with the more privileged millennials.

On the negative end, millennials have been described as: narcissistic/self-centered (I, me, myself); have a strong sense of entitlement (I deserve what I want); have a short attention span (for things that don’t interest them); impatient (I expect it now); tech-savvy but overly dependent and even addicted to their many gadgets, without which they become dysfunctional.

They’re excessive in their pursuit of new experiences; unstable (tending to move from one job or career path to another); poorly connected personally (except among their peers, and in social media).

In short, millennials are considered too absorbed in themselves, and only in the activities that interest and satisfy them.

These descriptions may be true to some extent, but I have realized that the key to understanding millennials lies in one thing: Theirs is the first predominantly “digital” generation.

They are called the first “digital natives” in history, growing up knowing only the ease and benefits of instant, ubiquitous and easily accessed information, communication, entertainment and other forms of personal satisfaction in almost every area of life—video and virtual games for kids; instant access to research data for students (no more laborious poring through books in libraries); working more from home (less commuting); ordering things online (less physical shopping); connecting with anyone and everyone globally (e-mail, social media, free audio/video calls on multiple apps and gadgets); the ease of travel (online airfare discounts, hassle-free online check-in, an array of less expensive, direct-booking lodging choices, easy phone-app navigation, transportation and leisure reservations).

For the first time in history, numerous digital sites and apps have opened doors for expression and creativity, enabling today’s young to play many roles—to be their own communicators with many followers; to be competent photographers, videographers, music producers, self-published authors, online instructors in their specialties, social and political advocates, product sellers and reviewers, and much more.

I’m not saying that the sea-change in technology is the only factor influencing the unprecedented technocentric and sometimes controversial behavior of today’s millennials, but that it is the key to understanding them.

Let’s also keep in mind that their generation is confronted by a fast-evolving, critically riskier world plagued by unprecedented problems they have to tackle in their lifetime: disastrous climate change, unceasing regional conflicts, unsolved poverty, insidious governance and corruption issues in their own countries.

Let’s hope they are prepared for all this.

On the brighter side, here are some selected research findings, with some inputs from me, of credible young bloggers on how millennials see themselves: global citizens with a responsibility to make the world better; pragmatic idealists (a seeming contradiction, but they are aware that specific steps are necessary to solve problems); flexible, and want flexibility in working hours, conditions and work locations for greater productivity; prioritize work-life balance and will pursue job and career-path changes if necessary; progressive (challenge the system if they believe there’s a better way); multitaskers (consider time as valuable resource) and team players; liberal (more accepting of others’ religion, politics, culture, social and sexual mores); adventurous (want to try new experiences) and nomadic (love to travel); self-confident and articulate (vs narcissistic and ego-centered).

In short, millennials tend to think highly of themselves, with counterpoints to the negative impressions others have about them. The reality is often somewhere in between.

So, what can we conclude from this “balanced” view I have tried to present? Just this: Millennials, just like the two postwar generations before them, are the products of their time, with their own peculiar assets and liabilities.

But unlike the Baby Boomers and Gen-Xers, their unprecedented and multifaceted worldview is largely driven by the paradigm-changing digital revolution and the fast-paced environment they grew up in.

The big question: Will they do a better job of running the world? —CONTRIBUTED