Purse in the 1950s to be reunited with owner | Inquirer Lifestyle ❮ ❯ 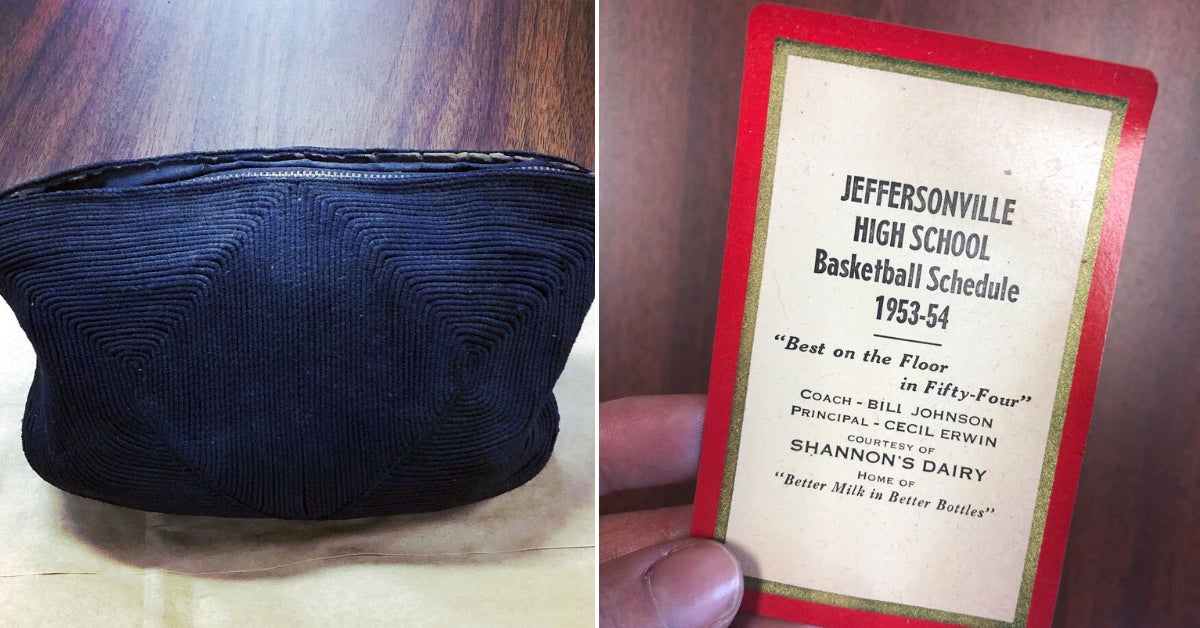 This undated photo provided by Greater Clark County Schools in Jeffersonville, Ind., shows a purse of a student who attended the school in the mid 1950s. It was recently discovered when a construction crew demolished part of the old Jeffersonville High School building. The purse, which contained a prom invitation, photos and other items from 1950s America, will be returned to its now 82-year-old owner after workers found it while demolishing part of an Indiana high school. Image: Greater Clark County Schools via AP

JEFFERSONVILLE, Ind. — A purse containing a prom invitation, photos and other items from 1950s America will be returned to its now 82-year-old owner after workers found it while demolishing part of an Indiana high school.

Martha Everett lost the black stitched purse more than six decades ago. Workers found it in January behind science classroom cabinets in the old Jeffersonville High School, where Everett was a senior in 1955.

Greater Clark County Schools spokeswoman Erin Bojorquez says the district was able to track Everett “thanks to the power of social media” after one of her relatives saw a Facebook post about the purse. The district plans to mail the purse to Everett’s home in Florida.

The News and Tribune reports that its contents included a wallet, a letter inviting her to the prom, lipstick, photos and Juicy Fruit gum wrappers. NVG