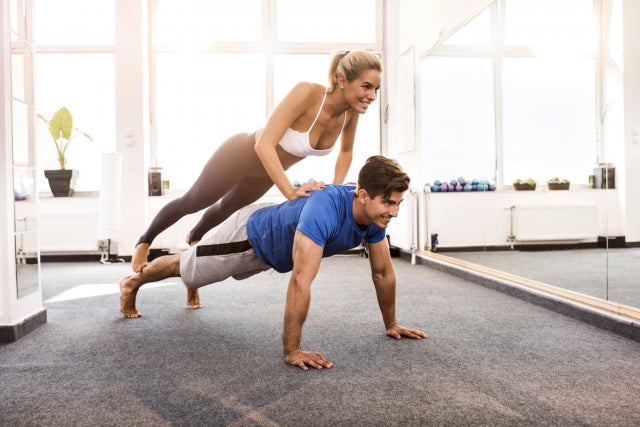 New research has found a link between being able to do more push-ups and a lower risk of cardiovascular disease. © BraunS/Istock.com

New international research has found that men who are able to do more than 40 push-ups may have a lower risk of cardiovascular disease (CVD) and its related health conditions.

Carried out by researchers from the United States, Cyprus, and Italy, the new study looked at data collected from 1,104 active male firefighters between 2000 and 2010.

At the start of the study, the researchers assessed the participants’ push-up capacity as well as their fitness, using the submaximal treadmill exercise tolerance test.

The findings, published in JAMA Network Open, showed that participants who were able to complete more than 40 push-ups had a 96 percent reduced risk of CVD and related outcomes — including coronary artery disease and heart failure — during the 10 year follow-up than those who were able to do less than 10 push-ups at the start of the study.

Push-up capacity was also more strongly associated with a lower risk of CVD cardiovascular disease than was aerobic fitness, as measured by a submaximal treadmill exercise test.

This is the first known study to look at a link between push-up capacity and cardiovascular disease outcomes later in life, although the researchers note that as the study only included middle-aged, active men, the results may not be generalizable to women, men of other ages or individuals who are less active, and further research in diverse populations is needed.

However, they also added that as physical health assessments can often be expensive and time-consuming to use during routine exams, such as treadmill tests, the findings suggest that push-up capacity could be a no-cost, fast, and simple measure for evaluating functional capacity and cardiovascular disease risk.

Senior author Stefanos Kales also added that, “This study emphasizes the importance of physical fitness on health, and why clinicians should assess fitness during clinical encounters.”  MKH