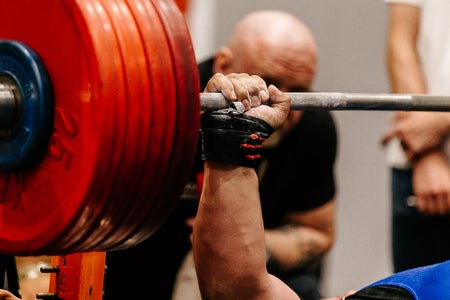 A powerlifter from Michigan, United States is being lauded for saving the life of a man who was pinned under a 2-ton SUV following a vehicular accident.

Ryan Belcher, 29 years old, was at work last Feb. 14 when the accident happened. Upon rushing out, he saw that a Jeep Cherokee had flipped upside down, with a man trapped underneath it, as per Fox & Friends via Fox News on Feb. 19 (Feb. 18 in the United States).

“When I first approached the vehicle, there was a good four men there, and they were all trying to move this vehicle,” he said in the report. “I seen [sic] it wasn’t happening and I figured what a better time now to use what I know I can actually do.”

Belcher weighs 350 pounds and can squat 950 pounds and deadlift another 800 pounds, as per report. He did not think twice in rescuing the man and “jumped right in” to try to remove the vehicle off him.

“I seen [sic] a window that was broken out of the back of the vehicle and I knew if I can swing the vehicle in a certain direction I can free him from that pole,” he said. “I just stuck my arms in and I don’t know I just grabbed it, lifted it up and started pushing and all I heard was ‘that’s enough we can get him.’”

Belcher has since been in contact with the man’s family, identified as Montrell, and even visited him at the hospital just recently.

He shared his visit via Facebook on Sunday, Feb. 17, and showed a photo of Montrell lying on the hospital bed.

“I got to meet Montrell tonight!! He’s the most positive person considering his circumstances,” he wrote. “Unfortunately he is paralyzed from the waist down.”

Despite his paralysis, Montrell still looked on the bright side and told Belcher he would not be alive if it were not for his help.

“I cried as he told me that today, I never thought I’d impact someone’s life like I did,” an overwhelmed Belcher said. “He just doesn’t know yet how much he has truly changed mine!” Cody Cepeda/JB