Rarer than a Sumatran rhino: a woman composer | Inquirer Lifestyle 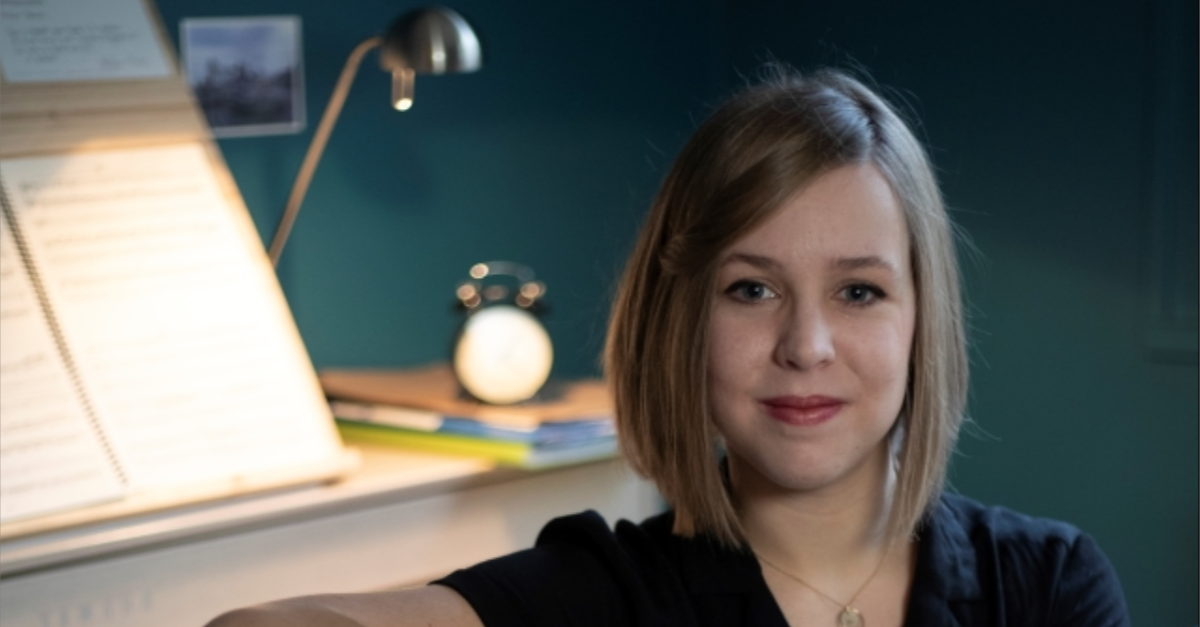 Rarer than a Sumatran rhino: a woman composer

Camille Pepin is part of a very rare breed.

She is a female composer.

Women have conquered space, risen in the military ranks, but some professions remain resolutely and bewilderingly masculine.

When Pepin turned up for her first day at the Paris Conservatoire, as usual the only woman in a class of men, an official told her that her name wasn’t on the list.

But when she insisted that she was and that he look again, he cried, “Ah, you’re a woman!”

Camille is also a man’s name in France.

“I would never have thought,” he apologized. “There are so many men…”

With so few female composers in the classical music repertoire, it was an easy mistake to make.

Pepin has never let everyday sexism get her down though, laughing it off like water off a duck’s back.

“One male composer told me I was getting commissions because I was a woman and not too bad looking,” said the 28-year-old, whose first album, “Chamber Music”, is released later this month.

After a concert of one of her more combative pieces, “a man came to tell me my music was ‘very fresh, flowery and sweet’,” she told AFP.

“I am a woman so clearly those three words” apply, she said wryly.

Pepin, whose music recalls both Claude Debussy and American minimalist composers like John Adams, said sometimes the sexist stereotypes which persist in the classical music world are hard to take.

One “old school” music professor insisted she sit on his right at lunch “because that was a woman’s place” and sent her off to make the coffee.

“I was the only woman in all my classes in the Conservatoire, and it was fine,” said Pepin, who is now working on her first ballet score in her Paris apartment which doubles as a studio.

Mostly the young composer, who made her breakthrough with the orchestral piece “Vajrayana” in 2015, said she was treated exactly the same as her male colleagues in classes with French contemporary composers like Guillaume Connesson, Thierry Escaich and Marc-Andre Dalbavie.

Beyond the classroom, however, progress is slow in the conservative world of classical music.

Pepin believes it will take generations for the forgotten work of female composers to get just recognition.

Beyond the casual unthinking sexism, she said the biggest problem for young female composers was “a lack of role models”.

A few women such as the American composer Meredith Monk, Kaija Saariaho of Finland and Tansy Davies from Britain have managed to break the glass ceiling.

Written out of history

But even Pepin admitted that when she was younger she didn’t know of a single female composer.

“We never studied them,” she said.

Fanny was the older sister of the more famous Felix Mendelssohn, with many at the time saying her work was more expressive.

But after she married she was limited to domestic duties and had to content herself with being her brother’s chief editor and muse, which led him to call her his “Minerva” of wisdom.

“Lots of female composers were crushed like Clara Schumann (the wife of Robert Schumann),” despite being one of the most distinguished composers and musicians of the Romantic era, said the pianist Celia Oneto Bensaid, who often performs Pepin’s work.

“You play my music,” Schumann once bluntly told his wife, a star of concert halls across Europe.

Born into a family in the northern French city of Amiens that wasn’t particularly musical, Pepin began to write her own melodies at 13.

But even at the age of five in her ballet class, her eyes were more drawn to the piano.

“I was so fascinated that I would forget to do my exercises,” she said.

Before settling on composing, Pepin thought about being a dancer. “I need to feel the notes physically,” she said.

Her first ballet will be choreographed next year by Sylvain pad for France’s Ballet du Nord.

Finally, she feels she is getting beyond the dreaded question — “But what do you do for a living?” — when she tells people she’s a composer.

“They thought it was just something I did to chill on Sundays,” she laughed. NVG