What can we expect from ‘Rookie of the Year’ Kelsey Merritt? | Inquirer Lifestyle ❮ ❯ 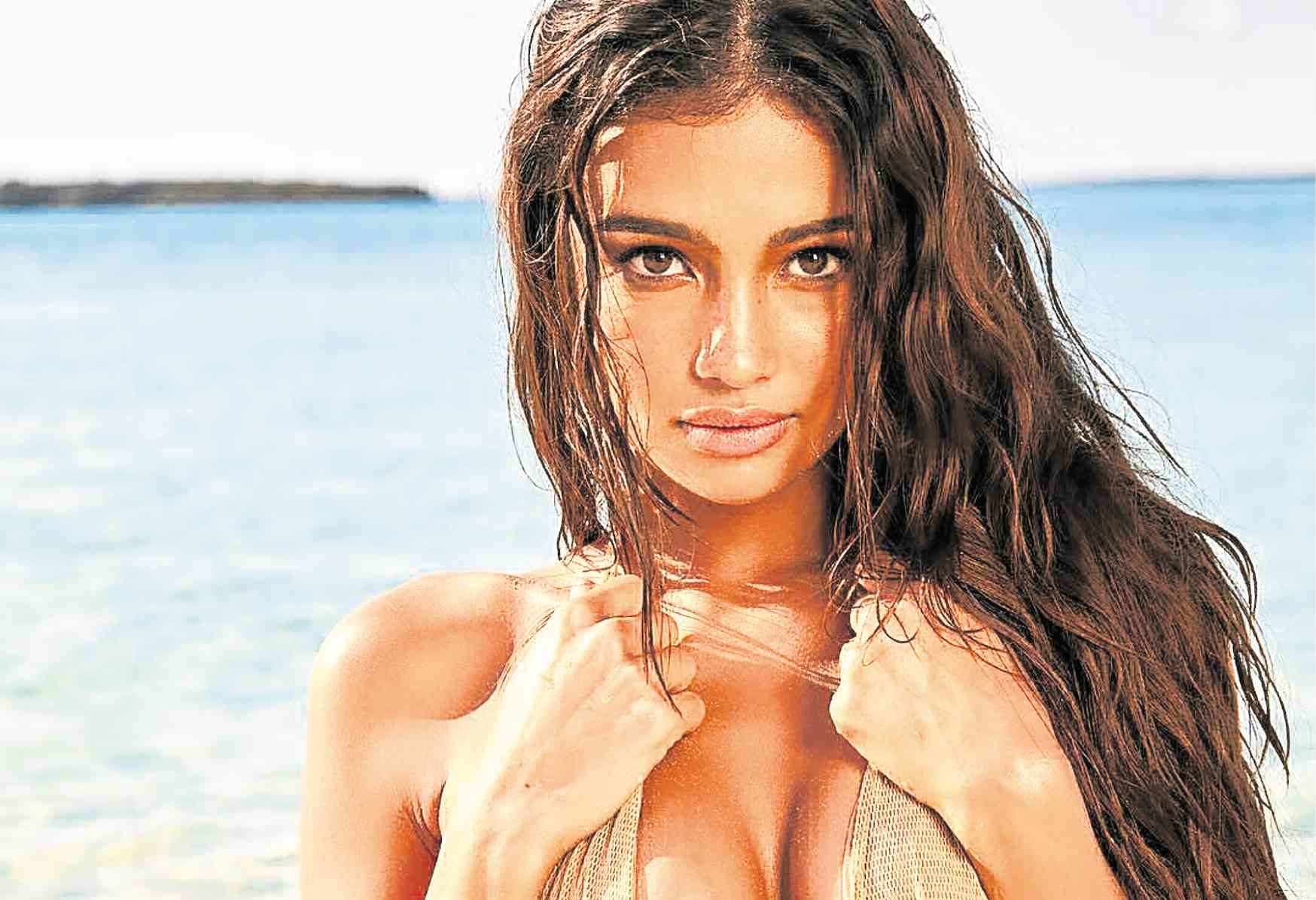 What can we expect from ‘Rookie of the Year’ Kelsey Merritt?

Over lunch earlier this week, I had to announce to my colleagues that Kelsey Merritt is this year’s Sports Illustrated Rookie of the Year. It’s a big thing for the Filipina-American and is proof how, at a young age, she has the whole world at her feet.

The model shared the good news on her Instagram last Sunday, Feb. 17, sharing photos of her shoot in Exuma, The Bahamas. “Can’t wait for the issue to come out in May,” she captioned.

In a more recent post, she noted: “Glad I get to be a part of a family that celebrates body positivity.”

The publication also mentioned how Merritt sees being part of Sports Illustrated isn’t just about looking good. “I really want to be a Sports Illustrated model because I love how confident the models are, and I want to show everyone looking at these pictures and reading the magazine that they can also be confident in their own skin.”

What does it mean exactly to become Sports Illustrated’s Rookie of the Year?

For one, it affirms Merritt’s popularity. I wouldn’t be surprised if soon enough she transcends being the trendy It girl of the moment to being a household name.

Since 2011, the Rookie of the Year is chosen via fan voting. So, this is just tangible proof that people have their eye out for Merritt and they’re expecting a lot from her. And we all know how one can have a lot of followers—Merritt has 1.3 million on her Instagram—but it’s another thing for them to engage with your work.

The Rookie of the Year title also places Merritt among an elite class of models. Sports Illustrated, through the years, has been seen as one of the major arbiters when it comes to who makes it as a supermodel. Heidi Klum, Christie Brinkley, Naomi Campbell and Elle Mcpherson are just a few who have graced the cover.

Zooming in on the Rookie of the Year alumnae, you’ll see how it goes to women who are definitely more than a pretty face and whose career goes beyond beautiful photos.

There’s Chrissy Teigen who’s an Internet darling with her oft-quoted Twitter account. She’s become a multihyphenate, having various collaborations with clothing and beauty brands, including Di Neila Brazil, Revolve and Becca Cosmetics. Teigen also shines on television with appearances on “Inside Amy Schumer,” “The Mindy Project,” and as co-host of “Lip Sync Battle.” Add her being a cookbook author with “Cravings: Recipes for All of the Food You Want to Eat,” a New York Times bestseller, and “Cravings: Hungry For More.”

2011’s Kate Upton is now a cover girl several times over for Vogue UK, Vanity Fair and Elle after getting the Rookie vote. In 2013, she was named Model of the Year at the NYFW Style Awards and People’s Sexiest Woman Alive in 2014.

Other recent names who’ve earned the Rookie of the Year title include Alexis Ren, Nina Agdal and Sara Sampaio.

Merritt’s recognition is part of Sports Illustrated’s Swimsuit issue, which is a landmark when it comes to the model landscape—it lets you note whom one should watch out for.

The Swimsuit issue has been around since 1964, helping launch the careers of the biggest models in the past and present. Merritt belongs to a promising batch which includes Jasmine Sanders and Lais Ribeiro.

Sanders has done runway shows for Ralph Lauren, and Moschino. She’s also the muse of makeup artist Pat McGrath and Reebok’s 2017 spokesmodel, which also led to her designing her own sneakers for the brand.

Ribeiro has appeared in ad campaigns for Christian Dior and Tom Ford. She’s also a Victoria’s Secret Angel, who wore the “Champagne Nights Fantasy Bra” for the 2017 show.

Who knows what Merritt will be adding to her resumé? After this, there are many possibilities, and it seems that with her eagerness to go further, we’ll be seeing more of her, perhaps in places no Filipina has gone before.