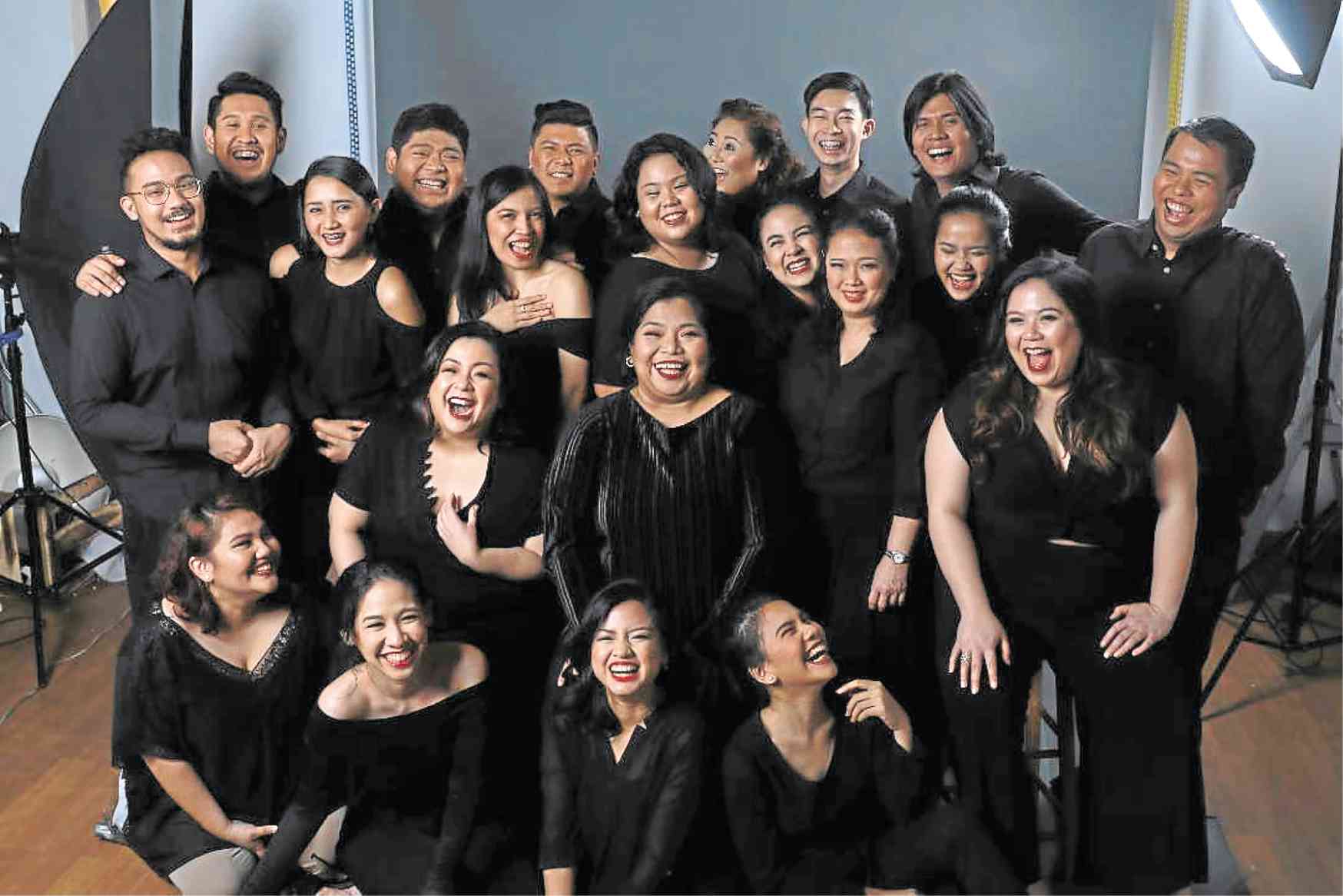 Viva Voce, the musical group headed by soprano Camille Lopez Molina, was all set to mount “La Traviata,” the famous opera by Verdi, when one of those unforeseen circumstances that can plague a production occurred: One of the male leads backed out because of health problems. The date and the venue had already been selected, and a suitable replacement could not be found. What to do?

“So it was decided that we would do Broadway favorites,” said soprano Anna Migallos, one of the more senior members of the company. “We have always wanted to do this, the old classics and not the new musical plays.”

Thus, “The Great White Way” will be performed at the Power Mac Center Spotlight theater in Circuit Makati tonight, Feb. 23, and for one night only. “Next time we want to do it with an orchestra,” Migallos added.

Viva Voce has 18 young full-time singers, all conservatory-trained and further honed by Molina: five sopranos and an equal number of altos and tenors, plus three basses. And for the Feb. 23 show, there will be three guest stars: Cocoy Laurel, Jay Valencia Glorioso and Teenee Chan.

The musical revue was suggested by a BBC Proms show at the Royal National Theatre in London some years back, which had more or less the same repertoire. It starred well-known talents in West End theater, including Sierra Boggess, who became known for the role of Christine in “Phantom of the Opera,” which, incidentally, will be performed again in Manila starting this month.

From the latter musical comes a number oddly titled “Vanilla Ice Cream,” to be sung by Roxy Aldiosa, another “senior” soprano of the group. “It’s somewhat like ‘You’ve Got Mail’ of Meg Ryan and Tom Hanks,” she explained. “She is writing love letters to a man who turns out to be an officemate she is annoyed with but then realizes he is really a nice fellow!”

Some of the gems to be performed include “Stranger in Paradise,” “And This is My Beloved,” “I Feel Pretty,” “Some Enchanted Evening,” “Old Man River,” “Make Believe,” “One Hand, One Heart,” “I Could Have Danced All Night,” “People Will Say We’re in Love” and “Oh What a Beautiful Morning.”

The grand finale will be the “Tonight Quintet” from “West Side Story,” with all the performers joining in.

It promises to be a delightful evening. —CONTRIBUTED