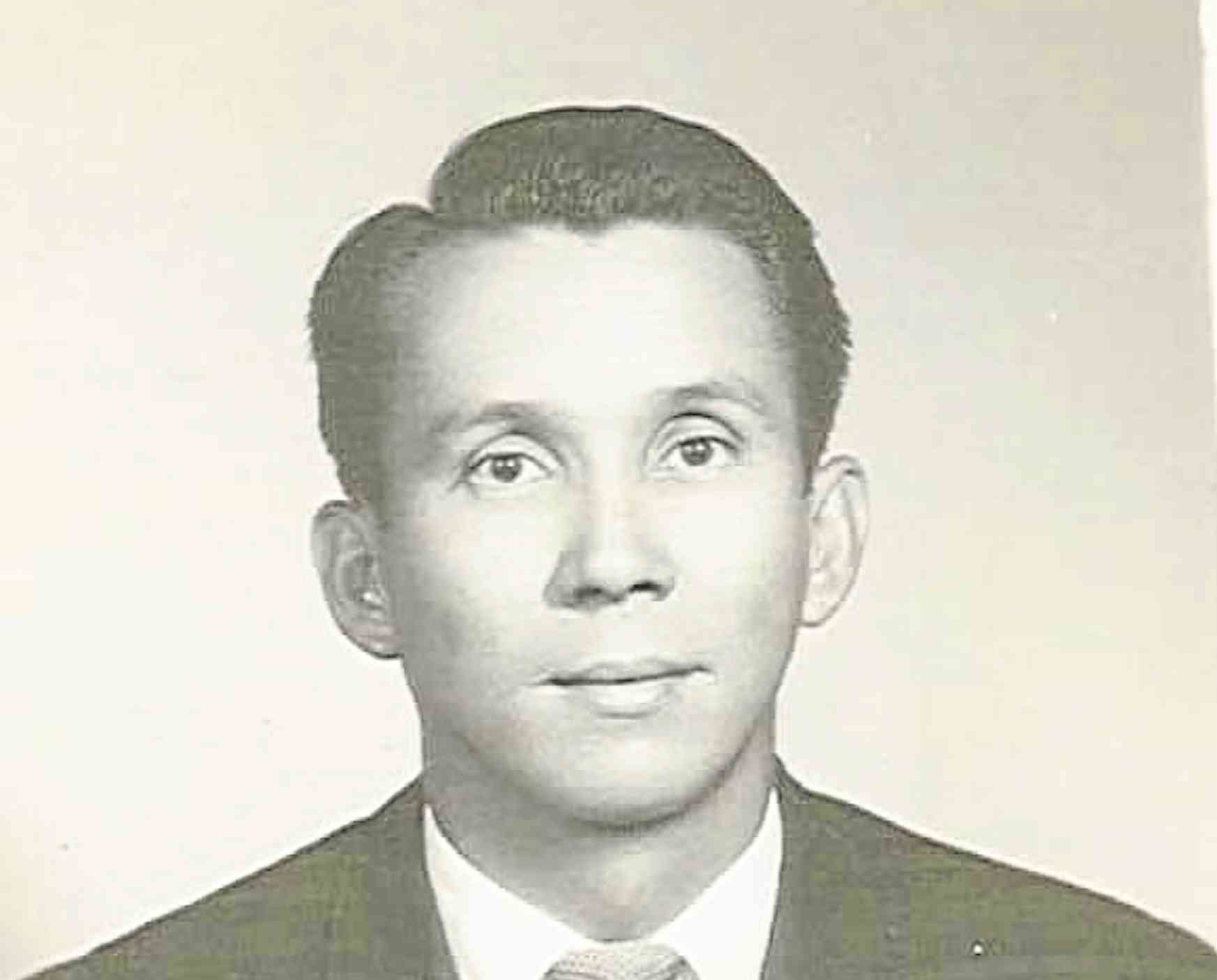 A portrait of the architect as a young man. Bobby never lost the spirit of play. In fact, it was an essential element of his creativity, as well as integral to his personality.

The Bobby Mañosa I knew–a Filipino architect like no other

Francisco “Bobby” Mañosa’s first love was not architecture, but music.

He had oido, a natural ear for it.

Growing up in the family house on Azcarraga Street, Manila, just before and after the war, he would cock an ear while his sisters sat through their piano lessons. When they finished, he would sit at the piano and play the piece note for note, having heard it once.

When he asked his father if he could study music in college, the stern Mañosa paterfamilias gave him a resounding “nunca!”

So instead, Bobby enrolled in architecture at the University of Santo Tomas.

One has to wonder where Philippine architecture would be today had Manuel Mañosa Sr. allowed his son to follow his original dream.

Would we still have the stunning San Miguel building, the exquisitely baroque Tahanang Pilipino (Coconut Palace), the exotic Pearl Farm Beach Resort, the unique Edsa Shrine, and any of the other architectural landmarks that only Mañosa could have designed?

Would modern Filipino architecture, as we know it today, even look the same?

Certainly, Mañosa’s National Artist for Architecture award rests on these innovative designs, and his influence on generations of younger architects. Modern Filipino style would not be as popular today without Bobby’s tireless proselytizing throughout most of his six-decade career.

As for his musical dreams, Bobby eventually had his cake and ate it: in the 1960s he joined then Sen. Raul Manglapus’ The Executives jazz combo, playing both keyboards and vibraphone. He would even get to jam with fellow jazz lover King Bhumibol of Thailand.

I was first drawn into Mañosa’s orbit in 2002, when a friend, the architect Rosario “Ning” Encarnacion Tan, recommended me as writer for a coffee-table book on his architecture. Ning considered Mañosa a mentor, and a major influence on her own work.

I knew as much about Philippine architecture then as I do now about quantum mechanics, but that was all right, Ning implied. Bobby would school me.

My first impression of the man was his voice—it sounded like he had a sore throat. Later, his oldest friend and colleague, Ludwig Alvarez, who had known him since his UST days, told me Bobby’s voice was not naturally hoarse—he just wouldn’t stop talking, specially about his overriding passion: Filipino architecture.

Bobby was already 71 when I met him, but in common with other creative people I had known, he never lost the spirit of play that is rooted in childhood.

He told me that as a young boy walking home from San Beda, he would pick up sticks and stones and interesting bits from the sidewalk. By the time he got home, his pockets would be bulging with these items, to be transformed through his imagination into toy soldiers, forts or tanks.

In Bobby’s case, imagination was not fantasy, but the ability to see things others couldn’t. Studying how informal settlers used every square foot of their makeshift shacks, for instance, he could make an imaginative leap and come up with an ingenious rooftop garden for the house he designed for his daughter Bambi.

I could easily see how studying the sails of a Moro vinta led to the dramatic upswept roof of the Sulo Restaurant in Makati, his first successful neo-vernacular design. Or how seeing the Banaue Rice Terraces led to the green pyramid design for the San Miguel Corp. building.

When Imelda Marcos asked him to design the Tahanang Pilipino to serve as guest house for visiting artists performing at the Cultural Center of the Philippines, the only brief was that he make as much use of the coconut as possible. The coconut industry was replacing all old trees with a hardier, higher-yielding variety, hence a massive oversupply of coconut lumber.

What would have been an unpromising limitation for a lesser architect became a design challenge for Mañosa that allowed him to surpass all expectations and come up with his masterpiece.

Away from the drafting table, Bobby’s affability and naturally outgoing personality made him the ideal proselytizer for the modern Filipino architecture he was forging. The man could talk your ear off about the bahay kubo and the bahay-na-bato and why they were ideal designs for the Philippine climate and culture. Fellow architects would groan when they saw him coming, knowing they were in for his patented lecture on the evils of adopting foreign designs wholesale, how ridiculous it was to live in a pretend Swiss chalet in Alfonso, Cavite, or a faux Tuscan villa in Sucat, Parañaque, when Filipino designs were ideally suited for six months of sun, six months of rain, etc. etc.

Still, they couldn’t help liking Bobby, and little by little, some of them even began to see his point.

In any case, by the time “Designing Filipino: The Architecture of Francisco Mañosa” was finally published in 2003, I was thoroughly steeped in the Mañosa design philosophy.

Nine years later, we began work on another book, this time focusing on Mañosa’s residential projects.

By this time his architectural firm had built a solid international reputation, particularly for resort architecture, thanks to Bobby’s landmark tropical designs for Amanpulo and the Davao Pearl Farm. The firm was also deep at work on its  largest institutional project to date, the new Medical City building.

Bobby was 81 when we finished “Beyond the Bahay Kubo: 16 Climate-Conscious Tropical Homes.” He was slowing down a bit, and had passed on the day-to-day running of his firm to his children.

The years previous had been stressful, specially with the controversy surrounding the 2009 National Artist awards. But the debacle had also galvanized the architectural community into reevaluating Bobby’s legacy. There was little doubt that he fully deserved the nomination, flawed though the process might have been.

“Beyond the Bahay Kubo” found a ready audience. The aspirational homeowners of 2012 were ready to accept homes in a modern Filipino style. Bobby’s lifelong mission to promote Filipino architecture was finally beginning to bear fruit.

Despite his many high-profile, high-prestige projects, many people feel that Bobby’s most successful designs are for private family residences. As I got to know Bobby’s family better—wife Denise, and children Bambi, Dino and Gelo and their families—I began to understand why.

The bahay kubo and the bahay-na-bato, the age-old design genius of the Filipino people, form the flesh and bones of Bobby Mañosa’s architecture. But its animating spirit—its soul—is the Filipino way of life where family and community are central.

When he designed his own bedroom to open into a garden and fishpond, he wasn’t just thinking about the passive cooling effect of the water feature or how the landscaping paid homage to Frank Lloyd Wright, he was thinking of the delight his children would take in fishing for tilapia and watching turtles dive into the pond. The same delight that their children now take.

Mañosa’s designs flow from his deep human understanding of the Filipino.

He lives on in them.