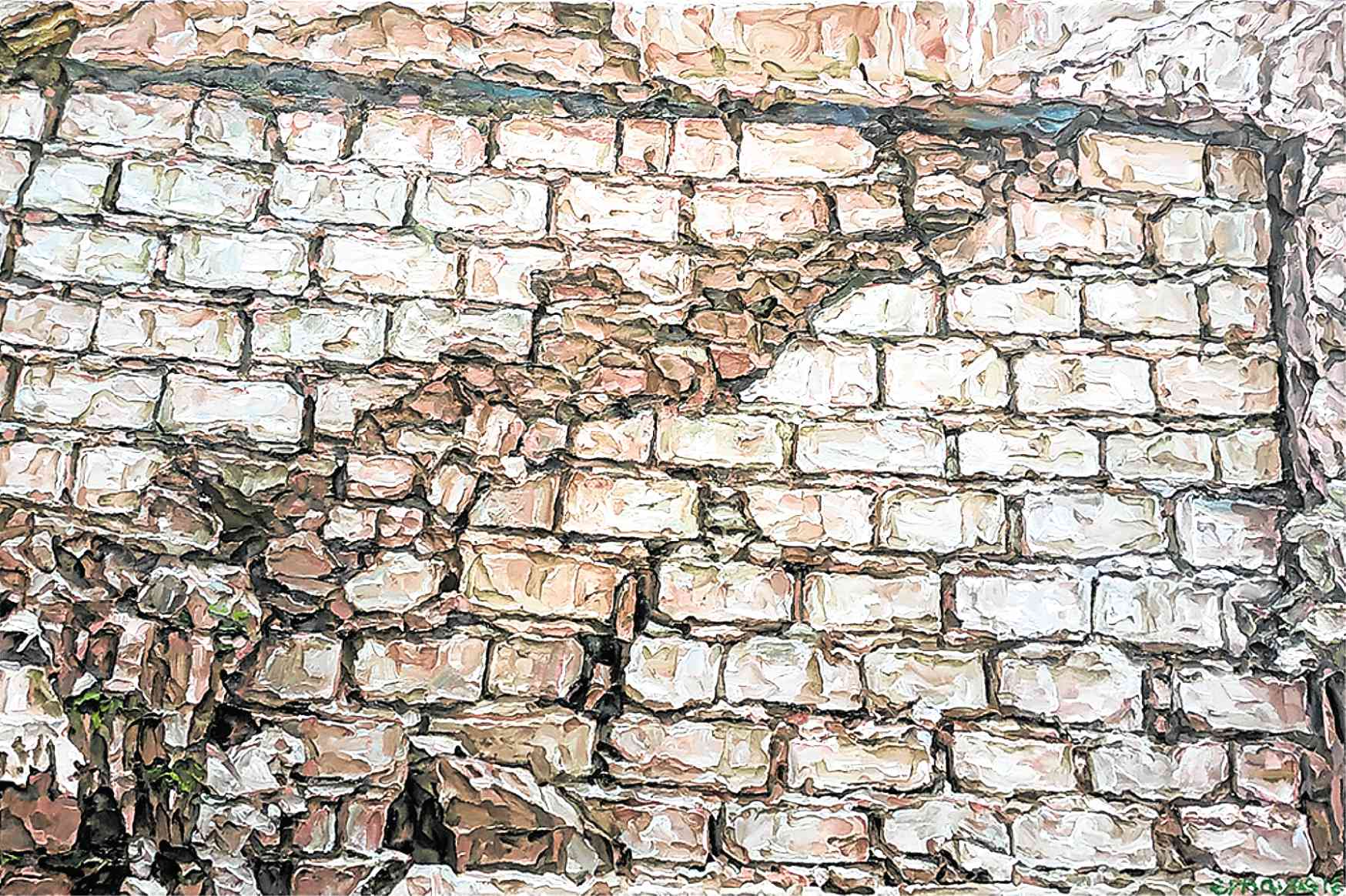 “Up,” by Elaine Navas

8 ‘Auspicious’ artistic finds up for bidding

We sorted through the collection and following are eight of the notable offerings.

De Guia’s painting, at first blush, appears a whimsical pastiche of discordant images. But it is a highly polemic juxtaposition of interrelated signifiers of power and abuse amid globalization, petroleum, transportation, deforestation and war.

The upward trail of a creeping crack on a random brick wall in Navas’ hand is at once picturesque and terrifying. The tonal variations in the brick pattern’s rendering is obsessive, which softens the violence or foreshadows the wall’s crumbling.

A depiction of people busy and happy in feast, work and communion, this painting rendered in Austria’s naïf brush is ode to the noodle houses of old, sites of nourishment and kinship, now endangered by malls and fastfood chains.

Profound significations of the temporal are re-imagined in their most basic terms. “Breaking dawn,” then, is a breaking down of the city’s chaos, it’s people, even the brightness of the sun, in minimalist terms.

A rare figurative sketch, this drawing of a traditional Filipino street play departs from Ocampo’s well-known abstractions but nevertheless displays his masterful deployment of lines and shapes.

This painting of a shirtless woman couched comfortably inside Alcuaz’s studio is a celebration of artistic and sexual freedoms, the kind that gives birth to objet d’art, neither obscene nor decadent.

Seemingly comical in its use of cartoon-like characters, Tijing’s depiction of a royal homecoming is also eerily bewildering in its measured quietude thus begging questions: where’s the crowd of well wishers, the confetti and trumpets?

Jaylo pays homage to Salvador Dali in this painting which purports to locate the most liminal of spaces, lying between sleep and wakefulness, between conscious and unconscious. The effect is powerfully strange and surreal. –CONTRIBUTED