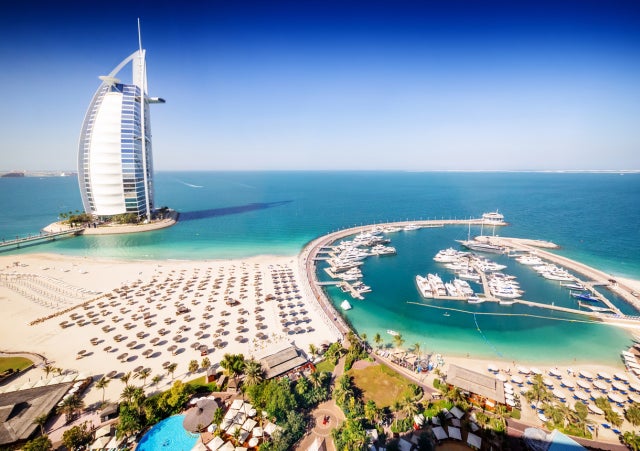 The number of international visitors last year grew by just 0.8 percent, far below the five percent and six percent rises in 2016 and 2017 respectively, Dubai Tourism said. Image: IStock/Nikada via AFP

Dubai welcomed a record 15.92 million tourists in 2018, the tourism authority said Sunday, but the rise was marginal due to drops in visitors from the Gulf, India and Britain.

The number of international visitors last year grew by just 0.8 percent, far below the five percent and six percent rises in 2016 and 2017 respectively, Dubai Tourism said.

But the emirate remains “focused on ensuring that (it) becomes the number one most visited city in the world”, said Dubai Tourism chief Saeed al-Marri in a statement.

Declines in the numbers of Gulf tourists, mainly from Oman and Qatar, and among Indian and British visitors were balanced out by upticks in the number of Chinese and Russians.

The drop in Gulf visitors comes after the United Arab Emirates along with three other Arab countries in June 2017 boycotted GCC member Qatar.

By country, Indian tourists came in first place with two million despite a slight drop from the previous year, followed by Saudis who increased marginally to 1.6 million.

The city-state, one of seven sheikhdoms that make up the UAE, aims to attract 20 million visitors annually by 2020 when it hosts the six-month global trade fair Expo 2020.

Boasting the most diversified economy in the region, Dubai became a favorite tourist attraction in recent years due to its safety following turmoil in the Middle East.

The desert emirate has a large number of world class opulent shopping malls, luxury resorts and even an indoor ski resort. CC