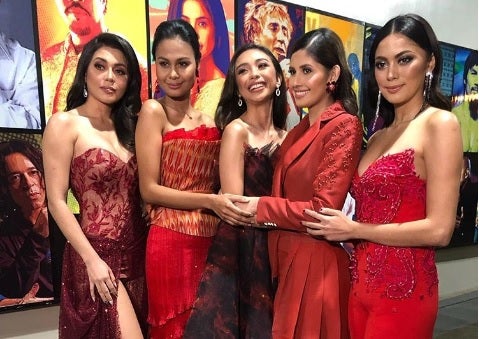 Other beauty queens in the photo were Venus Raj, Shamcey Supsup and MJ Lastimosa who competed in the Miss Universe pageant in 2010, 2011 and 2014, respectively.