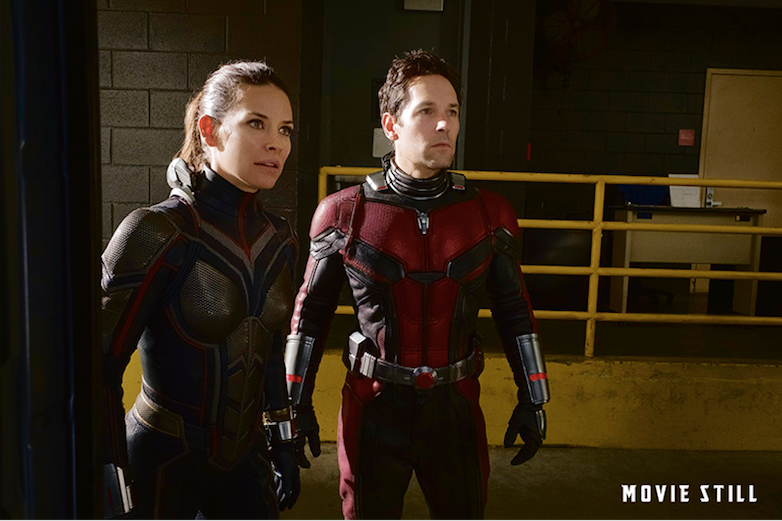 Hong Kong Disneyland brings the Marvel Universe to life with Ant-man and The Wasp: Nano Battle!

In this new Marvel ride, guests at Hong Kong Disneyland will team up with Ant-Man and The Wasp to stave off a daunting Hydra attack on the S.H.I.E.L.D. Science and Technology Pavilion. The adventure builds on the story of the Iron Man Experience, the first Marvel attraction at Hong Kong Disneyland and in any Disney park in the world.

Since it opened in 2017, the Iron Man Experience has been one of Hong Kong Disneyland’s most popular destinations and the number one favorite ride of Filipino guests. Countless visitors across Asia have made their way to the park’s Stark Expo for the chance to board a Jarvis-piloted Expo Edition Iron Wing across the skies of Hong Kong.

“We are excited that Ant-Man and The Wasp: Nano Battle! continues the thrilling adventure from Iron Man Experience and elevates the Marvel experience at Hong Kong Disneyland for fans across the globe,” said Dale Sheehan, creative producer of the attraction from Walt Disney Imagineering.

The new attraction is expected to be just as popular. Moviegoers have buzzed about the funny, quirky, size-shifting superhero duo since the release of their blockbuster film “Ant-Man and the Wasp” last year. It was the top grossing movie in multiple territories across Asia Pacific—and a huge hit in the Philippines.

“They are hugely popular in this part of the world. We can’t wait to take fans deeper into the action and humor of the duo in this dimensional, interactive experience,” said Sheehan. 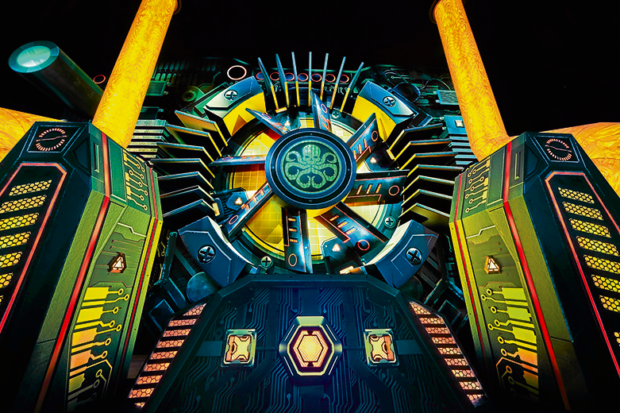 Guests at Ant-Man and The Wasp: Nano Battle! will be treated to an adventure worthy of any Marvel fan’s attention. The experience begins with a visit to the S.H.I.E.L.D. Pavilion at Stark Expo in Tomorrowland, where guests will enjoy a showcase of S.H.I.E.L.D.’s latest technological developments.

But the visit is cut short by Hydra who has launched a two-pronged attack in Hong Kong. Not only is the villanous organization trying to steal the Arc Reactor at the Stark Tower in Kowloon, but its artificial intelligence Arnim Zola has sent an army of Swarmbots to infiltrate the S.H.I.E.L.D. Pavilion and steal a Data Core containing top secret information.

While Iron Man has Kowloon covered, he calls on Ant-Man and The Wasp, who can shrink to fight the Swarmbots, to defend the pavilion. But with the large amount of Swarmbots, they need more immediate help. That’s where guests come in.

Aboard S.H.I.E.L.D.’s newest combat vehicles, D/AGR (aka “the Dagger”) and equipped with EMP blasters, guests will be shrunk to ant size to engage in a heroic battle alongside Ant-Man and The Wasp against Zola and his Swarmbots.

The attraction promises to be a highly authentic Marvel experience.

Bryan Thombs, creative director of the attraction from Walt Disney Imagineering, said, “We partnered closely with Marvel Studios to transform the powerful cinematic appeal into an immersive battle experience.

The movie director, leading actors, as well as the score composer of “Ant-Man and The Wasp” were all involved to make this possible.

“Ant-Man and The Wasp” director Peyton Reed and the movie production team were on board to film the media for the attraction while stars Paul Rudd and Evangeline Lilly reprised their roles, ensuring an authentic and engaging cutting-edge experience for fans. Composer Christophe Beck, who has worked on both Ant-Man movies, also created the score for the attraction.

Fans can also look forward to 14 kinds of artifacts and research items from over a dozen Marvel films, TV episode and comics on display at S.H.I.E.L.D. Pavilion, some of them exhibited exclusively at Hong Kong Disneyland.

Food and shopping for every superhero

Take home a piece of the action too by picking up mementos commemorating your Marvel adventure. Visit Pavilion Gifts, a new Marvel-themed shop at Tomorrowland, to discover over 300 Marvel merchandise items. Around 40 exclusive Ant-Man and The Wasp: Nano Battle! gifts will also be launched when the attraction opens in March.

On the opening date of the new Marvel attraction, the park’s admission tickets will bear the design of Ant-Man and The Wasp, a must-have collectible for hardcore Marvel fans.

Can’t get enough of Marvel at Hong Kong Disneyland? The wait won’t be long, as a third Marvel-themed attraction is already in the works. Hong Kong Disneyland continues its development as Asia’s Marvel hub with a multi-year expansion plan, cementing its role as the region’s epicenter of Marvel action—the perfect place for you to unleash your inner superhero on your next spring getaway.