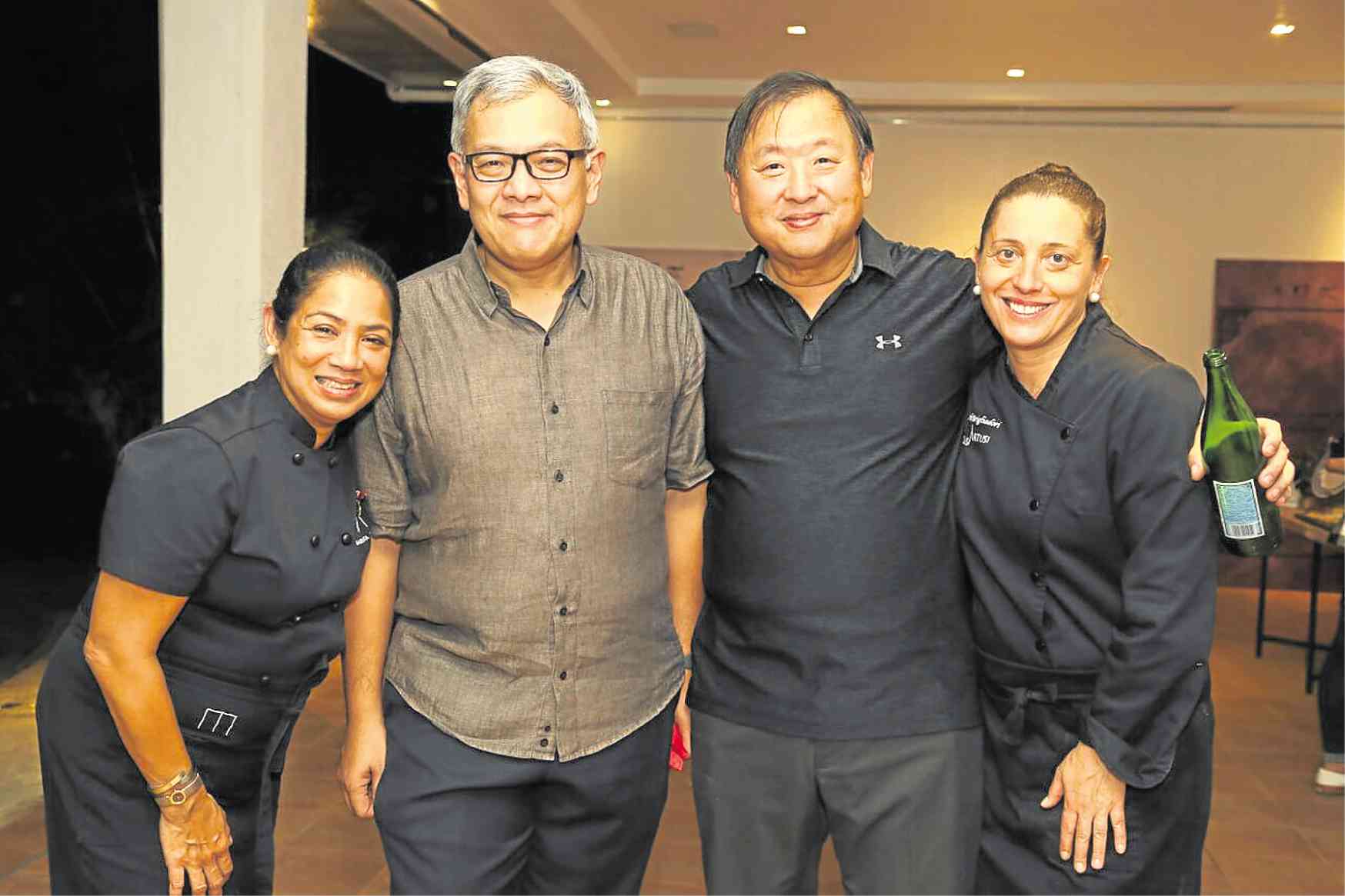 To showcase and promote  Italian cooking in the country, Italy Ambassador Giorgio Guglielmino collaborated with chef Margarita Fores, food importer Alex Lichaytoo and chef Carla Brigliadori (who flew in from Italy) to host a sumptuous buffet at his residence.

The goal of the evening, as Ambassador  Guglielmino told his guests, was to show how delicious Italian dishes can be produced from authentic and quality ingredients.

The event centered on the two most popular dishes from Italy—pizza and pasta—but with a twist. These were accompanied by Prosecco, which has overtaken Champagne in global sales, and Menabrea, a genuine craft beer produced in Italy and now distributed by Lichaytoo in his shop Bacchus Epicerie.

There was also a pleasant surprise for Fores.  Ambassador Guglielmino stopped the music during the middle of the event, and announced that the President of the Italian Republic had decided to honor the beloved chef with Cavaliere dell’Ordine della Stella d’Italia (Knight of the Order of the Star of Italy) in recognition of her contribution in the promotion of Italian food in the Philippines.