Small US theaters have canceled 'To Kill A Mockingbird' | Lifestyle.INQ ❮ ❯ 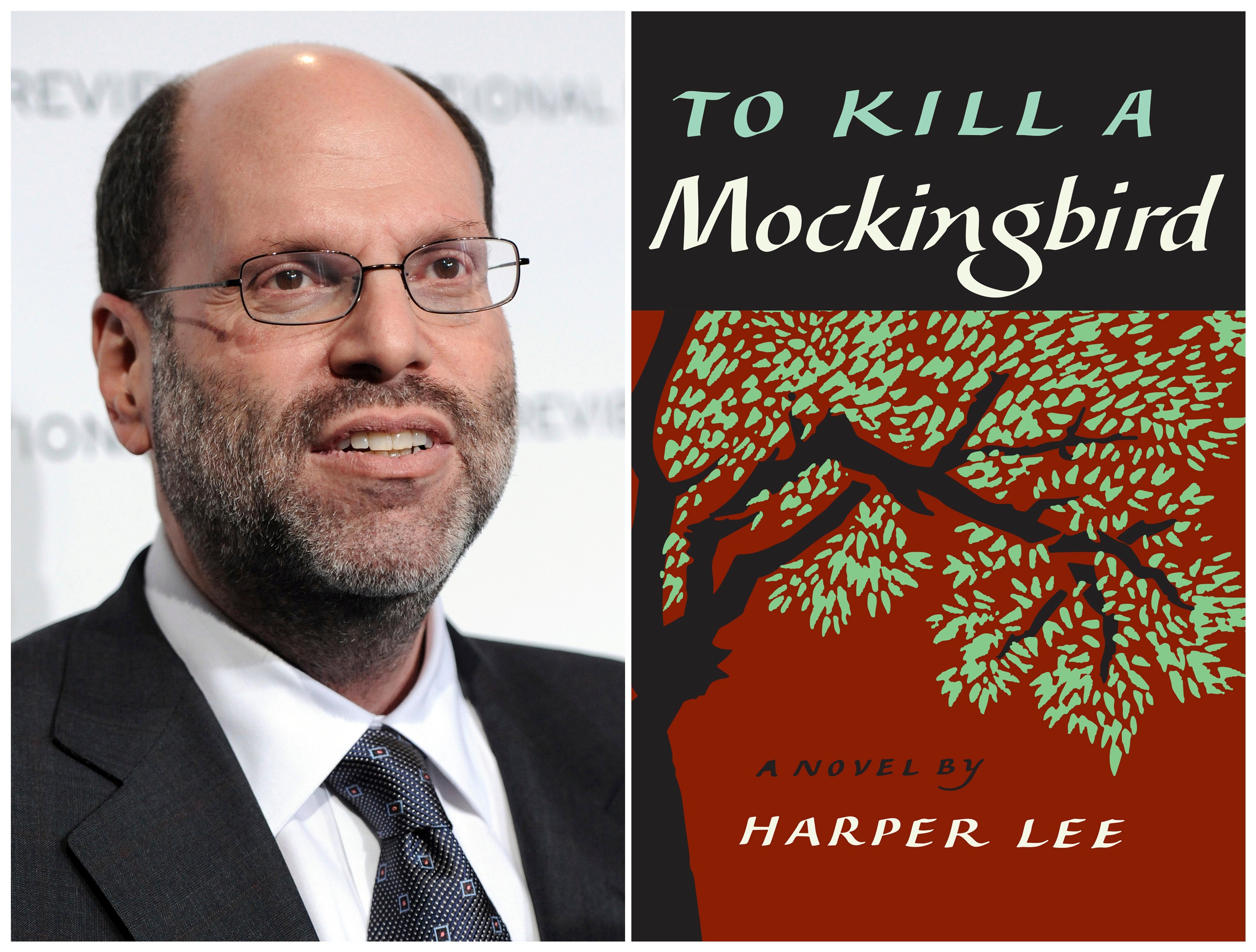 This combination photo shows Hollywood and Broadway producer Scott Rudin at The National Board of Review Motion Pictures awards gala in New York on Jan. 11, 2011, left, and the cover of Harper Lee's "To Kill a Mockingbird". Dozens of community and non-profit theaters across the U.S. have been forced to abandon productions of “To Kill a Mockingbird” under legal threat by Rudin. The combative move has prompted calls for a boycott of Rudin’s work. Rudin is arguing that author Harper Lee signed over exclusive worldwide rights to the title of the novel and that Rudin’s current adaptation on Broadway is the only version allowed to be performed. Image: AP/Evan Agostini

Why small US theaters have canceled ‘To Kill a Mockingbird’

Dozens of community and nonprofit theaters across the U.S. have been forced to abandon productions of “To Kill a Mockingbird” under legal threat by Broadway and Hollywood producer Scott Rudin. The combative move has prompted calls for a boycott of Rudin’s work.

Rudin is arguing that author Harper Lee signed over to him exclusive worldwide rights to the title of the novel and that Rudin’s current adaptation on Broadway — written by Aaron Sorkin — is the only version allowed to be performed.

That means different adaptations have had to be scuttled in such small venues as the Grand Theatre in Salt Lake City; Mugford Street Players in Marblehead, Massachusetts; and the Kavinoky Theatre in Buffalo, New York, as well as a planned United Kingdom and Ireland tour. They had licensed the rights for a different version, written by Christopher Sergel and licensed by The Dramatic Publishing Company or DPC.

In a statement, Rudin defended his position. “We hate to ask anybody to cancel any production of a play anywhere, but the productions in question as licensed by DPC infringe on rights licensed to us by Harper Lee directly,” he said.

“The Sergel play can contractually continue to be performed under set guidelines as described in detail in its own agreement with Harper Lee — and as long as those guidelines are adhered to, we have no issue with the play having a long life.”

Anger over the move has triggered an online revolt using the rallying cry #BoycottRudinplays. Chris Peterson, founder of the OnStage Blog , wants ticket buyers to steer clear of all current and upcoming Rudin productions on Broadway, including “Hillary and Clinton”, ”Gary: A Sequel to Titus Andronicus”, ”King Lear”, ”The Ferryman” and “The Book of Mormon”.

“If a theater was consciously stealing creative license, that would be one thing. This is something else entirely. This is wrong,” he writes. “Prohibiting others to perform this piece goes against everything the novel is about in the first place.”

The all-volunteer Curtain Call Theatre in Braintree, Massachusetts, said it received a letter threatening damages of up to $150,000, a staggering amount for a venue where tickets for plays are $20 and $25 for musicals.

“Due to the substantial financial impact defending such an action would have on our small theater group, we have no choice but to comply and, thus, cancel our upcoming production of ‘To Kill a Mockingbird’. Not doing so would put our theater at great risk,” the theater said in a statement.

In Ohio, the Dayton Playhouse, an active community theater since 1959, had to abruptly cancel its “To Kill a Mockingbird”. The cast and crew have been hard at work on the production for weeks.

“I feel terrible for our artists, onstage and backstage, who poured their hearts into making something beautiful and meaningful, only to have it ended so suddenly,” said Matt Lindsay, chair of the Dayton Playhouse’s board of directors.

The Broadway adaptation by Sorkin, creator of TV’s “The West Wing” and the Oscar-winning screenwriter of “The Social Network”, stars Jeff Daniels as Atticus Finch, the Alabama lawyer who defends a black man from a false charge of raping a white woman.

A spokesman for the American Association of Community Theatre said Thursday the organization would not weigh in on the dispute. CC