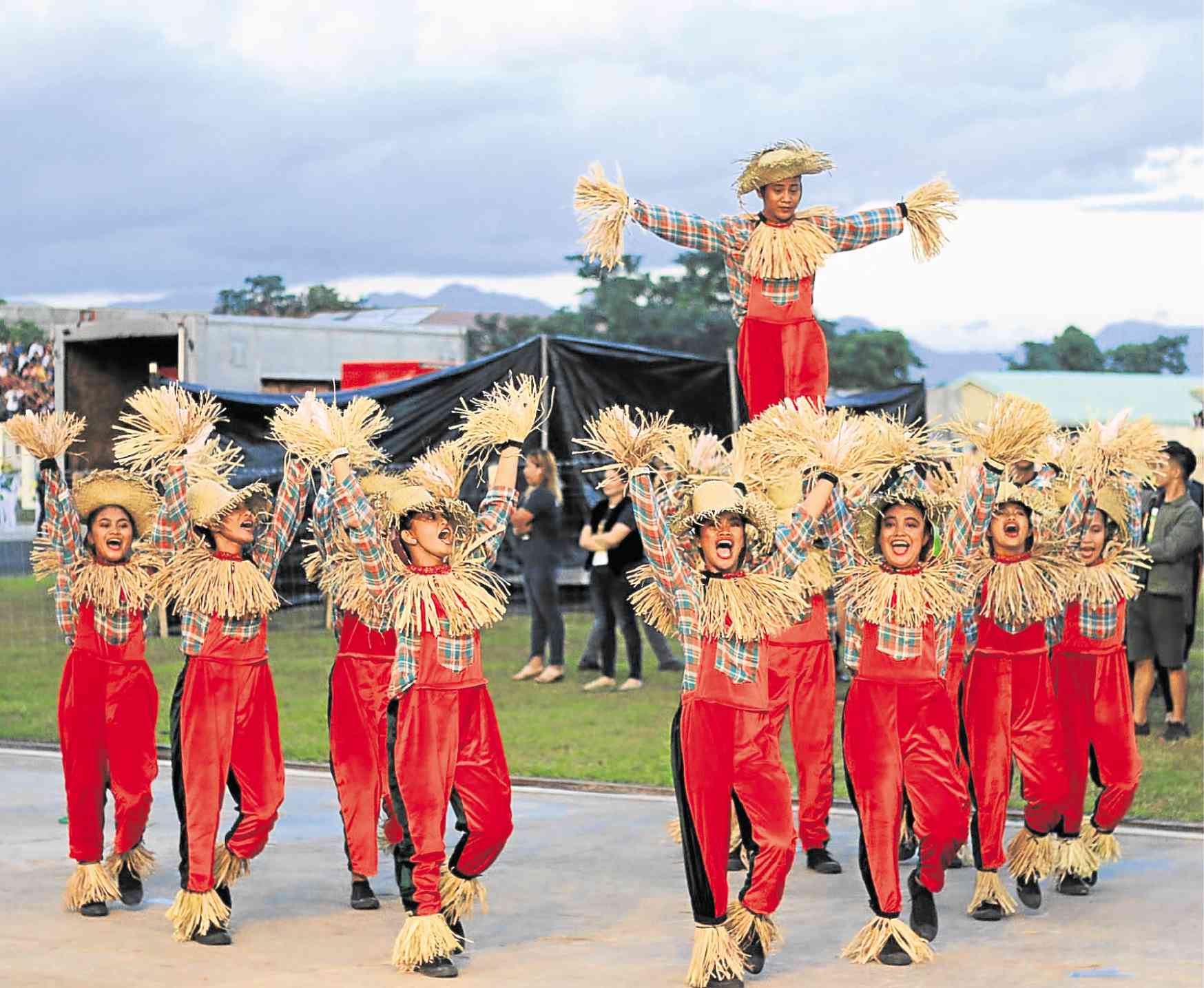 Street dancers from the town of Alicia win first place in the street dance competition.

The province of Isabela in the northern part of the Philippines is a 12-hour drive from Manila. Once you clear the NLEX and the SCTEx, there’s more land to cover, including stretches of lush green farmland punctuated by small dusty towns.

Since 2012, Isabela has been celebrating the Bambanti Festival, a thanksgiving event for a bountiful harvest held every January. From 2015 to 2017, Isabela reaped the Aliw Award for Best Festival Practices and Performances. Last year, it was inducted into the Aliw 2018 Hall of Fame for the same category.

The term bambanti refers to the scarecrows some farmers still rely on, and which is now an enduring symbol of the province. Some have even likened the scarecrow’s open arms to that of Christ on the cross although that’s a bit of a stretch (pun intended).

This year, Isabela set a Guinness record for the most number of dancers dressed as scarecrows during its street dance competition. A total of 2,495 students from the province’s cities and municipalities danced to a catchy jingle, shaking their arms and wagging their legs, tufts of “straw” sticking out of cuffs and hems.

Many of the contingents had been practicing for months, some of them since August. Aside from the three-minute group dance routine, they also prepared for a dance showdown on an open stage three times larger than the one last year.

The week-long festivities were staged in the provincial capitol or the adjacent sports complex. It’s very different from Cebu’s Sinulog, Iloilo’s Dinagyang or Aklan’s Ati-atihan where the dancing and merrymaking are held on the streets and in different areas, allowing more people to join in the revelry.

The Bambanti Festival is set in a controlled environment, which makes it easier to see everything all at once but somehow takes away the element of surprise. What might prove surprising, however, are the prizes that grow higher every year: P300,000 to P1.5 million worth of projects for the winning cities or municipalities.

Aside from the dance competitions, there was also a culinary competition on the Capitol grounds. Makan ken Mainum (literally “food and drink”) had participating teams cooking up new ways to serve longganisa (native link sausages), cocktails and mocktails.

The Bambanti Village, two rows of huts located across the Capitol, displayed items from the different towns: vegetables and rice, maize and chilies—agricultural produce that was lapped up by locals and visitors alike.

Hand-loomed fabric from the town of Quezon was also for sale. Some pieces may have looked similar to abel Iloko with its grids and repeating patterns but there was one with a jagged, asymmetrical design in coral, Pantone’s color of the year.

In front of each hut was a stylized scarecrow including one made to look like reigning Miss Universe Catriona Gray—complete with lava-red gown, ear cuff and crown.

Gov. Faustino Dy III said that the Bambanti Festival is an offshoot of the annual Isabela Day celebration held in May. “It’s good to start the year off by giving thanks,” Dy said.

“Many balikbayan (returning Filipinos) time their annual trips for Christmas and extend it so they can attend the Bambanti Festival,” added Vice Gov. Antonio “Tonypet” Albano.