Philippe Charriol’s death: ‘Why this is so sad for my family’ | Inquirer Lifestyle ❮ ❯ 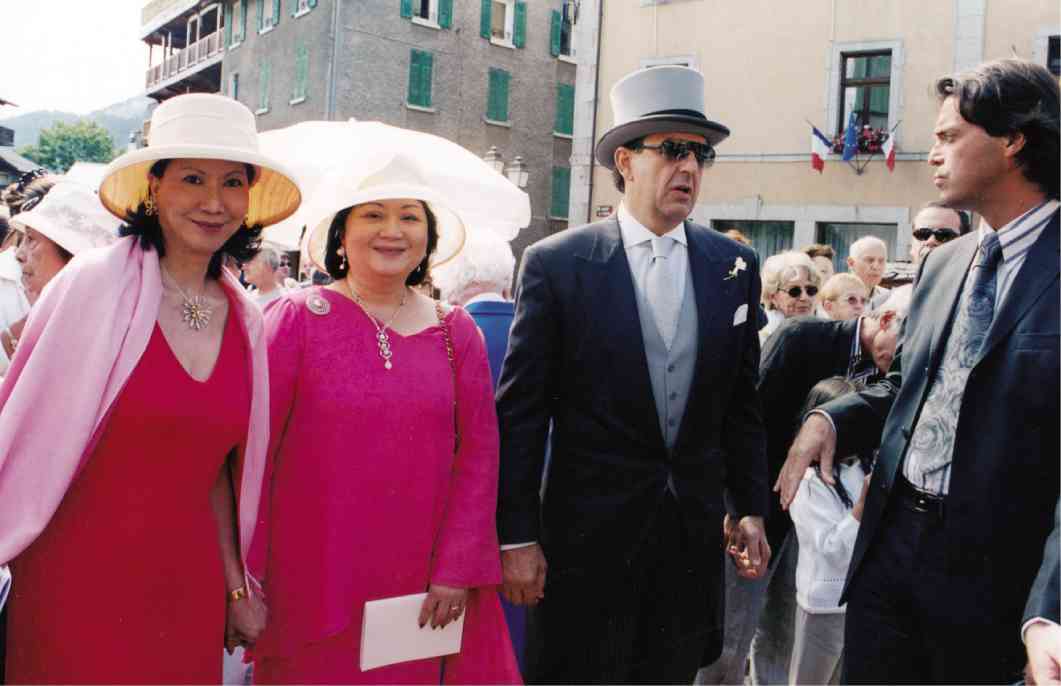 Philippe Charriol’s death: ‘Why this is so sad for my family’

Philippe Charriol was set to be in Manila on March 8, on one of his regular visits that typically mixed business with leisure. His longtime friends and business partners, the Tantoco clan behind Rustan’s and SSI Group, have already scheduled dinners in his honor.

Charriol, 77, founder of the Geneva-based luxury watch and jewelry company, will not be returning to the country he professed to love. He died in a car accident at a race track in southeast France on Feb. 27. The Frenchman was an avid racer.

“People might wonder why this is so sad for my family. But Philippe wasn’t just a business partner; he was a close family friend,” says Zenaida R. Tantoco, chair of the Rustan Group of Companies.

“We knew him since the ’70s when he was with Cartier and he was working with my mom,” she adds. “I got to know him better in the ’80s when I began working with him after he started his own company.”

The friendship between Tantoco and Charriol extended to their families. Charriol had been bringing his children to the Philippines since they were little, Tantoco says.

The family was particularly close to Charriol’s adult children, Coralie and Alexander, and their mother, Annick.

Tantoco showed Lifestyle volumes of both personal and event photos with the Charriols from the Rustan’s archives.

“He was a great friend,” Tantoco says. “He was fun-loving and always showed his bright side, that was Philippe. We always had a good time with him. He always made sure that you were having fun… He had had accidents and people had been advising him to slow down. It’s so sad.”

The Philippines was instrumental in the global success of Charriol, which was founded in 1983.

“The Philippines is where there’s greatest recognition for the Charriol brand,” Charriol told us in one interview. When he’d meet random Filipinos in Paris, he liked to ask if they knew his brand. He was always pleased with their answers.

“My partnership with Rustan’s and SSI has been very rewarding. I’ve worked with three generations [of the family] and I’m still here!” he said.

Charriol’s steel cable line of jewelry called Celtic is iconic and popular among Filipino customers. Its offerings now include luxury Swiss watches, leather accessories, eyewear and fragrances. The brand has 17 points of sale in the Philippines, including Cebu and Davao.

Alexander Jentes, Charriol’s international trainer, had known the late Frenchman since he was little. His dad, veteran hotelier Peter Jentes, and Charriol were longtime friends. “He was a larger-than-life character, an old-world gentleman that’s hard to find these days. He was very worldly and charismatic, a people person. He was always candid,” Jentes says.

He adds, “It’s rare to work in the luxury industry where you can still meet a first-generation owner whom you can really talk to, who’s very open. He was, quite simply, a human being, and I think that’s quite special. He touched the people he met. People who knew him when he was starting Charriol, they’ve been texting me about how he influenced and mentored them.

“It’s a great shock and tragedy. Philippe was an uncle, a mentor, a friend. I hope the children will carry on the torch.”

“Mr. Charriol always gave priority to human relationships, a human touch to his business. It was not just figures, but human contact. He set a beautiful example,” says Thibaud Jaouen, Charriol’s regional sales director. “He spotted the bright side in every individual. Even when what you were proposing wasn’t part of the program, he was open-minded. He’d say, ‘I don’t agree, but please go ahead.’ It showed he trusted you.”

According to a statement released by the Charriol family, their patriarch will be laid to rest next week in Marseille, his birthplace where he also died. A memorial service will be held in Paris later this month.

The Tantocos are also planning to hold a tribute to Charriol at a later date. Tantoco says her son, SSI Group president Anton Huang, is in France with his family and will represent the clan at the funeral.

Charriol was last in the Philippines in June 2018, where he had dinner with the Tantocos. “We’re so careful that my dad doesn’t hear it from other sources. He will be so saddened. We plan to tell him on Sunday when most of us are there so we can cushion the bad news,” Tantoco says.

“Dad” is Ambassador Bienvenido Tantoco, the clan’s patriarch who founded the high-end retail business with his late wife, Gliceria.

Charriol remained a family-owned enterprise and the founder’s children have worked in the company in various capacities—Coralie as creative director and Alexander as visual director. He never forced his children into the business, Charriol had said, especially his only son, who’s an artist. But even as they weren’t pressured, both his children (there’s another daughter, Laetitia, with second wife Marie-Olga) found roles to help the company, Jentes says.

In an interview in late 2017, Charriol talked about his love of racing cars, and how he was still good at it. He said retirement was far in the horizon, as he still loved traveling and visiting markets as the face of his brand.

Asked if he ever contemplated selling his company, Charriol, characteristically candid, replied with a laugh. “Everything is for sale in this world, except your soul.”