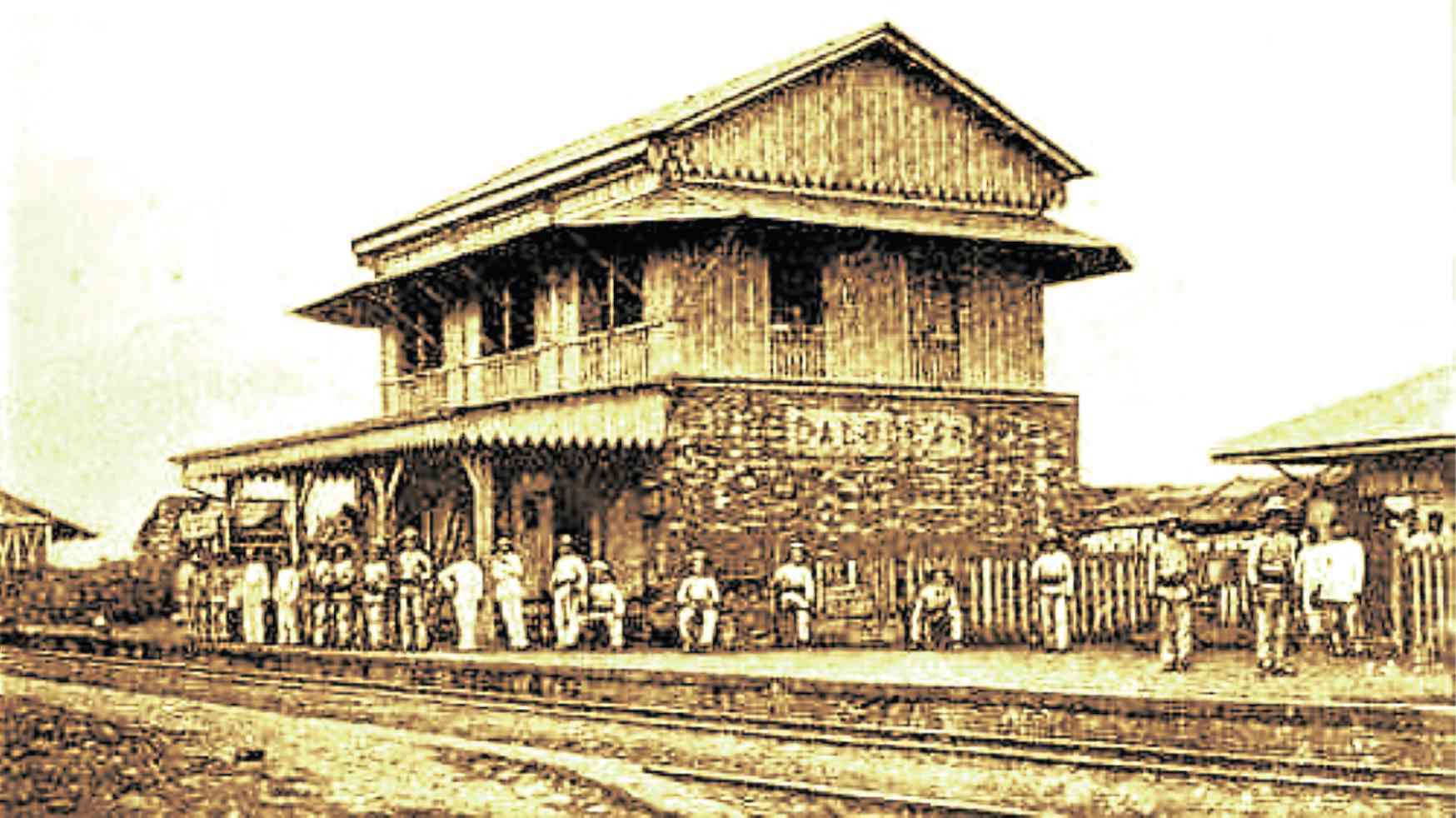 Archival photo of the Caloocan station

The Spanish-era Caloocan train station of the Manila-Dagupan Ferrocarril line was run over by a segment of the elevated Manila North Expressway project linking North Luzon Expressway, MacArthur Highway, and C3 together.

The station located between C. Apostol Stret and Samson Road is typical of the Spanish-era train stations, which have lower levels made of bricks and the second floor made of of wood; it now lies directly under the Department of Public Works and Highways (DPWH)-Manila North Tollways Corporation (MNTC) elevated highway project.

Tito Encarnacion of the Advocates for Heritage Preservation expressed his disappointment, saying DPWH and MNTC appear to disregard the National Heritage Act of 2009.

Encarnacion added that it “looks like the government agencies and their contractors don’t have the courtesy to inform the cultural agencies regarding heritage structures which will be affected by construction or road widening “projects.”

Architect Wilmer Godoy of the National Historical Commission of the Philippines (NHCP) Historic Preservation  Division told the Inquirer that the MNTC had consulted NHCP sometime in 2015 or 2016.

But the consultation was late since a portion of the station had been set to be damaged by a post of the elevated highway and redesigning would mean delay in the project.

NHCP told MNTC to repair what was damaged, said Godoy. MNTC was also told to remove the concrete additions to the structure done over the years.

Godoy said all that remained of the second floor was the Spanish brick wall and the structure could still function as a train station.

He added it could also be transformed into a museum, explaining that NHCP is open for the relocation of the structure using proper conservation approaches.

Godoy said that MNTC in fact had suggested for the conversion of the station into a rail station museum.

Meanwhile, the Aleonar house in Carcar, Cebu was gutted by fire together with more than 10 other houses and commercial establishments in December 7, 2018.

Located on General Luna Street in Carcar’s poblacion, the two-story wooden house built in the 1930s is one of a number of heritage structures of the town described as a heritage area in the newly-published Cultural Center of the Philippines Encyclopedia of Philippine Art. —CONTRIBUTED