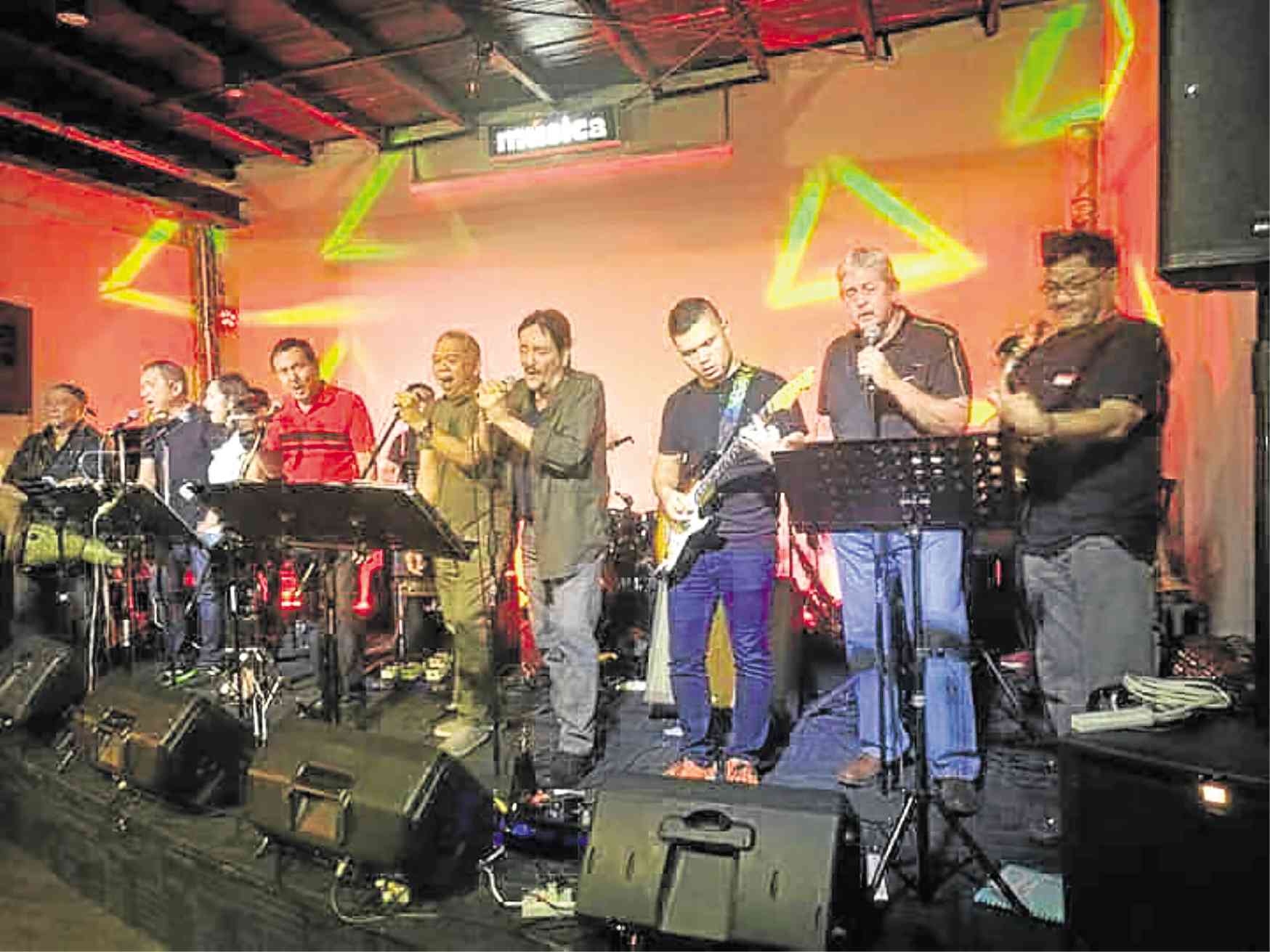 Jack Teotico (fifth from left) and the rest of the band Rockitwell at Musica, Greenhills

When I bumped into Louie Ysmael last Jan. 6 at [email protected], he said he was trying to book Balete’s house band, AMP, to play at his new club, Top of the Alpha by Louie Y.

But by mid-February, Ysmael had quit operating the club, which is actually a partnership with Bobby Ongpin of Alphaland, which owns the building where the club sits on the topmost 34th floor.

The talk among friends was, Ongpin and Ysmael had an argument at the club itself. Asked to confirm the incident, Ysmael texted an emotional reply, which he ended with, “I have asked him (Ongpin) to remove my name from Top of the Alpha… It’s final. We agreed mutually.”

What led Ysmael to walk away from what he conceived, and opened, only last October, as a New York-style jazz club in Makati—like the ones he used to go to as a college student in the United States—and whose name included his trademark Louie Y?

If the perception was that Ongpin might’ve been complaining to Ysmael that Top of the Alpha wasn’t making money, there were also comments from friends who’ve been there that “It’s pricey.”

But the curious thing— quite an irony for such a high-end club—was that musicians said that talent fees were lower than preferred rates.

Nonetheless, the disagreements between two business partners over the club’s viability might’ve been too emotionally draining, forcing Ysmael’s drastic decision to get up and leave.

For the past several years, Tuesday nights at Strumm’s in Makati are packed with friends and couples who unwind to the classic pop-rock-soul-disco repertoire of the band Glass Onion.

The band has been adding members, so much so that it now has 18 people on stage that showcase the exceptional skills and talents of each one.

Two of them, Lenny de Jesus and Tonyboy Cojuangco, stand out for shedding their daytime roles as academic and business leader, respectively, to play part-time musicians out for some fun at night.

De Jesus is particularly interesting. She’s the president of Pamantasan ng Lungsod ng Maynila, has a doctorate in psychology at University of the Philippines, loves classical music, plays piano, guitar and the flute.

It’s a collectors item, because it’s not for sale.

On another Tuesday night, this time at Musica in Greenhills, a band called Rockitwell is playing a repertoire similar to Glass Onion’s—including the Rolling Stones’ “Jumpin’ Jack Flash.”

Teotico, a former investment banker and government executive, runs an art gallery. He and Atayde, along with Rene Narciso, Kiko Perfecto and Dindo Ibazeta, have been classmates since 1959 at La Salle Green Hills (LSGH) and are part of LSGH high school batch 1970.

They formed Rockitwell primarily to have fun and also to energize further their preparations for LSGH Batch ’70’s 50th anniversary homecoming.

Composed of 10 members, with a few others joining to jam on stage, Rockitwell rocks, indeed. Well, not too hard, but good enough to groove on a Stones classic like “Sympathy For the Devil.”