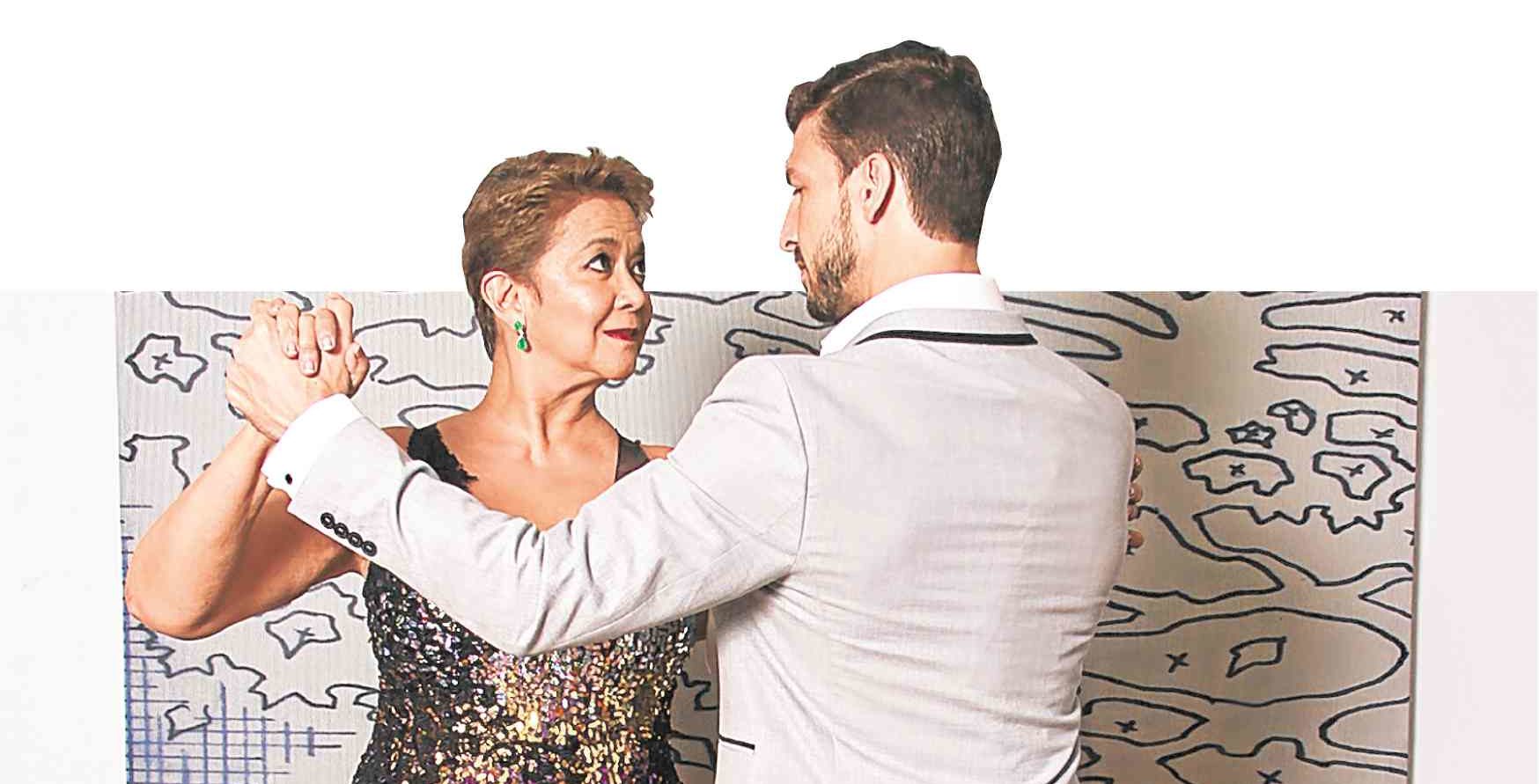 At a milonga (Argentine tango party/ dance floor), you are snug in a compact space with your partner, synchronizing his or her subtly sensual movements and pulse with yours. Without words, your body expresses your inner desire.

Argentine-born Unesco tango referente (reference authority) Julio Bassan explained: “When you start thinking of what you have to do, you stop living. Tango is like a discussion. One talks and the other listens, and yet we are quiet. In tango, there is always a pause. You breathe, freeze and collect, and start again. That is the difference between tango and other dances in the world.”

Bassan is one of the six referentes, appointed by the UN cultural organization, whose tasks are to maintain the conservation, boost the promotion and uphold the importance of tango in Argentina’s cultural history. He is a proponent of the old school of tango which maintains the dance decorum, the dress code, performance to live orchestra, and the elegant movements. Still, he gives some stylistic innovations.

Ballet Philippines president Kathleen Liechtenstein recalled how her husband, Lior, was inspired by a tango performance at Manila House. The couple flew to Buenos Aires, the world’s tango capital, to study tango under Bassan and immersed themselves at the milongas for 25 days.  They continued their lessons with Bassan when he visited Manila last January.

Bassan described tango as “the dance of the heart.”

“Everything happens from the heart,” he said. “The idea of tango is to meet each other and lock in an embrace.”

In this leader-follower relationship, tango reveals the gentleman’s heart. “The man invites the woman without saying anything. He is the leader, who  listens to the music and navigates their moves on the dance floor. He must be gentle with her. There is no pushing or pulling. The movement is a suave caress. That is the life of tango.”

The woman, the follower,  listens to the body and feels with her eyes closed. “She tries to guess where her partner is taking her. She has to trust him. Even if she’s dancing with a stranger, she shares her soul through the movements.” 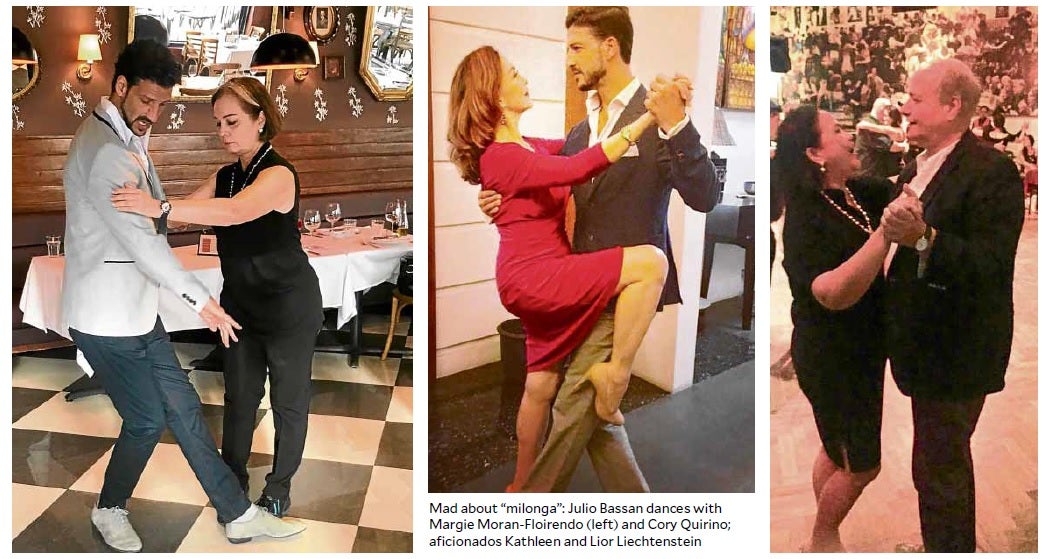 A good tango dancer is honest with the self and with the partner, added Bassan. The leader should make the woman feel special.

“Sometimes the follower takes the lead. The leader should respect the woman’s feelings, her moves and her body. Tango is brought to a deeper level when both of you breathe together. You are in rhythm. For a moment, you are not aware of each other’s physical presence. You are just two souls receiving each other and feeling the ecstasy,” he said.

Since childhood, Bassan has been exposed to tango music through his father, a doctor who sang and played the accordion and piano. In college, his major was in drama at the Instituto Universidad Nacional de las Artes. He also studied folk dance and tango.

Towering at 6’4,” Bassan, with his model looks, became in-demand for his suave yet intense dancing, musicality and spontaneity. Early in his dance career, he produced milongas, managed tango clubs, performed in international tours and acted in movies and television.

According to him, in 2009, tango was included in Unesco’s List of Cultural Treasures for being one of the most identifiable art forms. Its music, dance and poetry represent diversity and further cultural exchange.

“Tango is our patrimony,” said Bassan. “The beauty of tango is that you can dance with someone who is from a different country or has a different mindset. Age and appearance don’t matter.  Tango breaks all kinds of barriers. You can invite people to dream and to communicate.”

Another highlight of his career is his leadership of the Association de Organizadores de Milongas. Bassan, the president,  and his colleagues formed an advisory board that lobbied for the local government to provide grants to organizers of milongas and to professionalize the industry.

Their group made history when the city created the Institute Advisory Council for Buenos Aires Milonga. It gives subsidies to organizers so they can pay professionals, musicians and orchestras, and even repair or renovate the milonga venues.

Bassan is one of only two general supervisors of the annual Mundial Pista de Tango, the prestigious international Argentine tango competition held every August in Buenos Aires.

A sought-after coach and choreographer, he travels around the world to share his expertise. By popular demand, Bassan will be teaching in the Philippines yet again from March 14 to 29.

On his first trip to Manila, Bassan held workshops and private tutorials and observed the milongas. He was impressed with the Filipinos’ enthusiasm for Argentine tango. “I have seen some good dancers here. There is a lot of potential to create a bigger tango community where people can share knowledge and know more about the tango world. They can still be exposed to a wider variety of music, orchestras,  tango styles or different expressions,” he said.

Bassan has been encouraging people to take up Argentine tango because it’s a process of self-discovery.

“You realize many things that you didn’t know, or some feelings emerge. In this era when people are glued to their gadgets, it is refreshing to visit a place where people embrace. At the milonga, you meet a lot of people and see their individuality. It’s good to learn basic techniques so you can convey your feelings through the music.” –CONTRIBUTED