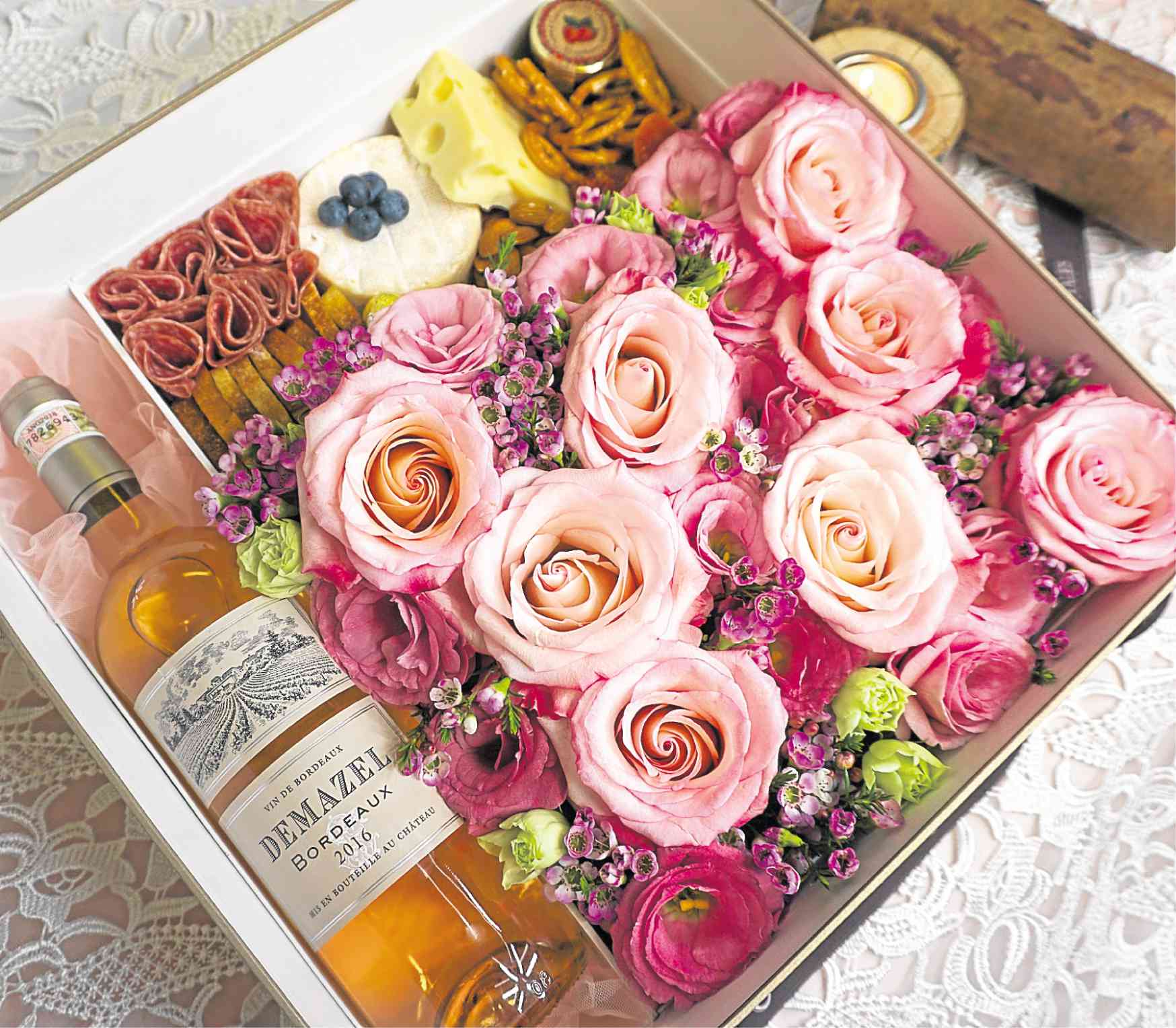 I remember how beautiful the Spanish-theme cart was, filled with tapas and pintxos, at my nephew Quinto Oreta’s 40th birthday.

The spread was masterfully put together by Cart Tales, a company formed by four friends.

Chef Joanna Ong plans what goes into the table and whips deliciousness into it. Albert Kurniawan and Joannah Bulanadi dictate the look and toil endlessly till what’s before them is visually gratifying. Nikolai Crisostomo, the company’s general manager and head of sales and expenses, puts order to the madness.

They have produced some of the most Instagrammable food carts and grazing tables I have laid my eyes on.

Their works are greatly inspired by their travels. Experiencing other cultures and cuisines bring excitement and variety into their offerings.

They define their styling as raw, organic, natural—patterned after what they’ve seen in Australia and New Zealand. But their creativity is not limited to just one look. Cart Tales has nine concepts.

There’s the Mediterranean Cart, inspired by a restaurant, La Paolina in Capri, with a canopy decked with lemons.

The other themes are Spanish, Nordic, German, Asian, Filipino, Mexican, Desserts, and All Meats and Cheese.

The Cart Tales team strives to provide what clients desire. It takes pride in being flexible with concepts. It customizes and provides a variety of services and add-ons to the menus.

The carts can be partnered with pasta, salad, risotto and carving stations, as well as charcuterie boxes.

Smaller groups are accommodated by means of party platters, which are little versions of the carts. They even have vegetarian platters.