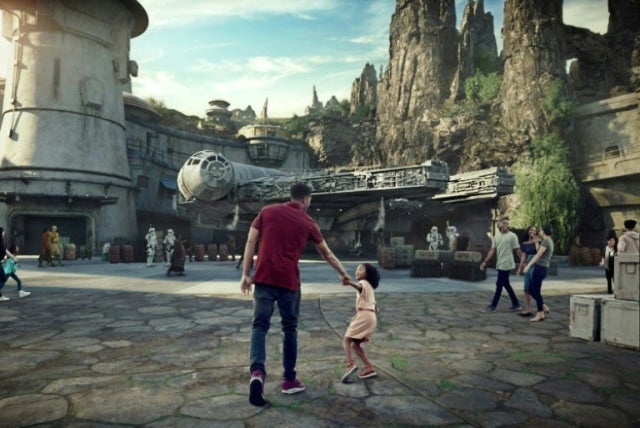 The Force will soon be with California and Florida: Disney announced on Thursday that its “Star Wars” theme park attractions will be opening this year, ahead of schedule, in the two US states.

Disneyland Park in Anaheim, California, will open its “Galaxy’s Edge” attraction on May 31, while Disney World in Orlando, Florida will launch its version on August 29.

In a statement, Disney said the theme parks — initially set to make their debuts in the summer in California and in the fall in Florida — will open in phases.

“On opening day for phase one, guests will be transported to the remote planet of Batuu, full of unique sights, sounds, smells and tastes,” the statement said.

“Guests can become part of the story as they sample galactic food and beverages, explore an intriguing collection of merchant shops and take the controls of the most famous ship in the galaxy aboard Millennium Falcon: Smugglers Run”.

Phase two, opening later this year, will feature “Rise of the Resistance”, an immersive attraction in which park goers can experience battle between the First Order and the Resistance.

The new lands will offer Star Wars-themed restaurants and shops, and Disney World is also set to have a hotel where guests will sleep on board a starship offering a space view.

“Galaxy’s Edge” is part of Disney’s ambitious plan to expand its theme parks around the world. CC