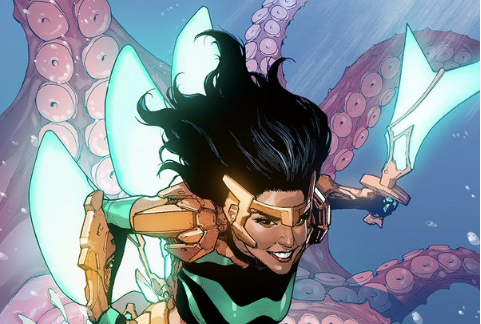 A Filipina will soon save the world in Marvel’s comic universe.

Wave will be joining forces with Aero and Sword Master from China in the upcoming “The War of the Realms” comic, which is set in Asia.

As announced at @sxsw, I'm thrilled to share the great @leinilyu's stunning design of WAVE, Marvel's new Filipino superhero! Gorgeous colors by @sunnygho! She'll appear for the first time in WAR OF THE REALMS: NEW AGENTS OF ATLAS #1 in May, with art by Gang-Hyuk Lim! pic.twitter.com/cZhwXbQ1FG

“War of the Realms is this big, big Marvel universe story involving all the heroes from the Avengers, the Fantastic Four, Wolverine, the whole line,” Marvel editor Wil Moss said about the comic book, as per Marvel’s website.

Expect Wave to be gracing the comics when she appears in the “War of the Realms: New Agents of Atlas #1” to be released in May.  /ra

‘Captain Marvel’ is flawed but serviceable