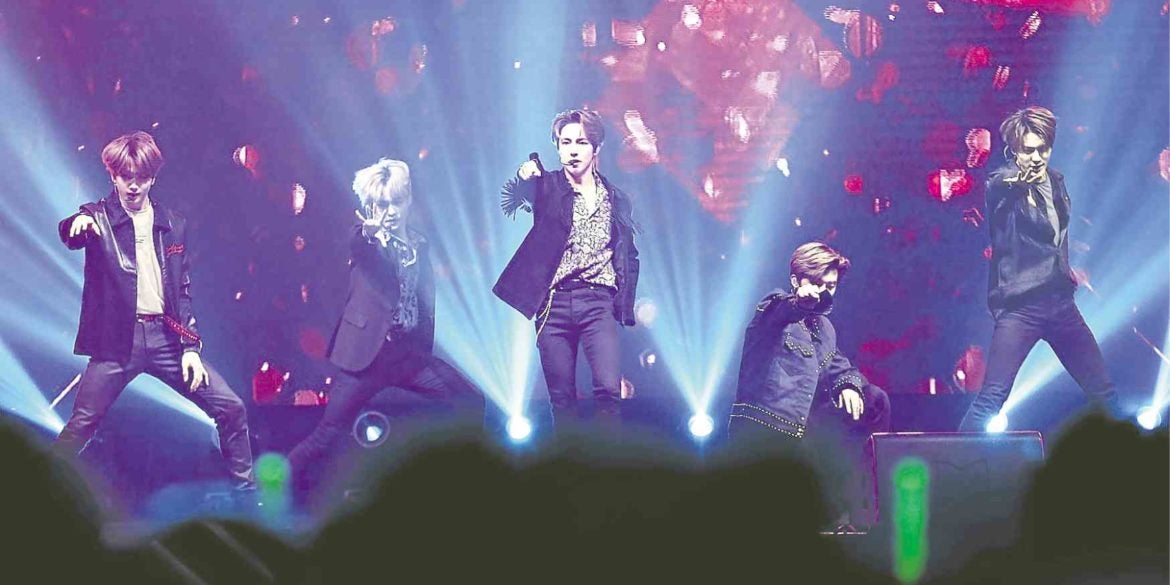 NCT Dream reveals at the press conference that they went to a Filipino restaurant and were impressed with how friendly and beautiful the locals were. —PHOTOS BY RICHARD A. REYES

Filipino band Silent Sanctuary received as much applause and appreciation as their Korean counterparts NCT Dream, Noir and April last Thursday. The audience swayed and knew every word to all the songs they performed including “Sa ‘Yo” and “Ikaw Lamang.”

Their act was the perfect opening for the 2019 K-pop Friendship Concert at the Mall of Asia Arena. The event celebrated 70 years of diplomatic relations between the Philippines and South Korea.

Korean Ambassador Han Dong-man came to the event in a barong Tagalog. He also spoke to the crowd of Filipinos and Koreans in Filipino.

“Korean wave, like K-pop, K-drama and cosmetics, is popular in the country. One of my jobs is to promote it. I invite the fans of K-pop to support the relationship between Korea and the Philippines. I love you, Filipinos,” said Han.

He was joined onstage by Korea’s Sports, Culture and Tourism Minister Kim Yong-sam and Bangko Sentral chief Benjamin Diokno. Filipino and Korean children were also invited to release paper cranes to symbolize the continuing friendship between the two nations.

They came to the country in December last year to promote their mini album, “Top Gun.” The rookie group performed songs from that album. They started with “Gangsta.”  They then slowed it down with “Gift” and then pumped things up again with the catchy “Airplane Mode.”

The group said that BTS is their inspiration. Thus, they covered BTS’ “Boy in Luv.” The song is from BTS’ second album, “Skool Luv Affair.”

At the press conference, Rachel said they were worried about performing because it was their first time to do it in the country. They said that they had a lot of concepts to show like cuteness and purity.

The members also said that they wanted to flex their entertainment muscle and experiment with other things.  Naeun has been part of web dramas, but she wants to try other things, too.

“I want to try popular variety shows with all our members in Korea,” Naeun said.

The biggest fandom that night was the NCTzens. They waved their lime-colored lightsticks in the air for all the bands who performed that night (see related article).

The group performed “Chewing Gum,” “Go,” “My First and Last” and “We Go Up.” They were surprised at the turnout so they promised to be back and have a concert just for their fans.