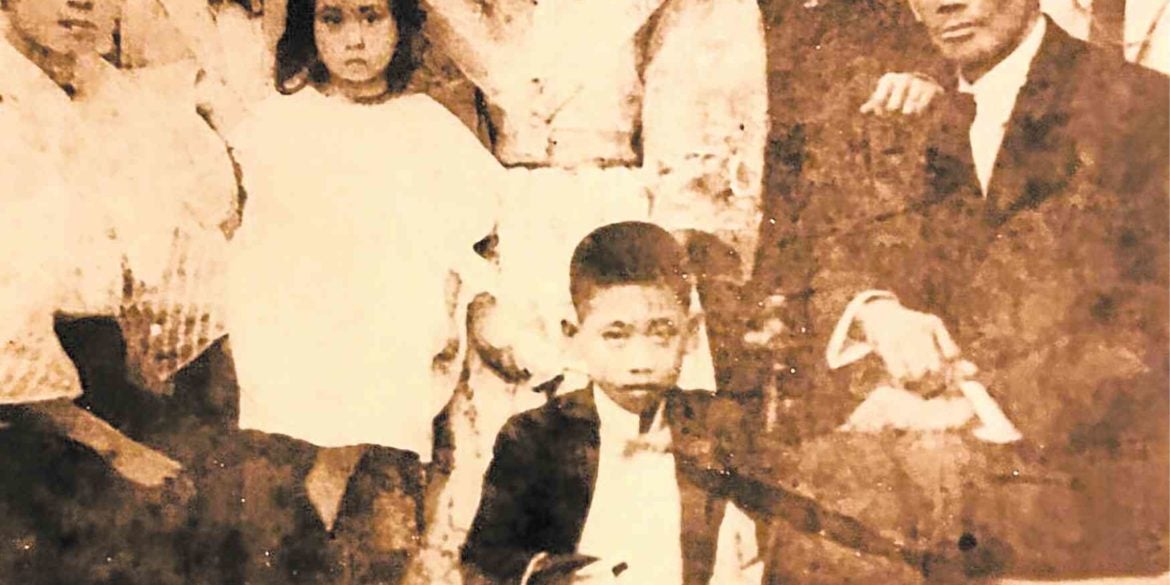 More than the nostalgia they evoke, it’s the significant aspects of a family’s history that such pictures encapsulate

The saying “A picture is worth a thousand words” is never truer than when it comes to “heirloom” family photos, lovingly saved and handed down to succeeding generations. Going through many old sepia and black-and-white photos in our big clan’s files (digital and actual prints), I was delighted by the old-world charm and the nostalgic appeal of a bygone era.

But what really struck me in a few of the photos was their contextual significance in our family’s history. I believe this holds true for other families as well.

Here are two examples which stand out. The first is a solo photo of my grandfather, Gen. Servillano Aquino, posing proudly for the camera in striped prison garb. The historical context dramatized by the photo is engaging: General Aquino, a hero of both the Philippine Revolution of 1896 and of the Philippine-American war that immediately followed, became a prisoner-of-war in both conflicts.

Saved by the bell

In the first one, he was imprisoned in Fort Santiago and sentenced to death. A day or two before his scheduled execution, he was saved by the bell, by the Pact of Biak-na-Bato, a truce between  the leaders of the revolution, led by Emilio Aguinaldo, and the Spanish authorities.

Fast-forward to the second war: He was not covered by a general amnesty when hostilities ceased, and was again imprisoned, this time for almost four years, by the Americans who court-martialed him for alleged “war crimes” against his former American prisoners. He was again convicted and meted another death sentence (later commuted to a life sentence). He was eventually “pardoned” by President Theodore Roosevelt upon the recommendation of then Secretary of War William Howard Taft, a former Philippine governor-general who later on also became a United States president.

Lolo Mianong was only 30 years old when he was finally released from prison.

As I said earlier, this event-filled period is recalled by his proud photo in his American prison garb, dramatically showing that his spirit was never broken despite two death sentences and four years in prison. It also implies the sacrifice of precious time spent away from his young family at the time, fighting in two wars in his 20s.

I also suddenly realized that I wouldn’t be writing this article today if he had been actually executed on either of the two times he was sentenced to die. Moreover, a big portion of our clan wouldn’t be around today, because my mother was born in 1905, after his release from prison by the Americans.

The second photo is a family portrait showing my maternal grandparents, Gen. and Mrs. Servillano Aquino, and their large brood some time in the early 1900s. The small girl in the second row is my mother, Fortunata Aquino, the youngest child who had been born by then. Again, this treasured photo reflects a long, interesting family history.

But to put it concisely, my grandfather was a widower and my grandmother was a widow (Petronila Quiambao, previously Ms Luciano Estrada), each of them already having their own children with their respective departed spouses when they decided to get married. Their union produced a daughter, the  toddler in the photo.

But what makes the story more intriguing is the fact that the widower married his widowed sister-in-law, and therefore the young people in the photo were actually first cousins who became step-siblings with the union of their respective parents.

All this history is again encapsulated in a single, all-encompassing family photo, which has been treasured, reproduced and passed on through five generations, and painstakingly explained to the members of each succeeding one for a better appreciation of their ancestral roots.

It is interesting to note that a number of the direct descendants of the people in the family photo became prominent public figures, notably Ninoy Aquino, Eva Estrada-Kalaw, Nina Estrada-Puyat, Butz Aquino, Tessie Aquino-Oreta, and most recently, President Noynoy Aquino and incumbent Sen. Bam Aquino.

And lastly, to cap off his colorful life and many achievements, our Lolo Mianong was widowed a second time, married for the third time at the ripe “young” age of 72, and had one more son, former congressman Hermie Aquino of Tarlac.