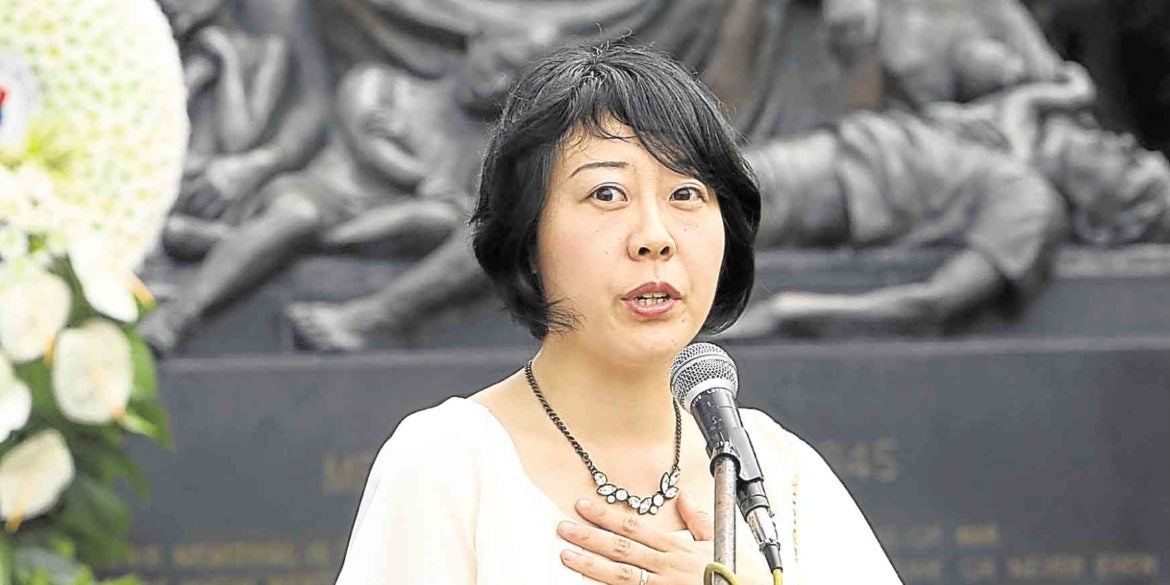 Why Filipinos should honor the memory of World War II

Seventy-four years after the Massacre of Manila in February 1945, a foundation of survivors and their descendants is ready to forgive—but never forget

It was Manila’s own slaughter of the innocents.

In February of 1945, facing imminent defeat at the hands of the advancing Allies, the remaining Japanese Imperial forces in Manila retreated south, systematically killing unarmed civilians—men, women and children—in their path. For 30 days, they unleashed hell on earth.

By March, Manila was a rubble-strewn graveyard: over 100,000 residents had been killed, countless more were scarred for life, both physically and psychologically.

For the dwindling number of survivors, many of them now in their 90s, those deeply personal, deeply painful memories will never fade.

But cultural memory—what we as a people choose to remember—is a different matter.

For many millennials, especially, World War II is just a faint echo from a distant and hazy past.

“We in the Philippines do not seem to take our history seriously,” says Jose Miguel Cabarrus. “We very quickly forget. It is one thing to forgive—you can forgive, and that’s fine. But one should never forget.”

Cabarrus is president of the Memorare-Manila 1945 Foundation, a private, nonprofit organization founded by survivors of the Manila massacre and their descendants in 1993, precisely to preserve and pass on the memory of this dark episode in our history before it’s too late.

It’s a struggle—not only against the relentless march of time and our ever-increasing distance from the horrible events of 1945, but also against government apathy, even in the face of attempts to revise history.

Cabarrus cites the controversy over the memorial to the “comfort women”—Filipinas who were sexually enslaved by the Japanese military—erected on Roxas Boulevard.

The statue raised protests from Japanese officials, even though the Japanese government has never issued a formal apology for this practice, and there have been revisionist attempts to paint the comfort women as prostitutes rather than unwilling sex slaves. (Caving in to their demands, the government later transferred the statue to a private home, out of sight.)

“Why would we have a statue dedicated to the kamikaze pilots in Mabalacat and complain about a statue for women who were raped, beaten, prostituted and treated like cattle by the Japanese army?” asks Cabarrus. “It always comes down to the fact that we receive aid from them. Let’s not sell ourselves like that. I think it’s completely wrong and that’s the kind of mentality we have to get over.”

This is easier said than done. For one thing, he says, the public and private school curriculum is woefully inadequate in presenting the history of World War II in the Philippines.

“A people who forget their past have no future,” said Cabarrus in a speech last year at the 73rd anniversary of the Manila massacre, quoting Winston Churchill.

“The Japanese government has never formally acknowledged nor apologized for the actions of its military in Manila and in its three-year occupation of this country,” he added. “That is unfortunate. The actions of its armed forces in dealing with the civilian population were brutal and barbaric. They punished a population who could not defend itself. Their actions are inexplicable and though many reasons have been given for their conduct, none, in my opinion, explains it fully. What is known … is that ‘their actions were deliberate and methodical’ … In other words, their actions were not an accident. It was done with forethought and with impunity. Memorare members would like to see a formal apology from Japan. Hopefully, it will come soon. For without repentance, there can be no real reconciliation. The circle must be closed.”

He might have a long wait ahead of him.

There are, however, some hopeful signs.

For the past several years, a group of young Japanese called the Bridge for Peace has been joining in the annual commemoration of the Manila massacre at the Memorare-Manila 1945 shrine in Plaza Sta. Isabel in Intramuros.

The organization was founded in 2004 by a young Japanese woman named Naoko Jin, who realized how little her generation knew about the war when she was confronted by a war widow while she was studying in Manila.

Since then, she and her team of volunteers have been compiling an oral history, videotaping Japanese war veterans telling their stories and apologizing for things they did and showing these in the Philippines to the families of victims of the war. They have also started videotaping stories of Filipino survivors and their descendants, and showing them in Japan.

By compiling such stories, Bridge for Peace is aiding in the transmission of these shared memories with the generations of Japanese and Filipinos born after the war.

“Today, many people, especially the young, may ask, ‘Why is it important to commemorate this event? How does this event affect me?’” says Cabarrus.

He himself was born four years after the war, but as a child he remembers seeing his mother’s scars, left by shrapnel wounds from the bombardment of Manila, and hearing stories about how his parents barely survived the Manila massacre, which claimed the life of his grandmother and aunt.

“First, we must remember, mourn, grieve and validate the deaths of over 100,000 civilians who perished in that month. Innocent people, children, women, men, the elderly and the sick. The children who were killed that never had a chance to grow up, to fulfill their dreams and careers, to have families of their own. The men and women who saw their children and other members of their families die by bayonet, bullet, sword, grenades, by burning and shelling, and in many cases were killed themselves. The elderly and sick who should have passed the last years of their lives in peace and tranquility. We must remember them.

“Secondly, and perhaps even to a greater extent, we must remember the survivors. These people suffered not only physical wounds, but psychological ones as well. They have had to live the rest of their lives carrying that burden and those terrible memories in their souls… We must remember and honor them.

“Third, the city of Manila was destroyed almost completely end to end. It was a beautiful city, the so-called Pearl of the Orient, which lost not only its citizenry but many of its cultural treasures which can never be recovered again. We must remember that city.”

At a time when few question the received psychobabble of “closure” and “moving on with our lives,” this might take some doing.

“Filipinos are a forgiving, loving people in many ways,” he says. “Nobody is saying that you cannot forgive. But to forgive properly, you need some sort of repentance, some sort of contrition.”

None of this is possible without remembering.