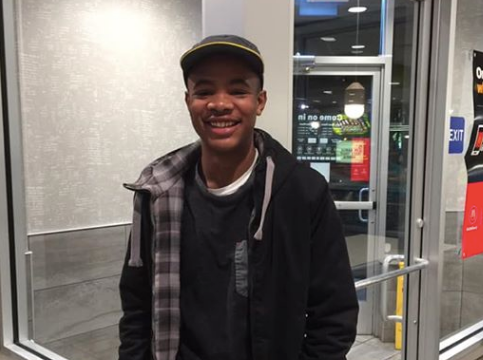 A fast food employee earned the praise of thousands of netizens recently when he shouldered a customer’s order who forgot her wallet.

The customer, Aundrea Duncan of Ohio, United States, took to Facebook on March 4 where she narrated the heartwarming story. She posted a photo of the employee, Jeremiah, and told what went down on Friday, March 1, when she went to a McDonald’s for dinner after a long day of working at the barn and had no lunch.

“Friday was a long day at work, I didn’t get a lunch,” she said. “After leaving the barn around 9 I stopped by the McDonalds in Reading, Oh to grab some dinner. I ordered my food but realized as I got to the window to pay, I had left my wallet at work.”

This handsome young man is Jeremiah. Friday was a long day at work, I didn’t get a lunch. After leaving the barn around…

Duncan asked Jeremiah to just cancel her order, but instead, he told her it is okay and proceeded to pay for her meal.

“I told this young man to cancel my order. His response was ‘it’s ok ma’am I got you,’” she said. “He then took out his wallet and paid for my meal. What an amazing young man!”

Duncan’s post has since garnered over 5,000 shares and 20,000 reactions, with many netizens praising him for his random act of kindness.

She further stated that she wanted to post about Jeremiah because people often hear so much about what is wrong with the world.

“I had to share a little of what is right,” she added. “He didn’t know how tired I was or that I hadn’t eaten or even if he would be repaid, but he didn’t even bat an eye and just acted.”

Meanwhile, Jeremiah’s mother, Donna McDonald, seemed overwhelmed and took to Duncan’s post to thank everyone for their kind words.

“Thank you all for the kind words about my son,” she said on March 5. “Humbly grateful for all the love you are showing him.”

One commenter Amy Camins on the other hand told Duncan she believes there are more young people like Jeremiah.

“I firmly believe that more people are like this young man. The media just won’t cover it because there is no wow factor in it…” wrote Camins. “I hope he keeps this wonderful feeling throughout his life. In this day and age it’s hard to do.”

Duncan agreed, saying it is the reason why she decided to share her story about Jeremiah in the first place.

“I agree!” she said. “That’s why I felt it was important to share this!” JB