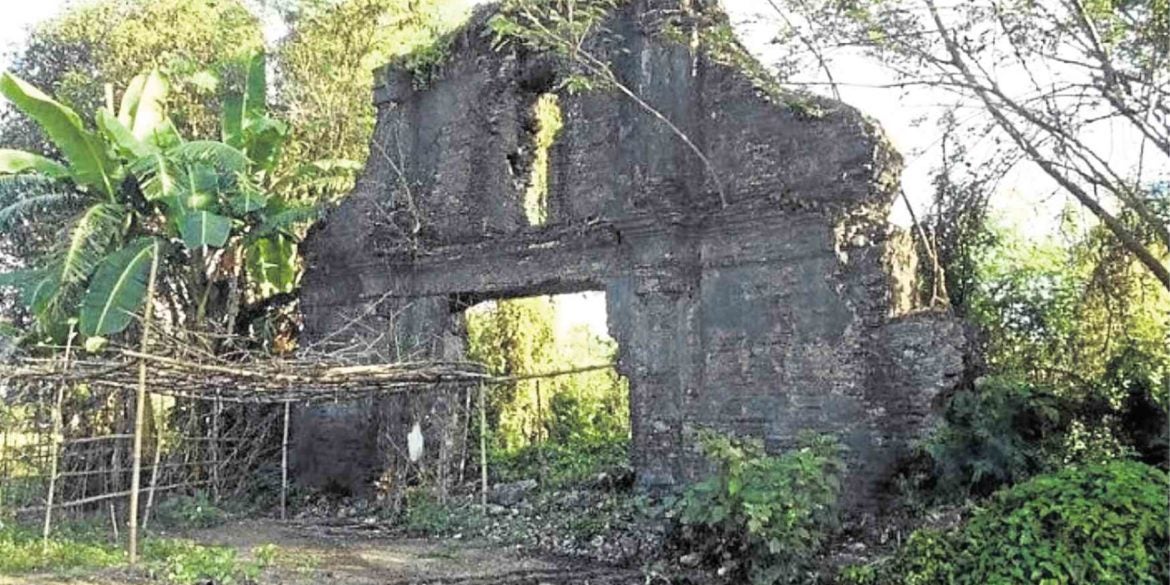 A cockpit arena now stands at the site of the Spanish-era cemetery of Balaoan in La Union following its demolition last year.

The circular cemetery together with the town’s convent was built by Fr. Casimiro Melgosa in 1877.

It was where the seven martyrs of Balaoan were executed by Spanish authorities during the 1896 Philippine revolution.

A descendant of one of those martyrs, Emilie Obaldo, a heritage advocate based in the United States, lamented the demolition.

“If this issue is a violation of any existing Philippine law protecting historical structures, then whoever demolished Balaoan’s public cemetery should be held accountable,” said Obaldo. (She is sister of mayoralty candidate General Pedro Obaldo Jr.

The “desecrated” cemetery, she said, “has been untouched for years, evident that it has always been a public property.” But it appears to have been transferred to private ownership.

“The site wasn’t declared (officially as a heritage site) but (the demolition is) a violation of Republic Act  10066,” said Barns, referring to the National Cultural Heritage Act of 2009.

Barns explained the demolition might be a violation “relative to presumption of importance” by RA 10066 of any structure that is at least 50 years old.

He said the demolition of a presumed important cultural property is not allowed “unless cleared by the National Historical Commission of the Philippines (NHCP).”

He urged concerned parties to file complaint with the NHCP.

“Only then might penalties for violation be possible,” he said.

The NHCP is looking into the matter. Architect Wilmer Godoy of the NHCP’s Historic Preservation Division said heritage structures should be preserved since these are protected under the heritage law.

Inquirer tried to get the side of the Balaoan municipal government, but the latter did not reply.

Meanwhile in Juban, Sorsogon, three of four Spanish colonial and turn of the 20th century heritage houses are set to be affected by a Department of Public Work and Highways (DPWH) road widening project, said concerned citizens.

Heritage advocates have called on the DPWH to spare the houses by building a diversion road instead or just leaving that portion of the highway untouched.–CONTRIBUTED