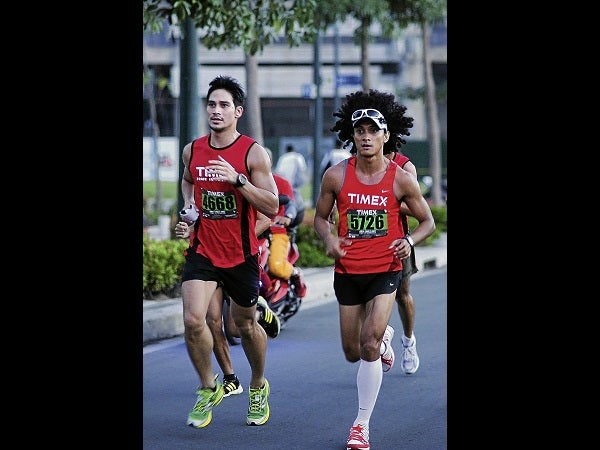 Fireworks with the Dragon, Katy Perry and Piolo Pascual

The Year of the Water Dragon has entered! So many events happened on that same evening that I wish I had a dragon to fly me around to all of them.

The event I attended first was Mandarin Oriental’s traditional Chinese New Year blast. The hotel, as always, pulls out all the stops for this fete. The fireworks delighted all the guests, and they all got lucky blessings from the hotel’s resident geomancer, Joseph Chau.

VP Jojo Binay was at the Mandarin as well, joining GM Mark Bradford as they opened the festivities with the traditional Dotting of the Dragon and Lions Ceremony. Master Chau assisted the distinguished gentlemen in dotting of the eye of the lions and dragons to bring in luck, and the forehead of the dragon to bring peace.

Peace is truly what we need in this country, so we hope VP Binay has the heavenly stars on his side and makes this happen. I was lucky enough to get to know the VP better a few days earlier, at an intimate dinner at the lovely home of good friends Ed and Mila Lacson.

With all the sumptuous food that evening, Mila and I just talked about slimming tips and exercise. I guess everything in moderation is the key! That is my New Year’s resolution.

At the Mandarin, entertainment, decorations, food and service were all topnotch! I have to say that F&B director Chico Angeles outdid himself, with his team working overtime to come up with the best of the best. I’m glad co-host Tim Yap and I are part of the Mandarin family that always welcomes in the New Year.

PR head Charisse Chuidian made sure each guest was taken care of, especially the evening’s sponsors BMW, Hennessy XO, Unionpay and Enchanted Kingdom. At the party, I spotted Olga Azarcon of Moet Hennessy, who is looking very slim thanks to the Cohen Program she is on.

I wondered what Olga could eat as the food was very rich all night.

We had our first lucky meal of the year watching amazing performances by the Black Theater and sultry singer Jenny Rowolle. Black Theater’s personalized show featured the different Mandarin Oriental hotels in the world and ended with a dramatic performance of Katy Perry’s hit song “Firework.”

Just a few kilometers away, the real-life Katy Perry was also performing “Firework” at her “California Dream” concert at the SM Mall of Asia. I was there vicariously, connected through my teener daughter, Annika, chaperoned by close friends Richard Tiu, Divine Lee and Victor Basa.

We all connected at the post-midnight Katy Perry After-Party at Republiq. I could hardly keep my eyes open, weighed down wearing my flaming-red dragon ensemble by Cebu designer Ronald Enrico and a Chinese headpiece by Mark Tenchavez. I was excited to meet the pop star but, unfortunately, she was a no-show.

We partied on till 4 a.m. There is no party like a Tim Yap party. Two evenings, or more specifically, mornings later, we were back at Resorts World for his birthday celebration.

Tim threw a Mad Hat Party at Marriott’s and had all his guests come in outrageous hats. Best hats went to gorgeous cousins Georgina Wilson, in a tall feathery headgear, and Isabelle Daza, using her mother Gloria Diaz’s Miss Universe crown. They both got a Swatch Year of the Dragon watch for their efforts. The guests all got loot bags from Fila, stuffed with more gifts from Belo and Zenzest.

Back at the Katy Perry After-Party, in the predawn hours of the Chinese New Year, I realized I had been awake for 24 hours. I had woken up early the day before for the Timex Run 2012: Time is Runnin’ Race at Bonifacio Global City.

It doesn’t hurt anyone to start off a Sunday morning with Piolo Pascual. He ran 10K and I 16K, but we crossed paths along the route. I surely slowed him down with impromptu picture-taking, but he still did a personal best of 47:42.

Piolo’s time is a tremendous 10K time. The new goal of many runners now is to achieve a “sub-Piolo.” Check out the blog of runner Dennis Ravanzo, runningpinoy, for his fun story on the Timex Run.

My run training these days is limited to choosing which colorful tutu to wear on the course. Coach Ani Brown needs to jump-start my program, especially for the upcoming Condura Skyway Marathon 2012 on Feb. 5! This year the starting point of the race will be at the Skyway Alabang tunnel along Alabang-Zapote Road and it will be the first ever marathon to start at midnight!

The Condura Skyway Marathon 2012 is raising funds for the benefit of the mangroves forest in Sibugay Bay in Zamboanga. Every runner means three mangroves saved. Everyone should join as there are distances for all runners, from 3K to 42K. Register before Feb. 1. Check details at www.pinoyfitness.com.

Let me end this Sunday with an appeal to all the art lovers out there to support the Asian Cultural Council Philippines Foundation, which is having its annual fundraising art auction Feb. 4, 4 p.m., at Finale Art File, La Fuerza Compound, Chino Roces Ave., Makati City. Preview of artworks starts a couple of days before the auction, but an online catalogue is already available at www.asianculturalcouncil.org.

The ACCPF is now entering its 12th year and, as always, it supports Pinoy artists through its Fellowship Program. This year the aim is to support four or five grantees.