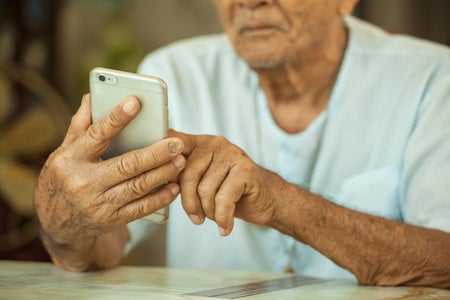 A ninety-year-old man from Shanghai, China inadvertently found his children when he resorted to a matchmaking agency in search of a new wife.

The nonagenarian, surnamed Qin, is a former People’s Liberation Army soldier. He had been divorced for over 40 years, as per Kankanews.com via South China Morning Post on March 8, and lost contact with his children over the years following the separation.

Qin attempted to search for his children years prior, but was unsuccessful when he discovered their old phone numbers no longer worked.

“I was missing them,” he was quoted as saying. “I then became despondent [for not finding them].”

Qin has been single and alone since his divorce; with no wife and children, he stayed at an elderly facility at one point, but moved out.

“I stayed at a senior citizens’ care center for a month, but it felt like an isolated island,” he said. “So I left the place and moved back home.”

Due to his loneliness, Qin went to a matchmaking agency just this March to look for a new wife. But in a turn of fate, the visit led Qin not to an other half, but to his children he searched decades for.

One of the employees of the agency, identified as Chu, was apparently a friend of Qin’s ex-wife and promised to help him find his kids, as per the report. His ex-wife, however, passed away eight years ago.

Qin’s daughter, who was not identified in the report, left Shanghai to live in the United States around twenty years ago when she married an American. She now has an 8-year-old son. It was reported that Qin was also able to find his son, but not enough details were made available.

Since finding each other, Qin and his daughter finally got to talk to each other on the phone via a social media app. He also spoke to his grandson, whose Mandarin was “not bad” for his age.

“It’s good to know that you have a happy life,” Qin was quoted as telling his daughter. “I miss you. I am waiting for you to come back.”

Qin’s daughter and her family plan to visit him in Shanghai this coming June for their much-awaited meeting. Cody Cepeda/JB