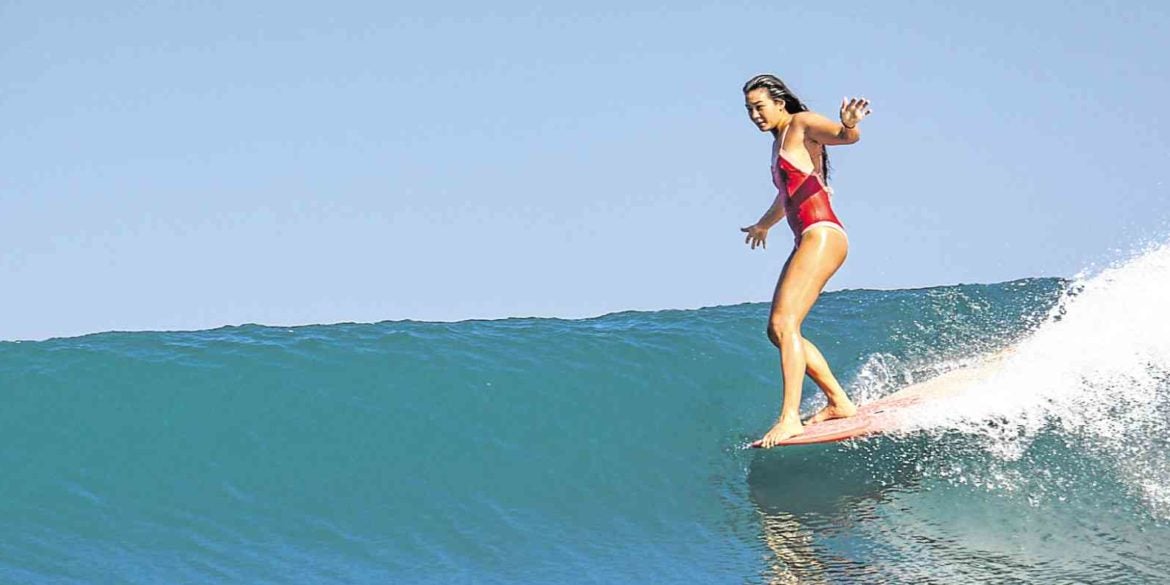 At Single and Unattached 2019, surfers stick to their style—and come together for camaraderie, competition and a common cause

With February came San Juan’s annual tradition: Single and Unattached (S&U) 2019. A surfboarding competition, S&U highlights the art of single fin longboard surfing, a classic technique from the sport’s golden age that does away with leashes and ropes—hence, the double entendre of a moniker.

Due to weather forecasts on the days of the competition (Feb. 15-16), the contest proper was moved to an earlier date, the elimination round held Feb. 11-12 at the Monaliza Point surf spot.

The change in schedule did not put a damper on the eagerness of the participating surfers. Judges Carla Rowland Zamora and Ian Zamora had their work cut out for them.

A surprise award was also given to La Union surfer Jay-R Esquivel, who received an all-expenses paid trip to Hawaii, for two weeks including a media package to cover his “representation of Pinoy aloha” at the surfing destination.

The event had a kickoff party on Feb. 9, welcoming local surfers and international competitors. Many return for the contest, where team spirit and mutual support prevail over cutthroat rivalry.

This was the vision of Buji and Nikki Libarnes, the founders and primary organizers of the event, and owners and designers of San Juan’s Vessel Hostel. The hostel was built to foster community and conviviality; S&U was their means of expanding that dream.

“We wanted to make an event that was more fun, laid-back and accessible to Filipinos and beginner surfers,” said Buji Libarnes as we dined on the hostel’s vegan food bowls. He recounted the story of how S&U began seven years ago, when his small group of peers fell in love with the discipline of logging, a style of surfing using a type of longboard.

“It’s not about skill, it’s about a love of the culture surrounding logging,” he explained.

“Good vibrations, respect for one another, not being too aggressive,” they sounded off the many aspects oif the competition that continued to attract its regular lineup of  participants, “it’s becoming a big reunion among logging friends from around the world.” “You have this global tribe of people and once a year you all see each other!” expressed Kage Gozun, a returning manila surfer.

With a weeklong beach festival happening around Valentine’s as one of its most distinctive features, S&U has become a way for San Juan to highlight La Union’s distinct culture, breathing more life into the already spectacular surfing community.

The compound found at the very heart of San Juan, for example, has become a bustling hub for creatives and entrepreneurs, along with the restaurants, bars and other establishments in the area.

Chloe Samontanes, a San Juan native and founder of Cutback Barbers, whose surf style is heavily inspired by his breakdancing, emphasized this belief: “It’s a surf contest that focuses on culture and fun, about cheering each other on and enjoying with your friends.”

Surfers from overseas respond well to the warmth and familiarity.

“It wasn’t overly competitive, people weren’t too serious, people knew how to have fun,” said Kaimana Takayama, who was joined by other visiting surfers. They sought out competitions that were more like gatherings, where the participants took things seriously but weren’t out for blood.

‘Trust in your capabilities’

“It’s like a waterman thing,” Takayama said, on what made logging different from its more modern, leashed equivalent. “If you have to be attached to your board to feel safe in the ocean, you’re letting yourself down. You should trust in your capabilities.”

Alex Tomacruz, a resident of the surf town who moved from Manila two years ago, was a part of the group that gave logging the attention it deserved. Her surf style remains a work in progress, but a lot of it is driven by her experience in jazz and ballet. Being a surfer carries over from her respect for nature.

“As things develop, more people flock here to visit, but they don’t think about their impact,” she says.

She feels strongly about the environment, knowing what many stand to lose if it were totally compromised: “Even though we live here, we’re all still visitors.”

The thought is timely, as the competition coincided with Ecology Week in San Juan. One of S&U’s major sponsors, Clean Beach Coffee, hosted an eco-market in Urbiz Garden featuring sustainable products. An environmental forum was held by the chair of Save the Beauty of La Union, Cris Palabay and Ruben Guieb, a retired US scientist, in response to La Union’s recent tangle with a coal plant set to be built in the coastal town of Luna, only 20 kilometers away.

The plant could bring irreversible damage to the local ecosystem, destroying livelihoods and the area’s natural beauty. Community protest efforts have been effective so far at postponing operations, but ultimate success is yet to be determined.

An environmental walk is scheduled for mid-March.

Many participating surfers at S&U were in solidarity with the fight against the coal plant, wearing statement face masks with #CoalFreeLaUnion written across them.

“There is familiarity here,” said Buji Libarnes. “This is home.” —CONTRIBUTED

Single and Unattached (S&U) is a free event held every February. It highlights the life and culture of San Juan, La Union, all while encouraging wholesome competition for single fin longboard surfing.