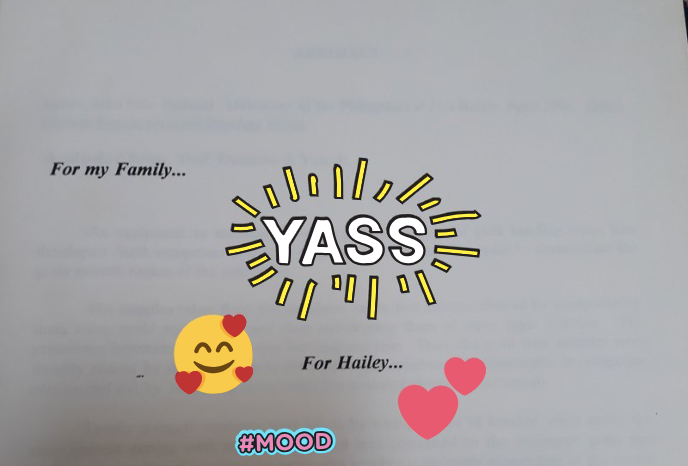 If you happen to be a student, deeply in love with your special someone, will you acknowledge this person in your thesis?

A netizen, Sophia Ferrer, shared photos of her dad’s 23-year-old thesis, which shows him mentioning his girlfriend, who later became his wife.

(Found my dad’s 23-year-old thesis, and there it is, flirty in its acknowledgment, mentioning my mom. [I’m] giddy.)

The thesis dedication read, “For my Family… For Hailey & For the Greater Glory of God.”

One of the photos of the thesis also showed its acknowledgement section, which includes another message for his girlfriend: “Hailey, for all the wonderful moments we shared… for being at my side even at the most worst times.”

The post easily went viral on Twitter, eliciting various kinds of reactions from netizens. But most netizens commented along the lines of “it’s a good thing, they didn’t break up.”

According to Ferrer, her parents came from the same university.

“In fact they were batchmates and under the same college,” Ferrer told INQUIRER.net. “They started being together during 1995, a year after my mom’s graduation and a year before my dad’s.”

As of writing, the post already garnered over 10,000 retweets and 55,000 likes on the social media platform. JB