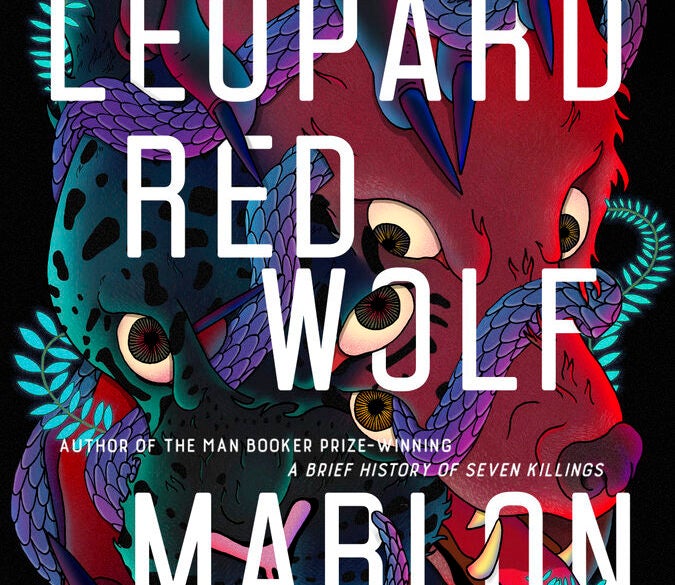 “Black Leopard, Red Wolf” by Marlon James is a serpentine, epic tale set in a fantastic realm of evil monsters and villains and flawed heroes. At its center is a quest for a boy, a child whom we know is dead from the first line of the novel.

James, who won the 2015 Man Booker Prize for his novel “A Brief History of Seven Killings,” a fictionalization of the 1976 attempted murder of Bob Marley and beyond, brings his storytelling acumen to territory more commonly associated with Tolkien and George R.R. Martin.

The hero, if you can call him that, of this Homeric odyssey, is Tracker, one of a collection of characters engaged to find the missing boy. Tracker possesses the nose of a bloodhound or a wolf, but an otherworldly one, capable of hunting down the boy, many days missing and many miles away. The boy is a mystery, perhaps the key to the lineage of kings, wanted by several competing factions.

The story owes a debt to Homer, with a plot that curves and bends and defies a linear path, the ultimate outcome revealed in the opening lines. The story is as much about the storytelling as it is about the tale itself. As with any monumental fantasy saga, “Black Leopard, Red Wolf” hits the required notes — kings, queens and witches, fabulously evocative locales, deceptions and betrayal and more evil monsters than I could count. There were flesh-eaters and bloodsuckers, and a creature with a new favorite name, Omoluzu or Roof Walkers. Though I confess to immediately thinking of Lionel Richie’s song “Dancing on the Ceiling.”

The storytelling is ambitious and enjoyable, and in many places, I’d say even epic. However, there were times when I wanted to put the book down and not return, most often in the first section of the novel and in the final one. At the beginning, I truly had trouble keeping the characters and sequence of events clear in my mind. In the final part, I almost lost heart and could not finish. The story felt like it was taking the Rashomon effect to the nth degree and was retelling the same battles and histories over and again. In the best fantasy series (“Black Leopard, Red Wolf” is to be the first installment of James’ Dark Star Trilogy), the reader wants to finish the tale and get on to the next adventure.

Sadly, that was not the case for me here. Several times during the final 80 pages, I put the book down, afraid I wouldn’t pick it up again.

The best writing, I found, was when James was at his most direct. My favorite lines, “I lived in town, which was a new thing for me. I have always been an edge man, always on the coast, always by the boundary. That way nobody knows if I have just come or was turning to leave” tells me about Tracker in a way that 100 killings and a multitude of foes did not. Tracker is never settled, always moving, always keeping others off-balance. The prose here is simple, direct, to the point, not interlaced with made-up words and multiple characters.

The main body of the novel pulled me though an exciting new world, a fictional African-inspired fantasy realm with lyrical prose and grand adventure, but sadly, I’m not sure I can say I’m excited for the next installment. MKH

A ‘look book’ of cakes