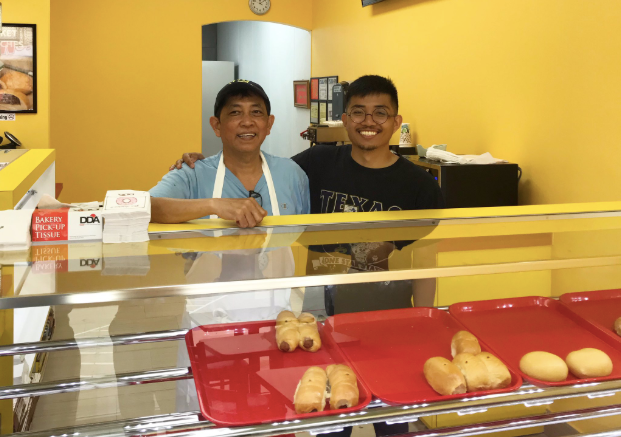 The power of one sweet tweet changed the course of this family’s donut business.

It all started last Sunday, March 10, when Billy By, a concerned son, tweeted a photo of his dad, Satharith By, who looked lonely when no customer showed up in their newly opened donut shop in Missouri City, Texas.

My dad is sad cause no one is coming to his new donut shop 😭 pic.twitter.com/y5aGB1Acrc

Shortly, Billy also posted their store’s exact address with its operating hours. The post also stated the donut shop’s Instagram page, all in this son’s effort to encourage possible customers to drop by the shop.

His tweet has quickly gone viral, and in an instant, he was able to touch the hearts of netizens who went out of their way to come and have a taste of some of the pastries.

In another tweet, Billy expressed his gratitude for all the love and support shown to his family by people who keep on cheering them: “Thank you all so much! My heart is full (heart emoji).”

So overwhelmed by all of the support and love. Thank you all so much! My heart is full ❤️

The next day, customers started flowing into their store. The family had all their goodies completely sold out.

Aside from the regular donuts, they also offer jelly-filled donuts, kolaches, croissants, biscuits, plus beverages that would match customers’ bread of choice.

On March 11, Billy tweeted a photo of him with his dad, now all smiles. He gave fellow netizens an update, “We completely sold out of donuts and kolaches! You are all amazing. I can’t thank everyone enough for coming out and supporting local businesses. This means so much to my family.”

Just wanted to update yall! We completely sold out of donuts and kolaches! You are all amazing. I can't thank everyone enough for coming out and supporting local businesses. This means so much to my family ❤️ pic.twitter.com/o3GQcKvVnG

The incredible moment even made the Twitter team notice the family, as the team itself went for a visit to Billy’s Donuts.

You donut want to miss out on Billy’s and neither do we! We’ll be there tomorrow morning 🍩♥️#LoveTwitter https://t.co/NpTAXW4R53

As a gift, the Twitter team gave them a brand-printed yellow shirt, of the same color as the shop’s interiors. Billy in turn thanked them in a tweet on Monday.